At this Marrickville banh mi shop, the rolls are stuffed with house-made braised pork belly and hunks of chicken. Some are comparing it to a hugely famous spot in Vietnam (one that Anthony Bourdain described as the best in the world). 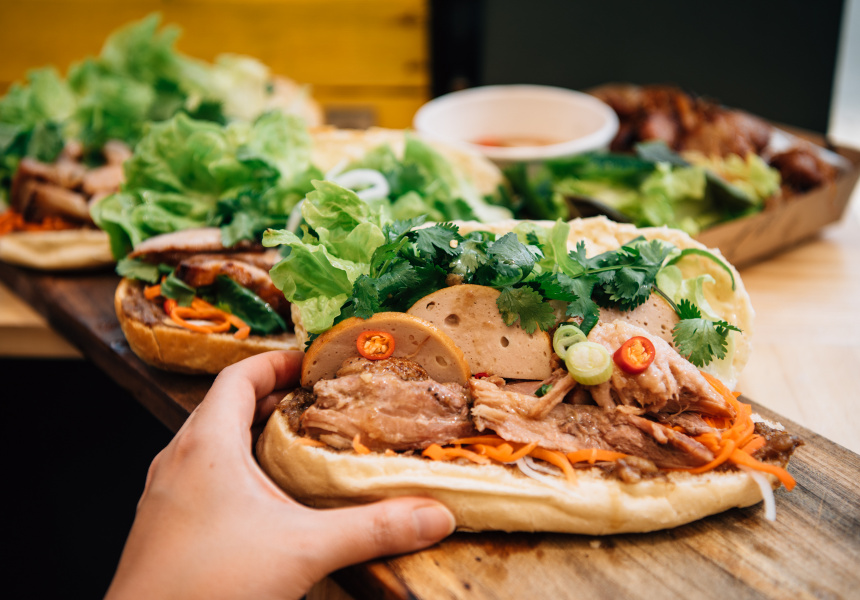 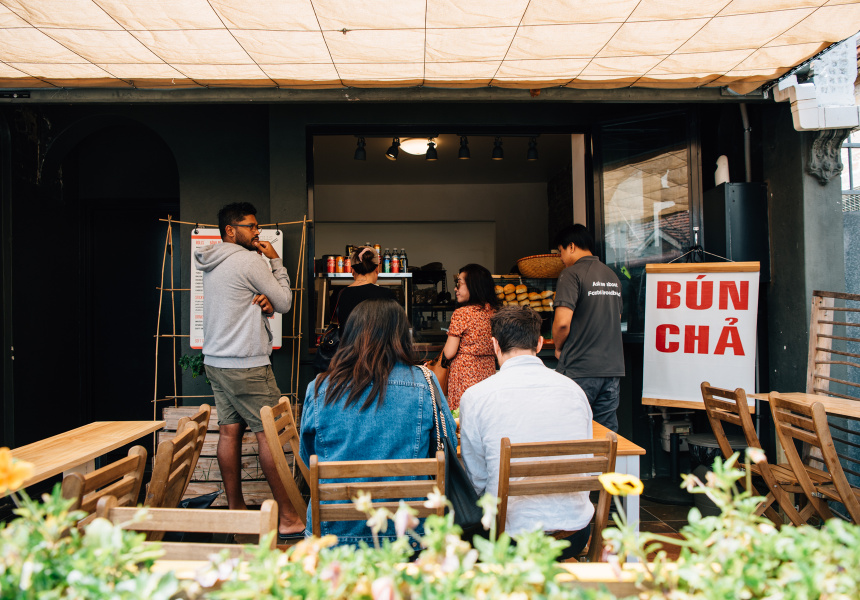 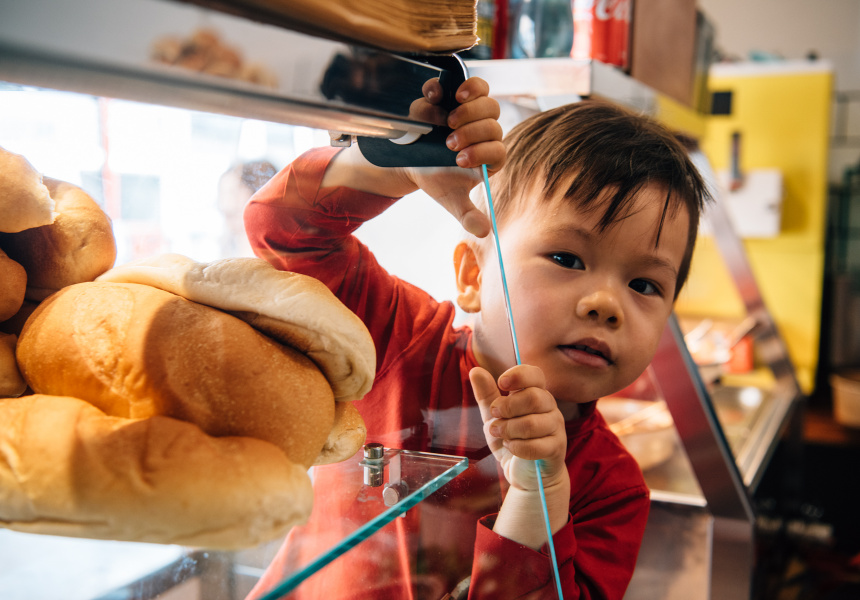 Alex ‘N’ Rolls serves incredibly meaty banh mi. It’s $6 and layered with hunks of pork belly that are sticky and bronzed from being braised for four hours in a slightly sweet Chinese-style soy-based sauce. The $5 chicken roll is a similar story: jammed with about as much shredded meat as you could fit in a rowboat. They’re both dense, warm and come with the knowledge you won’t have to eat again for hours.

And that’s exactly how Phu Cuong Nguyen and Minh Anh Ho want it. The duo met more than 10 years ago at an Australian grape farm where they were working as pickers. Ho had plans to open her own restaurant in Sydney (she’d come to Australia from Vietnam to study hospitality) but needed experience. The two spent the next decade working in banh mi shops across the city, gaining skills and plotting about the moment they could open their own shop – one that did things a little differently. They opened Alex ‘N’ Rolls in January 2019.

Their banh mi begins like others: with pate, mayo, lettuce, pickled carrot, radish, cucumber, onion and coriander. But that’s where the comparisons stop. Rather than the usual “mystery” luncheon meats (which almost all banh mi shops purchase from big Vietnamese suppliers), Alex ‘N’ Rolls prepares all its meat in-house each morning at 3am. As well as the pork belly, there’s bronzed, juicy roast pork and barbeque chicken that gets shredded into hunks. It’s all kept in a hot station, so each banh mi sold is packed with hot meat.

They don’t have the space to bake their own bread, but they get a Vietnamese baker (the Bakers Delight franchise owner at Marrickville Metro) to make it how they like it: doughy, dense and with a medium crunch – enough to hear the crust crumble when you bite in, but not enough to make a breadcrumb diaspora on your lap.

Many of Alex ‘N’ Rolls’s Vietnamese customers liken the experience to Bánh Mì Phượng, a wildly popular banh mi shop in Hội An, Vietnam – one that Anthony Bourdain described as the best on planet Earth. Ho tells us she wants to replicate the flavours of Vietnam as much as possible – not Bánh Mì Phượng specifically, but her memories of eating them.

She’s happy with her progress but says she hasn’t perfected it just yet; she still needs some speciality Vietnamese ingredients. Most of the fish sauces available in Sydney are from huge commercial factories – Ho wants to get her hands on the small-batch homemade producers she was used to in Vietnam. Also, the spices are different, she tells us. The star-anise and cinnamon she finds here are generally imported from China or Thailand and taste and smell vastly different to the Vietnamese-grown varieties.

Nguyen and Ho hope to introduce more items to the menu, particularly pho, but they’re having a serious debate about what style. Nguyen is from the north of the country and Ho is from the south – two vastly different culinary regions. So far the only non-banh mi option to make the permanent menu is xôi thập cẩm, a dense log of sticky rice topped with fried egg, pork floss, fried shallots, cucumber, pickles and some of those saucy meats you get in the roll. “We used to eat this every day for breakfast, I’m so happy to see people eat this at my store,” Ho says.

This article first appeared on Broadsheet on October 31, 2019. Some menu items and details may have changed since publication.