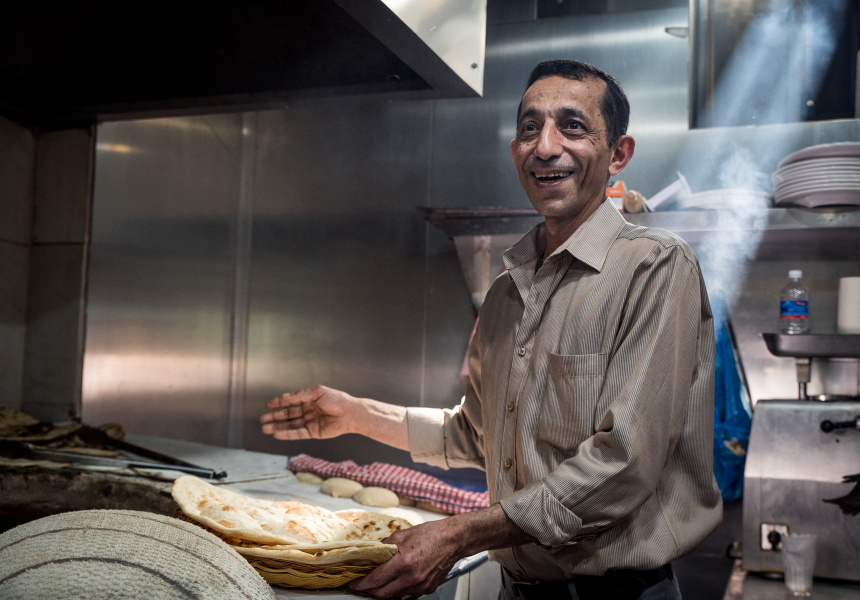 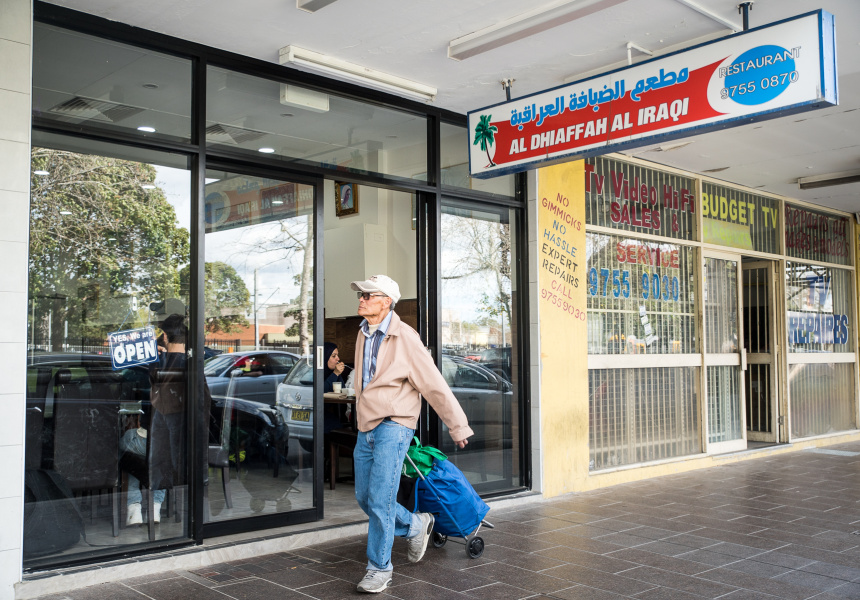 Midday on Friday in uptown Baghdad, families are gathering for their weekly feast. Awaiting them are tables stacked with tandoor-roasted flat breads; pots of lamb shanks glistening in tomato stews; and bowls of creamy hummus, smoky babaganoush and baked beans.

It’s not the Iraqi story we’re used to hearing but it’s exactly the story that Hassan Mahady wants to tell. About food and culture, the bright side of Iraq, he says. Mahady is the owner of Al-Dhiaffah Al-Iraqi, one of the first – if not the very first – Iraqi restaurants in Australia.

Sydney's Iraqi community was growing rapidly from the late '70s onwards and Mahady, who’d been working as a restauranteur in Kuwait, Morocco and Thailand, heard about it. “I knew there was a lot of Iraqi people here because they would come to Thailand as tourists and visit my restaurant,” he says. There wasn’t anything like it in Sydney and they pleaded with Mahady to bring his food to Australia. “They missed Iraqi food,” he says. He opened Al-Dhiaffah Al-Iraqi in 1997.

What they missed most were the traditions and dishes of the Iraqi family feast. Such as tishreeb laham, a tomato and preserved-lime stew with lamb shanks served on bread. It usually comes with a biryani-like rice dish called koozi that’s mixed with dried noodles, lamb and preserved fruit. The rice itself is incredibly fluffy from being cooked twice; first boiled and then drizzled in oil and steamed. Then there’s the various kinds of tandoor-roasted kebab skewers.

His specialty is something too elaborate for the average Iraqi family meal. It’s called simach masgouf and it’s one of the signature dishes of Baghdad. There the name mostly refers to river fish splayed and slow-cooked over charcoal, but here it comes as barramundi splayed and roasted over a tandoor oven. It’s a slow, smoky cooking method that leaves the skin crisp and crimson and the flesh juicy and tender. At Al-Dhiaffah Al-Iraqi it’s on almost every table along with shinēna, a sour drink that Mahady makes by fermenting yoghurt.

Mahady is a bit of a legend around here. It’s obvious when he leaves the kitchen. Customers stand up to greet him, some affectionately pull his cheeks and others talk and laugh with him as if they’re family. In a way they are. Mahady points at one table he’s been chatting to, “customers for 10 years,” he says. “Them, five years. Him, 10 years. same with all of them.” Surrounding them are scenes from their country. Not the news flashes we’re used to (Mahady decided to stop showing Iraqi TV) but images of 1950s Iraqi streets and the old king. These pictures, like Al-Dhiaffah Al-Iraqi itself, show a different side of Iraq.