A hidden menu of Ghanaian specialities. 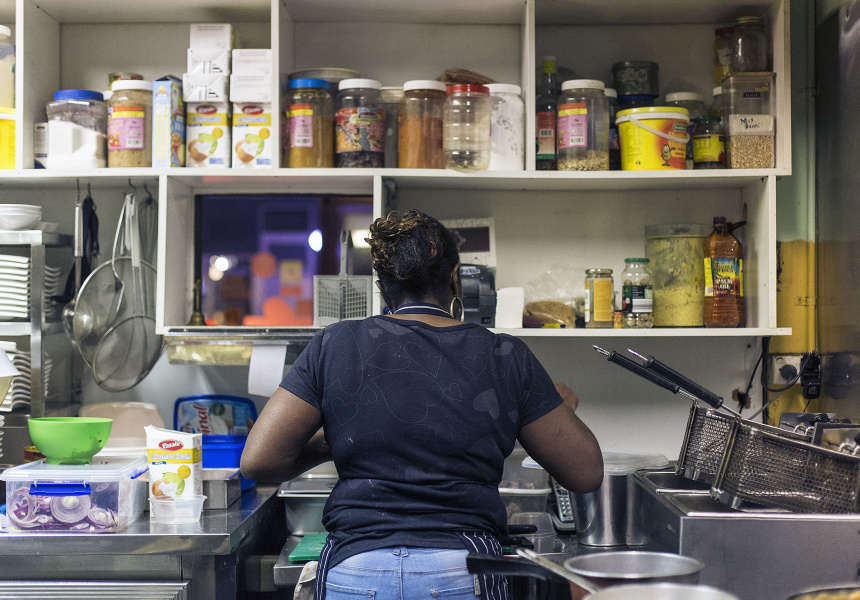 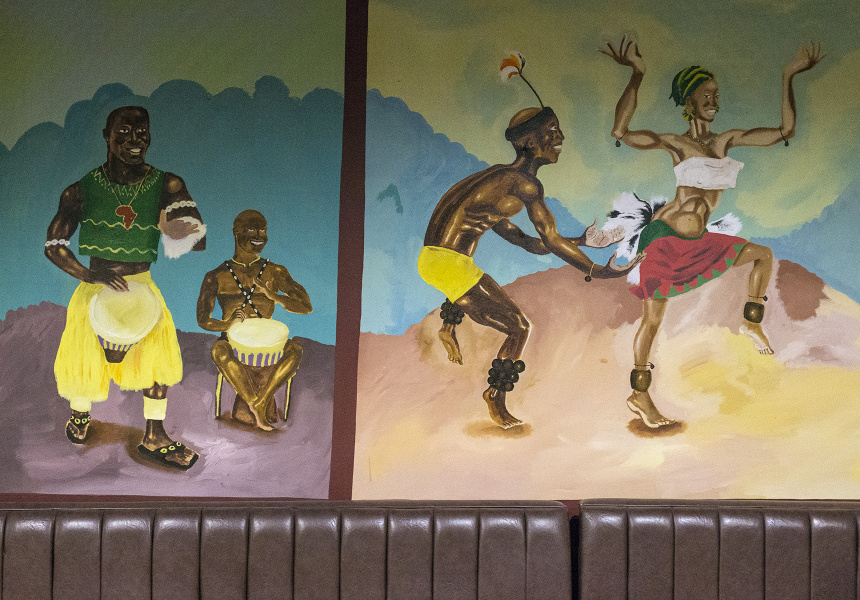 The best dish at African Feeling is not on the menu. What the menu does have is anything and everything from the whole African continent, but nowhere does it say African Feeling is the only place in Sydney to get traditional Ghanaian food.

African Feeling’s owner and head chef are both Ghanaian, and although they’ve been trained to make a variety of different African dishes, their speciality is the food from their home. Owner (and part-time chef) Hudu Al Hassan says the base of every Ghanaian meal is a starchy staple made with either cassava, plantains, rice, maize, beans or yams. Al Hassan’s favourite is fufu, a peculiar and addictive dish made from boiling and pounding yams. It looks and feels like bread that’s been radically under baked so it’s still chewy but not glutinous.

Like most Ghanaian staples, fufu traditionally comes with a soup or sauce, almost all of which are based on a blend of tomato, chili, onion and oil. Although the two most popular Ghanaian soups, groundnut soup (also called peanut-butter soup) and palm nut soup, aren’t on the menu, you can request them. Groundnut soup is a perplexing dish; it’s simply peanut butter simmered, liquefied and combined with tomato, chili, onion and meat. Palm-nut soup is made with a similar process, but instead of peanut butter it relies on palm-nut cream, a rich, crimson paste made by grinding and straining palm fruit. Aside from the unmistakeable peanut-butter taste, they’re most comparable to a tagine: rich, spicy and intensely savoury but not aromatic and thick like a curry.

Ask for your soup and fufu to be served the traditional way and it will come in a gargantuan bowl with the fufu popping out of the centre like an island in a lake. If you want to eat it traditionally as well, simply plunge your right hand (the left hand is reserved for attending more corporal necessities) straight into the fufu. Once you’ve got a swallowable chunk make a little divot to create a mini fufu bowl, fill it with soup and swallow it whole.

From the menu try the bua, succulent hunks of goat slow-cooked in a spinach stew. If plantains (similar to the banana, used for cooking rather than snacking) are in season get some steamed on the side to use like bread or order the kelewele, plantains marinated in ginger, chili and salt and then fried until their corners crunch.

To offset the starch-loading, get Al Hassan’s homemade ginger beer blended with pineapple, cloves, lemon and crucially, old-season ginger. Older ginger is what gives the drink its intense and long-lasting tang. Al Hassan ferments a few bottles a week, because he prefers his to on the more-sour side. Like most of the Ghanaian specialities the fermented version isn’t on the menu, you have to ask for it.