A rare kind of soup dumpling, sweet-and-salty pork belly and smoked fish – some of the best Shanghainese food in Sydney. 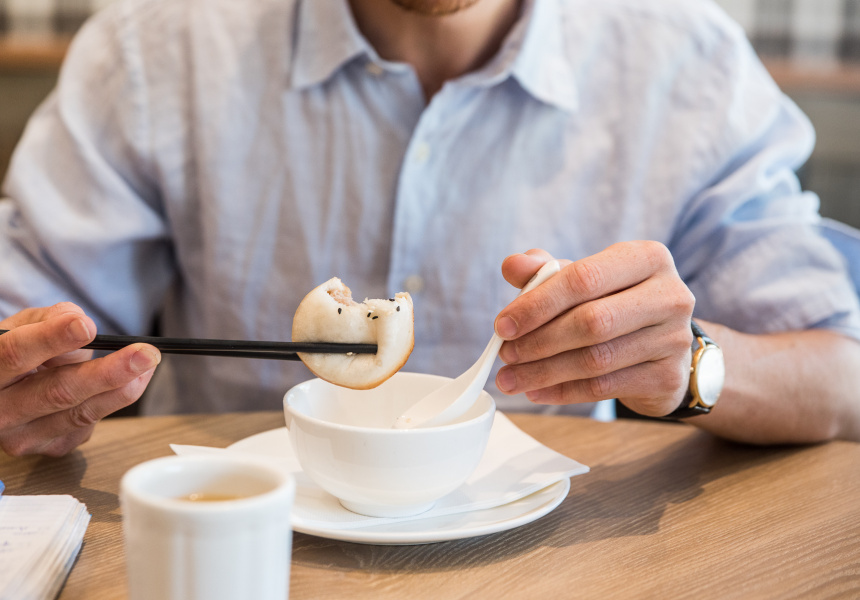 Almost everyone interested in dumplings will have a favourite xiao long bao restaurant in Sydney. They’ll probably say Taste of Shanghai, Din Tai Fung, New Shanghai or maybe a local equivalent. What about sheng jian bao though? It’s a spherical, doughy dumpling finished off in a frypan to give it a flat, browned bottom. In Shanghai they’re immensely popular but here no-one seems to talk about them.

That may be because Sydney restaurants haven’t focused on perfecting them. Besides 257 Home Kitchen. Here you can hear the crunch as you bite into the sheng jian bao, the top and sides are doughy but not soggy and the soup inside is rich and hot. Biting into one prematurely is the cause of many peculiar facial burns (lips, tongue, nasal cavity, you name it). John Zhong, 257’s owner, tells us how to eat one. First dip the dumpling in vinegar (almost every Shanghainese dish is served with vinegar) then take a bite near the top. Once the soup has taken a moment to cool, use the dumpling as a cup to sip and try the broth on its own. Finally with hopefully with a bit of soup left inside, pop the rest in your mouth.

Shanghainese dumplings are one of the specialities at 257 Home Kitchen. However, the reason the restaurant has such a good reputation within the local Shanghainese community is because of their home-style cold dishes. Things like the drunken chicken (it gets its name and powerful flavour from a long marination in Chinese sherry); sweet-soy seitan (a spongey and chewy gluten-heavy wheat product) with braised wood ear mushrooms, peanuts and bamboo shoots; or sweet-soy-braised pork belly with quail eggs.

The sweet-and-salty combination, which comes from marinating or cooking things in soy and sugar, is a common part of Shanghainese cooking. Zhong says it contributes to Shanghainese food’s reputation for being predominantly brown and one of the more flavour-intense Chinese cuisines. “That colour is the Shanghai style,” he says, pointing at the almost monotone cold dishes.

Recently though, the city has been shifting away from high-sugar, high-fat meals – a trend Zhong is trying reflect at 257 Home Kitchen. His cold entrée of smoked fish is a good example. The traditional version of this dish is extremely sweet but Zhong’s chef Joe Zhou (ex-Taste of Shanghai) prepares a subtler version so the flavour of the fish is more prominent.

People are more health-conscious he says, which may be why jiuniang (a fermented glutinous rice pudding) is such a popular dessert there. It’s slightly less thick than congee, a little alcoholic and not particularly sweet. Also in the dish is tang yuan (soft black-sesame-paste-filled glutinous rice dumplings) and a sprinkling of dried osmanthus flowers. 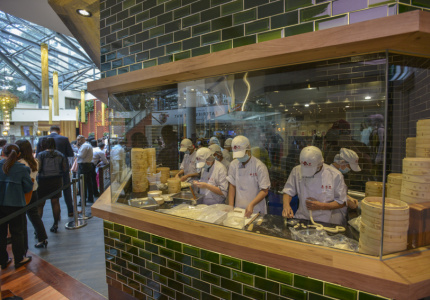