Line Up For Assembly

Situated amidst an arid expanse of notoriously sub-par cocktail bars, Assembly emerges as a welcome oasis of balanced cocktails and tasteful décor. 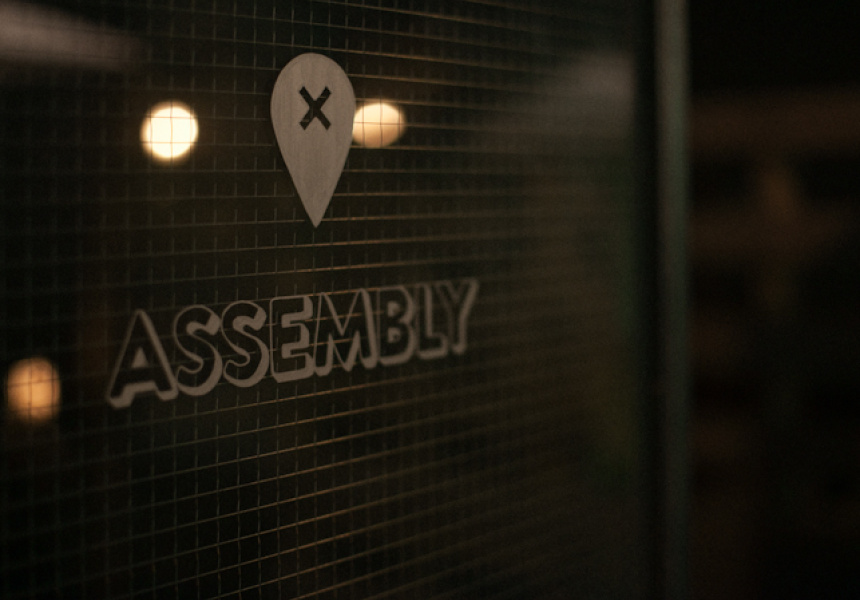 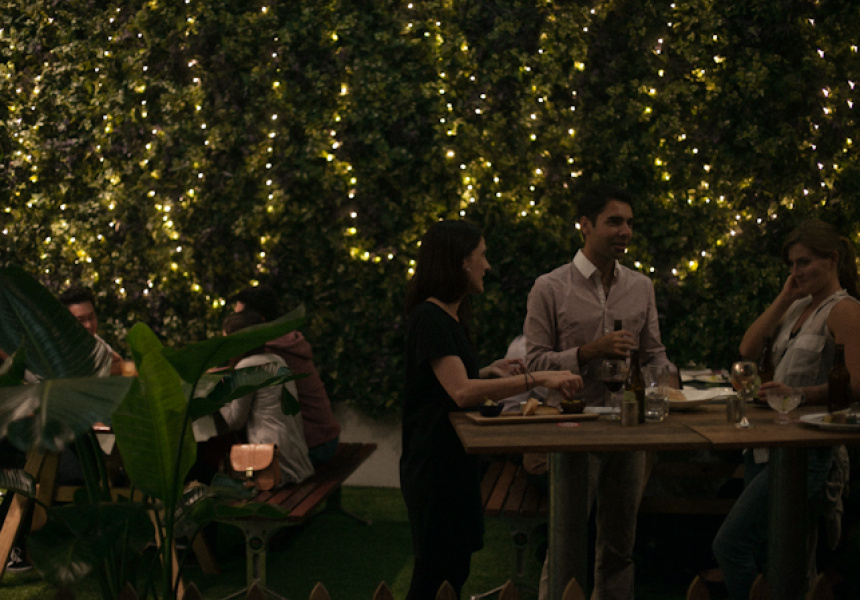 In recent years, combining the terms “awesome cocktail bar” and “Sydney CBD” would have formed a rather preposterous oxymoron. However, since the advent of Sydney’s small bar scene, cocktail spots like Assembly are thankfully gracing Sydney’s innards for the first time.

Owned and operated by Ben Touass – the very French, very inspired mind who launched Darlinghurst’s Pocket Bar – Assembly manages to merge childish abandon with a great deal of taste and refinement. Descending the escalator from George Street, you can look down on Assembly’s artificial courtyard, complete with Astroturf, picnic tables and enough plastic ivy to consume a rather large wall. Its kindergarten qualities immediately conjure memories of recess and hopscotch, although the name Assembly doesn’t refer to any deliberate theme.

Inside, the mood takes a less adolescent turn. The warm glow of industrial lights illuminates sections of the open-plan space, while makeshift walls constructed from loading pallets split the room into more intimate squares. A set of spiral stairs ascends to a lofty lounge area above the bar, where an ingenious drink-elevator hoists refreshments from the bar below. A few subtle luxuries serve to enrich the venue’s character, like the bar top carved from a century-old bridge and the spiral iron staircase lavishly imported from provincial France.

Prepared with ninja-like athleticism, Assembly boasts a swathe of classic, original and sponsored cocktails. Doing away with longwinded sensory descriptions, they appear on the menu as simple equations like “2 x (gin + maraschino liqueur + green chartreuse + lime juice) shaken & strained + chilled martini glass = Last Words”. There’s a creative and semi-scientific style to some cocktails such as the Lavender Hill Cappuccino, a concoction of French rum, lime and cloudy apple juice with a thick apple and lavender foam garnished with a pop-rock filled mint leaf.

An equally creative food menu goes beyond the realms of snacking, encompassing soul food and sizable share plates that compliment wine and cocktails alike. Anything from their selection of gourmet hotdogs would be our recommendation.

So next time your foraging for cocktails at Sydney’s centre, or hankering for pork and fennel hotdogs with wasabi, Assembly is the perfect place to assemble.