Cornersmith’s resident cheese maker and educator talks with us about her passion, and why we should all learn how to make our own. 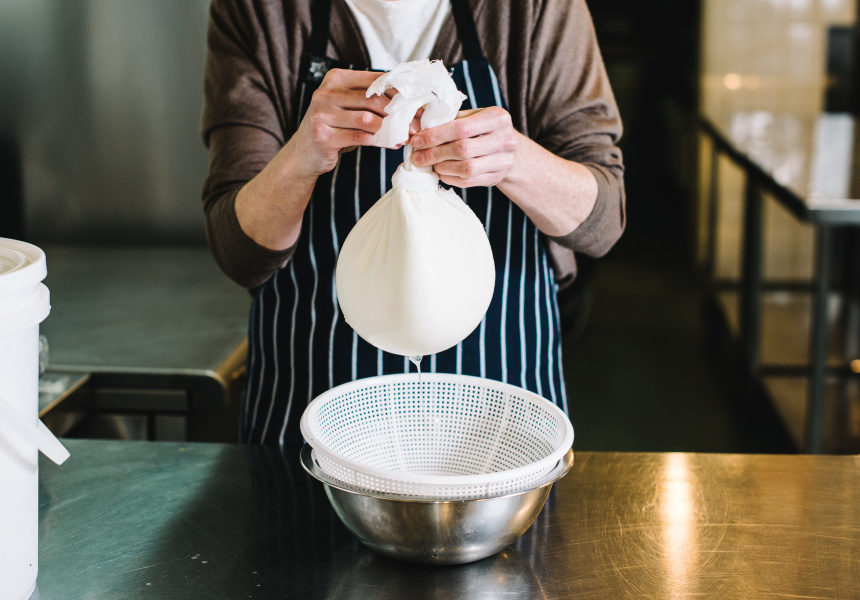 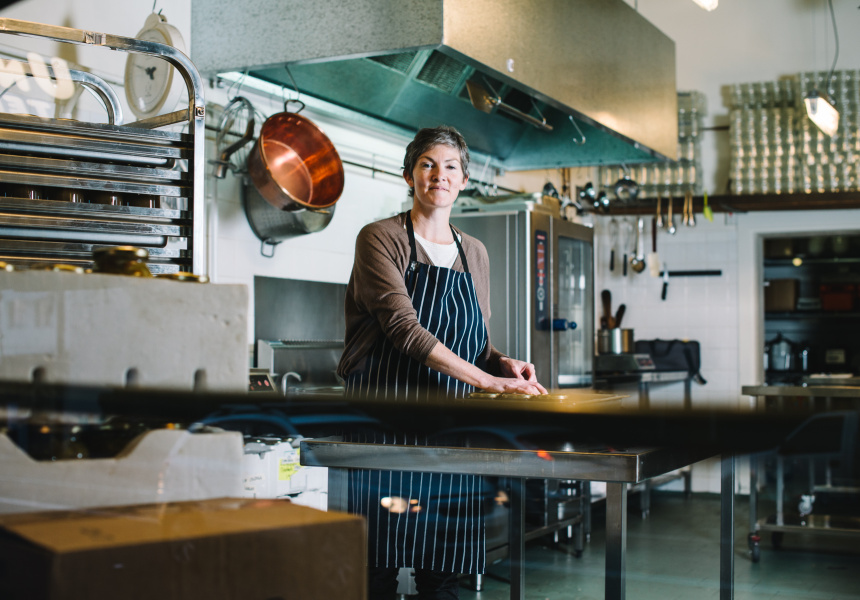 “Feel free to ask any questions,” says Kristen Allan, smiling. “I tend to ramble when it comes to cheese.” Allan is addressing a small group of wide-eyed individuals, nestled around a table in the kitchen of the Cornersmith Picklery in Marrickville. It’s a cool Thursday evening, but the kitchen glows warm out into the darkness of Illawarra Road. On the table is a plate of fresh ricotta, and another of creamy labneh with baked flat bread to try. Allan is running through the steps of her ricotta recipe, in a cheese-making class that will also cover dried ricotta, yogurt and muslin strained labneh. Armed with a pot of fresh milk and pouring cream, sea salt, lemon juice and a thermometer – the group pairs off to begin their first attempt.

This class is one of two cheese-making courses Allan hosts at The Picklery. A longer Sunday workshop teaches the basics of feta and haloumi. Classes are described as “hands-on, relaxed and educational” and each begins with a sampling around a communal table and a sip or two of some local, natural wine. Allan is one of the founding members of Full Circle – the community of food enthusiasts responsible for guerilla dining experiences including (the sadly missed) The Eat In warehouse pop-up in Chippendale active in 2013. While Allan is passionate about food and the experiences around it, it is specifically cheese that has her heart.

As for how her fascination for cheese and cheese making begun, Allan says, “There’s not really a story. I’ve just always really loved cheese.” After a stint in the corporate world in marketing and PR, Allan decided to take the advice of a friend who suggested she simply follow her passion. “She said, ‘you know you should do something with cheese. Your eyes light up when you talk about it and you know so much about it!’ So I guess that’s how this all began,” Allan says.

Allan sees her cheese making as a journey, one that has taken her all over the world, and one she is still investigating and enjoying. She first honed her craft under the guidance of veteran master cheesemaker Neil William at what is now the Artisan Cheese Making Academy in South Australia. “He was very scientific about the process which gave me a good background in the science of cheese,” she says.

In Spain, Allan met cheesemaker Maria Orzaez in a tiny village north of Seville. “She made the most delicious unpasteurised goat’s cheeses and was so generous with her knowledge and time. She had such a tiny set up – so I realised you don't need a big factory to make cheese. It was such a beautiful, magical place. After I came back from Spain I just knew I had to start making cheese.”

She also spent time with a small producer of handmade goat’s cheese near Cygnet in Tasmania. “I worked on the farm looking after the goats, as well as making lots of delicious goat’s cheeses,” she remembers. “I also spent a good amount of time in their cellar brushing cheeses. Ah the smell of that cellar!”

When making her cheeses, traditional and small-batch methods are key for Allan, as well as using quality local ingredients and avoiding excess wastage. “I love reading stories about traditional ways of making cheese,” she smiles. “Like using natural plants like cardoons or fig sap to make cheese. Maturing cheeses in earthenware crocks. Using different alcohols to wash cheeses. I want to think outside the box.”

Now at the top of Allan’s wish list is a proper maturing room so she can experiment more thoroughly and delve into the world of washed-rind cheeses. For the moment, however the focus is on fresh cheese – she makes yoghurt, ricotta and buttermilk ricotta to sell. “I use Pepe Saya’s buttermilk,” she explains. “It’s his waste product, but it is turned into this beautiful buttermilk ricotta.”

Cheese aside, Allan’s classes and workshops act as an extension of her overarching philosophy of food – and a similar sentiment flows through the Full Circle concept and the idea of experiencing and sharing food together. “It’s easier to learn how to make things with your hands when someone shows you, rather than trying on your own. I think people want that community with their food again. I think it is part of the connection we want with people.”

Upcoming classes and workshops are listed on her website.