There are only six items on the menu and they’re $12 and under. 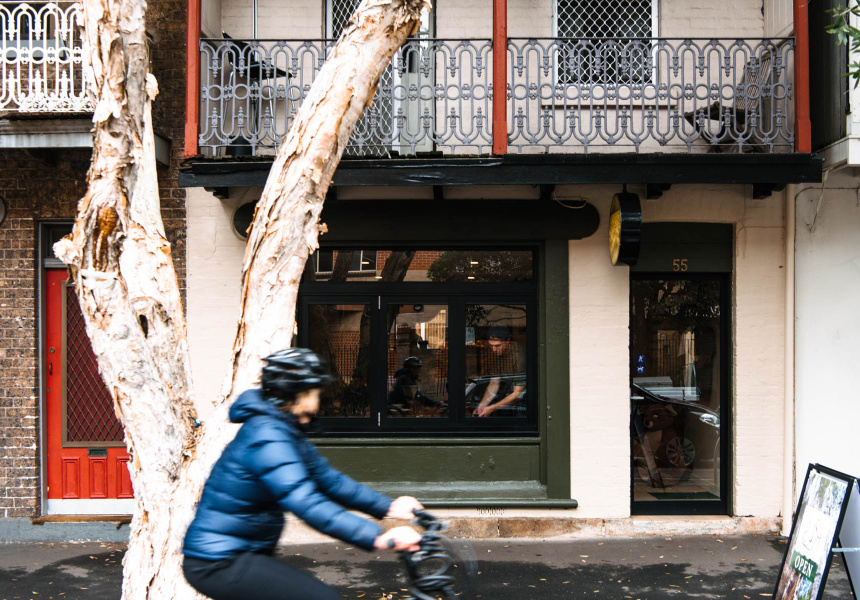 Grant Lawn tells us Bush is an Australian restaurant. Very few people tell us their restaurant is Australian – usually only when they have lofty ideas, expensive menus and long wine lists. But Lawn’s eatery is the opposite of that. When he says “Australian”, he’s thinking about the bush. “What's the most Australian thing? It's the land and our nature. That's where [our ideas] start.”

The menu has only six items and they’re $12 and under. The single main is an American-style cheeseburger with meat, cheese, pickles and sauce, but the patty is encrusted with a layer of caramelised speck. There are side orders of vegetables – potato and cauliflower dressed with green tahini, capers and smoked almonds while we’re there – and chips dusted with white pepper. There’s also a party pie filled with curried kangaroo.

“The idea was to push the kangaroo industry,” Lawn says. “There’s an overabundance of kangaroos … People have to cull them in the thousands, and they get left to rot in fields. This is my part to put kangaroo at the forefront. The idea for the pie was just to put [kangaroo meat] in the most familiar format.”

Two desserts round out the list: a bread-and-butter pudding with hundreds and thousands, and grapefruit drizzled with Lawn’s grandma’s honey.

All of the food is served in the most relaxed atmosphere you can imagine, with waiters who treat you like friends and a dining room made from bits of bush – tree-stump stools and tables from single rough cuts of a tree trunk. There’s plenty of Australiana, including stuffed marsupial toys and a motley selection of twigs, branches and native flowers. “I am not afraid to put a bit of cringe out in the world,” Lawn says.

The outdoor dining room feels like the communal dinner space at a school campground. “When I was looking for a space, finding an outdoor area was number one. Spending time outdoors is a very Australian thing, we're lucky to be able to do it almost all year round. The other was sandstone; there is a tiny bit of that out front.”

In the future there’ll probably be more bush, more kitsch and more menu options, but which will come first Lawn isn’t sure yet. This is his first restaurant since running a market stall by the same name, and he tells us he’s still figuring a lot of it out. “We'll be doing a lot of specials. We want to grow and be creative,” he says. “Whenever I go to a new city, the first thing I do is look up where the best food in town is. That will give me an insight into the area. If people look us up when they're looking for Sydney food and they have a good, quintessential Sydney experience, that's the dream.”

This article first appeared on Broadsheet on August 1, 2019. Menu items may have changed since publication.