Kitchen By Mike - A Farmhouse in a Factory

Based in an abandoned canning factory in Rosebery, Michael McEnearney chats to Broadsheet about his new sustainable cafe. 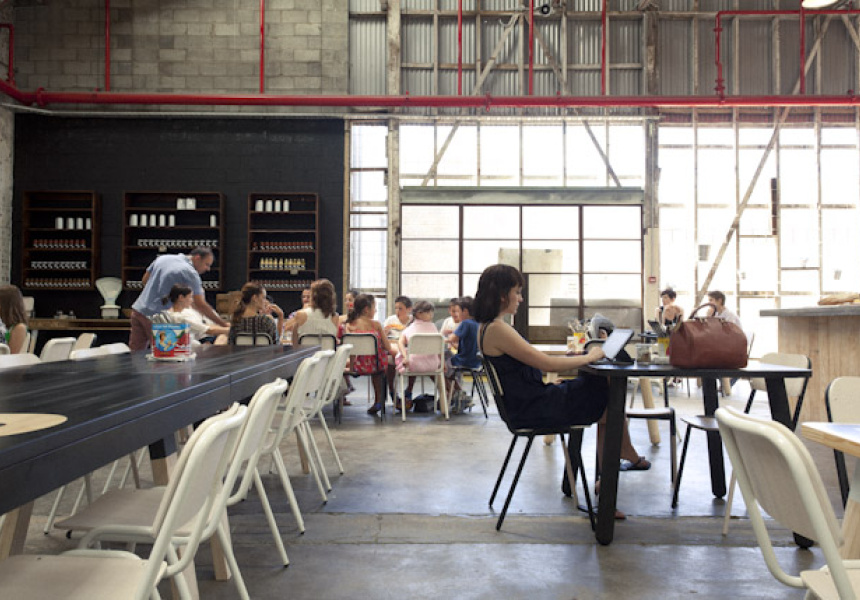 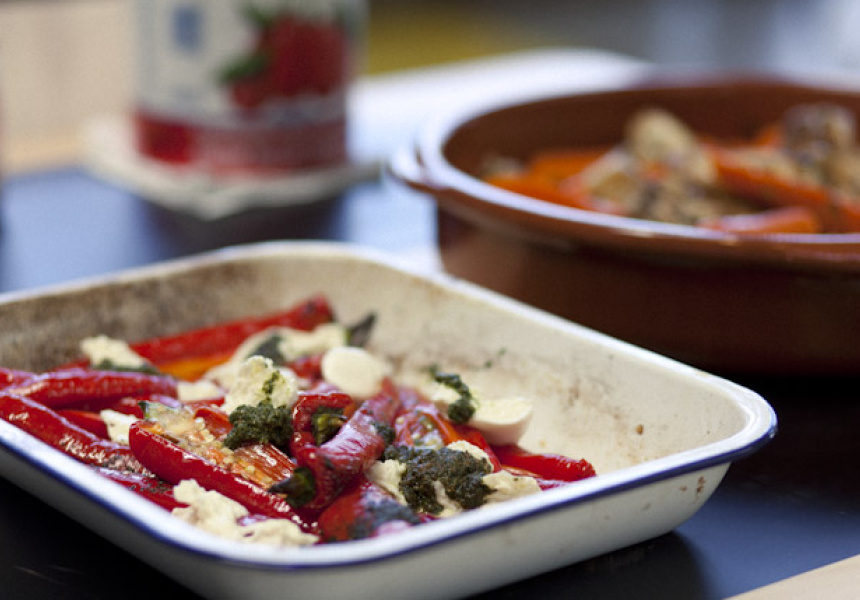 Michael McEnearney is incredibly nonchalant for a chef of his calibre. Taking the tour around the old canning factory that houses his new cafe, it’s hard not to expect some profanity-ridden outburst, divulging his inner Gordon Ramsey.

But McEnearney defies such assumptions. Even after five years of forging himself at the stress-laden helm of Rockpool, he has managed to retain a modest and carefree nature. In this sense, McEnearney is a living metaphor for his new cafe, Kitchen By Mike.

“It’s home-style cooking,” claims McEnearney, his voice laced with genuine excitement. “There’s no menu; we’re working with highly seasonal produce, so what stands out at the local market will dictate what we cook on a daily basis.”

By adopting such a seasonal and creative approach to cooking, McEnearney hopes to avoid the pitfalls of fixed menu dining. “All produce is subject to seasonal change and I believe in working with the freshest available on any given day. That’s something we can’t achieve with a repetitive menu,” he says.

But even McEnearney admits to the difficulties of such an impulsive, fluid menu. “There’s a great deal of trust involved with this style of service,” he concedes. “What we offer one day may never be seen again. That’s something that demands a great deal of confidence on the part of our customers.” Though that’s a sentiment his elated clientele doesn’t seem to share as they line up in droves.

“Food is served in a canteen style,” explains McEnearney, wandering towards an enormous cement bench piled with wooden boards, woven baskets and large terracotta pots. “Everything is priced by the scoop or piece,” he continues, gesturing to the vibrant scattering of colourful foods spread across the counter. “Typically, we’ll offer a pizza, two or three proteins, five salads and a few sweet components.”

Fresh juices, smoothies and a novelty-sized vat of organic wine sit at the edge of the concrete bench, but it’s the Synesso Hydra (espresso machine) pumping out Five Senses coffee that’s particularly exciting. “Our staff are training with Ben Bicknelle,” smiles McEnearney, dropping the name of the international coffee judge and cupping champion. There are also plans to serve filter coffee in the coming months.

The cafe shares its factory space with Koskela, a designer furniture and Australian craft dealer whose owners – Sasha Titchkosky and Russel Koskela – are responsible for the bulk of the décor and design that accents the space. What immediately catches the eye is a pair of oversized wicker lamps suspended from the tall ceiling.

Outside, Kitchen By Mike literally becomes a work of art. That is to say, the entire decking framework comprises the remnants of Happy Talk, an art instillation created by Liane Rossler (ex Dinosaur Designs) and Heidi Dokulil that once stood in Hyde Park. “The idea of reusing and recycling is consistent with the attitude we’re trying to cultivate,” says McEnearney. “There’s also a entire wall in Koskela made from the crate our wood fire oven arrived in.”

“The space is still evolving,” says McEnearney, hinting towards his extravagant plans, which include the already underway herb garden, beehives and an additional courtyard. “There are so many exciting things to come.”