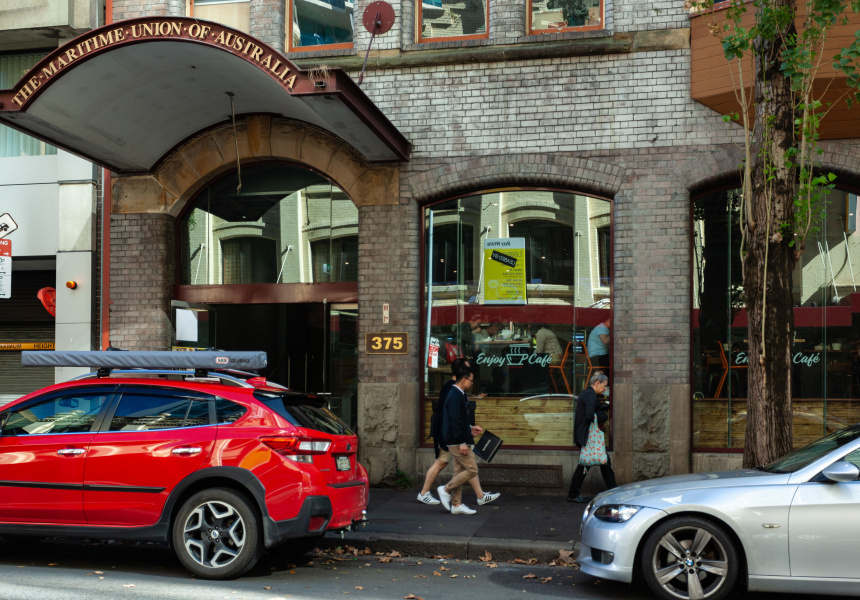 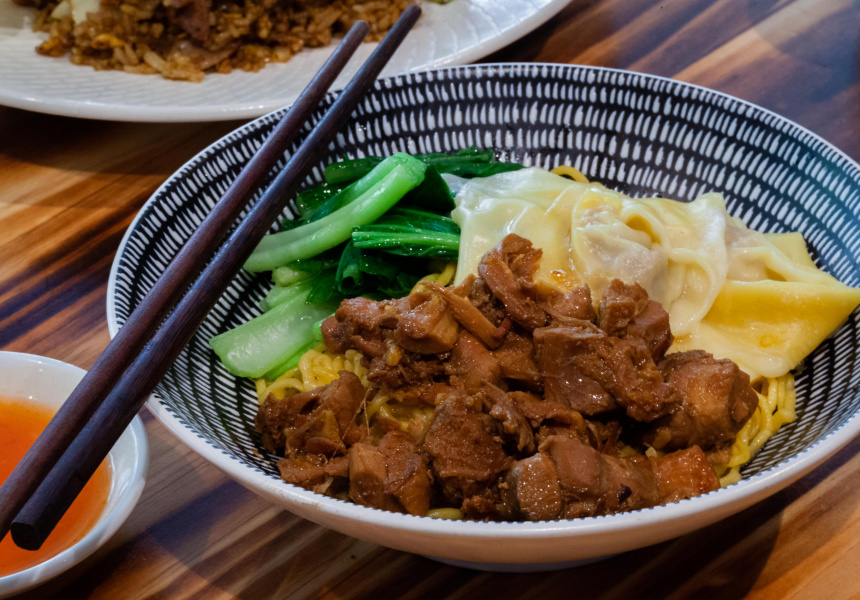 When we first met Benny Chang, Andry Lie and Aldo Muljadi it was in Kensington at Enjoy Mie, a restaurant that had become famous among Sydney’s Indonesian community for serving some of the best Indonesian noodles in the state. This time we’re in the city and we’re talking over iced lattes.

Their original restaurant is now closed, a victim of light-rail delays and the owners’ ambitions. Enjoy Cafe is their renamed second edition, a mixture of the traditional Indonesian fare they served in Kensington and what they imagine CBD workers want and crave, mostly coffee and toast.

There’s also the noodles that got them this far: bakmi, thin egg noodles tossed in soy, sugar, salt and a secret sauce the owners will forever be cagey about. Plus your choice of meat, toppings and sides, such as doughy Indo-style meatballs.

Almost everything else on the menu is new. Excitingly for Indonesians, that includes Jakarta-style bubur ayam, a classic breakfast dish that’s a slightly wetter and sweeter (care of the sweet soy sauce, kecap manis) congee. Others, like nasi goreng and ayam bakar (Indo grilled chicken), aren’t rare in Sydney but Enjoy Cafe does it a bit differently. The ayam bakar comes with a heavy and dark-coloured marinade, leaving the chook sticky, amber-hued and glistening.

The non-Indonesian side of things includes Toby’s Estate coffee and the usual glass-display goods, such as toast and banana bread. Chang has plans to bring in some fusion elements, such as deconstructed coconut pandan drinks and noodles that incorporate non-Indonesian elements. “We don't just want to be about noodles,” he says. “We always try to make something new, something fresh. We want people to know every week or every season we will have something different.”

To match the new concept they’ve upgraded the interiors too, although not much. They’ve brought in some bespoke timber tables and there are plans to add greenery, but for now it’s still a mostly grey warehouse space. The best feature is easily the floor-to-ceiling windows that look onto Sussex Street.

Although they’ve closed Kensington down, one day the owners will move back Chang says. “Eventually we'd like to [open] in Kingsford or Maroubra, because that's where the Indonesian community is.” 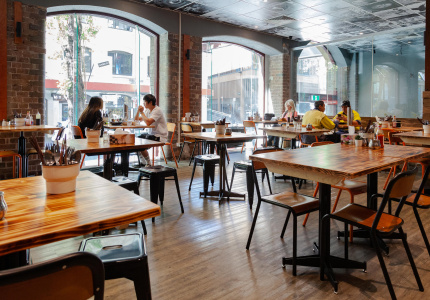