The burger giant will launch its first Australian outpost in mid-2021, with more shops expected to land in the harbour city in future. 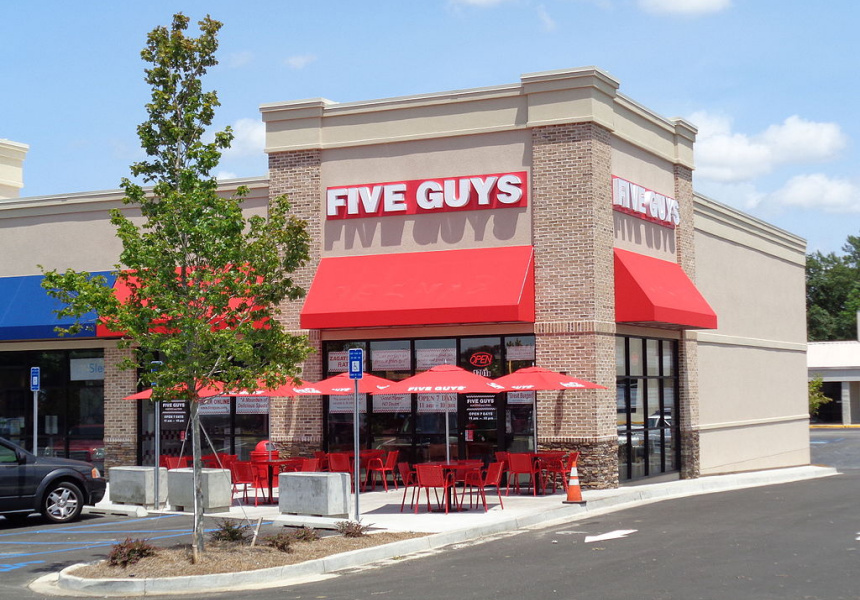 Last year, American burger giant Five Guys announced it would be opening Down Under. Now it’s confirmed that Sydney will be the first city to score an outpost of the chain, in Penrith. Five Guys Penrith will open mid-2021, next door to Penrith Leagues Club on Mulgoa Road. The space will clock in at 500 square metres, and building is slated to begin in the next couple of weeks.

The Sydney-based Seagrass Boutique Hospitality Group – which oversees brands such as 6Head in The Rocks, Ribs & Burgers and The Butcher and the Farmer – is the Australian franchisee. It initially intended to open the first Five Guys in Sydney’s CBD, but the strategy shifted to include suburban hubs. Penrith was chosen for its potential future growth.

Five Guys launched in Virginia in 1986, and now has more than 1500 locations worldwide, including in the UK, Spain, Singapore, UAE and Kuwait. It’s popular for its burgers, hotdogs and fries.