And one of its other inner-west acquisitions is soon to relaunch – with a Totti's, no less. Sydney hospitality giant Merivale has bought another inner-western Sydney pub, bringing its total slate of pubs in the area up to four. This time, it's Norton's Irish Pub in Leichhardt that's been acquired by the Justin Hemmes-led group. Its other inner-west boozers are the Vic on the Park in Marrickville, Enmore's Queens Hotel and Rozelle's 3 Weeds; it currently operates more than 80 venues, most recently acquiring a bar in regional NSW and its first venue in Melbourne.

Merivale is set to pick up the keys to Norton's, which lies on the corner of Parramatta Road and Norton Street, next month. There's no word yet on what the group has in store for the Irish pub and sports bar, which regularly has traditional Irish bands play, and serves pub grub alongside Irish classics such as McDonnells chicken curry and Irish stew. For now, it will operate as normal.

The group has also announced the impending reopening of the 3 Weeds in Rozelle, which it acquired in 2019. As well as undergoing a refurbishment, the 130-year-old institution will be the location of the first inner-west outpost of Italian favourite Totti's.

“It is such a privilege to be part of Sydney’s vibrant inner west," Hemmes said in a statement. "Every suburb has a unique energy, and their local pubs play a special role in shaping their culture. We're excited to not only expand our inner-west pub portfolio, but reopen doors to the 3 Weeds, a beautiful and much-loved local institution, this spring". 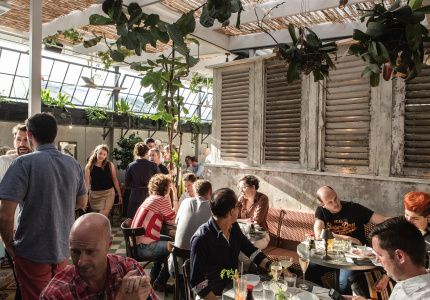