Just Like a Souffle, Cult Sydney Bakery Flour and Stone Is Expanding

There’ll be way more room to make its cakes, pastries and gingerbread. 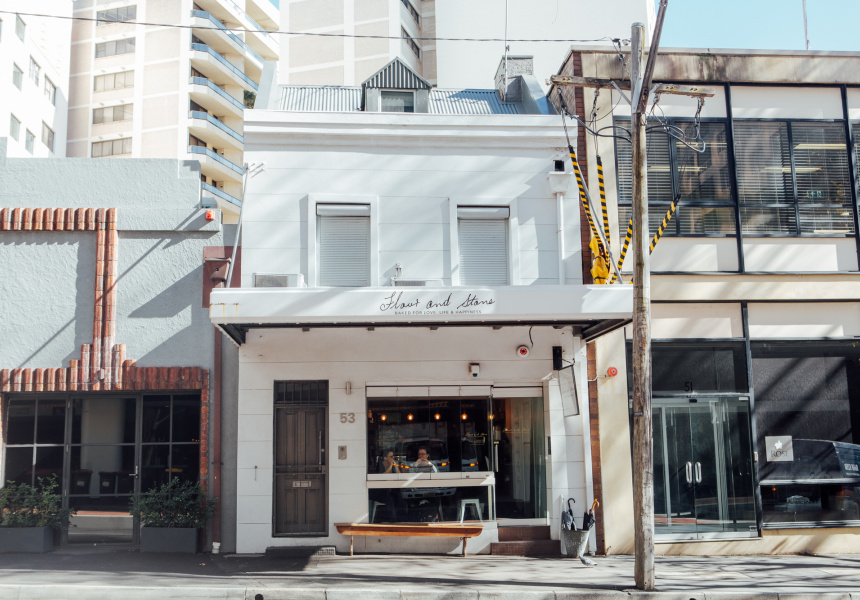 Woolloomooloo bakery Flour and Stone is known for its buttery croissants, glorious panna cotta-soaked lamingtons and obsession-worthy spanakopita. It’s also renowned for being damn small – it’s not unusual to walk past the Riley Street bakery before work or during lunch and see people spilling down its steps and onto the street. As for its staff, they work “on top of one another like an acrobat pyramid”. That’s all about to change.

Flour and Stone has announced it will open a second space in January, just two doors down from its current location. The new space will be an “annexe” to the original. A production area will take up 75 per cent of the area, and it will have a window for dispatching takeaway orders. It will also be used for baking workshops.

Owner Nadine Ingram tells Broadsheet the old space will become “a ‘salon’ … with increased seating inside, [as well as] a couple of tables outside. There will be no takeaway from this space unless you have just eaten in and want to grab some things to go with you.”

Flour and Stone’s menu will retain all the same items across both shopfronts, with one big difference: its savoury takeaway menu will be significantly reduced.

“For instance, in the past we have offered take away boiled eggs and soldiers, which no doubt people take back to their desk and eat,” says Ingram. “I get it, there are only 12 seats at Flour and Stone. But in this world of madness we all need to start to slow down a bit. Sit down, take a breath, engage with your food then go back to work.”

Ingram says the original space, which she opened in 2011, has been too small to accommodate her team of 22 for at least 18 months. “This has put extreme pressure on everything, from our efficiencies to our mental and physical health.

“We have never been closer as a team but I would be lying if I said the idea of a new space to bake and serve you from wasn't sustaining us. Of course part of the reason for this essential move is to improve customer experience, but it needs to start with our team. We need space to create the magic.”

Instead of opening a warehouse and expanding across the country, or even opening a number of other cafes around Sydney, Ingram decided, upon the advice of chef Kylie Kwong (Billy Kwong), to stay small and personable.

“The opportunity to move production into bigger digs across town seemed alluring, but when faced with the fact that it would separate our team there was no question about what needed to happen. Number 43 is so we can all stay together.”

Flour and Stone is slated to open its new store at 43 Riley Street, Woolloomooloo, in January 2020.