Feast on ceviche and golden empanadas and sip Pisco Sours on a culinary tour of Colombia. 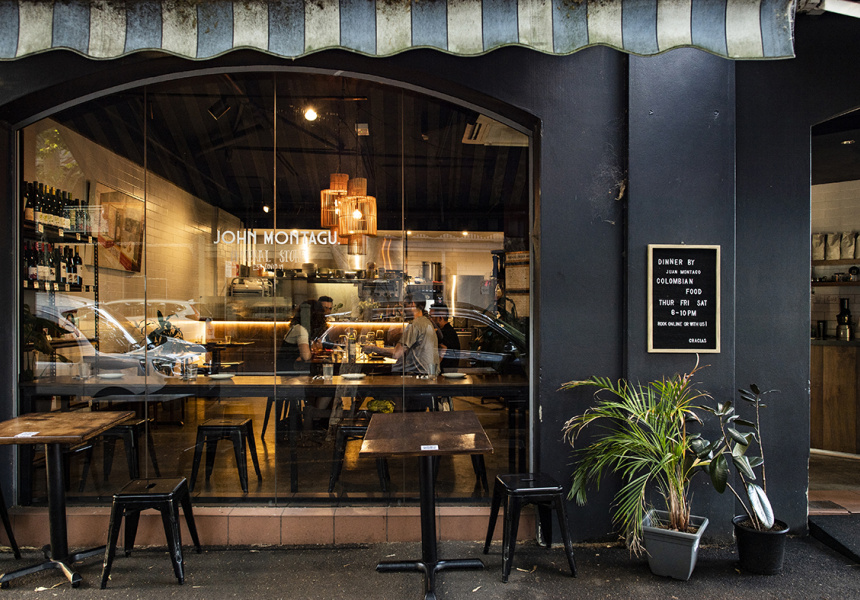 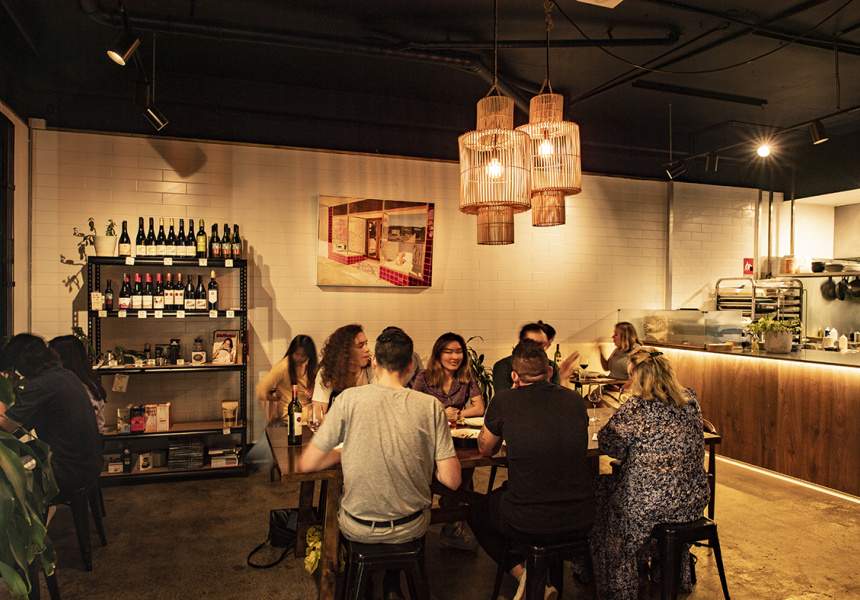 The name Juan Montago might ring a bell if you’re a regular visitor to Woolloomooloo and you like sandwiches. It’s the new Latino nom de guerre of John Montagu, a humming little cafe on Cathedral Street known for its enormous sandwiches. John Montagu is a daytime spot, but it recently started trading Thursday through Sunday nights as a restaurant dedicated to the flavours of Latin America.

John Montagu owner Narada Kudinar is the co-owner of Yan Restaurant, a modern diner in Wolli Creek that combines Cantonese flavours with smoked meats. But when Yan’s Colombian-born chef Juan Camillo Hurtado wasn’t smoking lamb ribs for the restaurant, he’d cook Colombian dishes such as his father’s beer-braised sobrebarriga (beef flank), for staff family meals – the kind of food he ate with his family back home in Bogotá. For Kudinar, those staff meals were a revelation.

“From the first day he started, he and I always talked about the food where he comes from,” Kudinar tells Broadsheet. “Like most Aussies I love to travel and experience food culture, but I’d never actually had Colombian food before. It deserves to be on a menu somewhere.”

Not that there’s a lack of proper Colombian fare in the city – Colombia Organik in the CBD and La Herradura in Chippendale are both hotspots for Colombians missing the cheese in their hot chocolate.

But Kudinar was keen to create a confidently modern Latin-American eatery his parents and grandparents could enjoy, too. While the slick, spacious kitchen at John Montagu sat idle during lockdown, Hurtado and fellow Colombian-born Yan chef Santiago Sabogal got to work on a menu.

“The one [dish] that really got me saying we need to do something was the prawn dish,” says Kudinar, referring to the encocado de camarones. “It’s prawns in a coconut [and] tomato sauce. To me, it’s closest to a curry but it’s got Caribbean roots. The coast of Colombia has a lot of Caribbean influence, which is where the coconut milk comes in. It’s sweet, salty and delicious to have with rice.”

Hurtado and Santiago have stuck to the coast for their inspiration, with fried plantain fritters served with snapper ceviche and pineapple; and a grilled octopus salad with pickled watermelon and papas criollas (cute, round Colombian potatoes that are smaller and sweeter than Australian varieties).

They’re also making empanadas that are quite different to the doughy, samosa-like Venezuelan variety Aussie diners might be familiar with. Montago’s are palm-sized and light, using Colombian cornflour to achieve a golden shell and crisp texture. They’re stuffed with smoked beef; roasted peppers and chicken; and mushroom, corn and potato.

Hurtado says Colombia’s national dish had to be included, lest they be shunned by the local Latin-American community for neglecting it. “When you go [to Colombia], everyone will tell you to try chicharron con frijoles (crispy-skin pork belly with slow-cooked red beans),” Hurtado tells Broadsheet. “It’s my favourite, too. My grandmother used to cook it, [so did] my mother and my father. It’s a dish you can share.”

His father’s sobrebarriga and the prawns round out the mains. Sides include a mildly sweet coconut rice; eggplant and plantain gratin; and a green-mango salad. For dessert, there’s a dulce de leche ice-cream sandwich, and a classic tres leches sponge cake soaked in three kinds of milk (evaporated, cow’s and cream). “It’s a Colombian birthday cake,” says Hurtado.

With just 12 seats for now, Montago’s relaxed dining atmosphere is perfect for brushing up on your Spanish. Grab a Pisco Sour or a wine from Argentina or Chile, and try out Spanish terms for each dish – you’ll find them alongside the English translations on the menu. 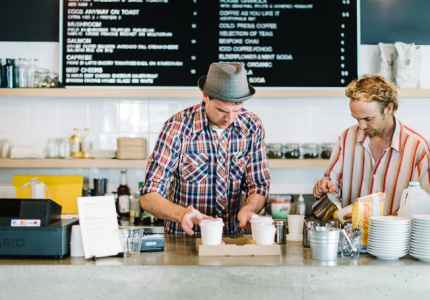 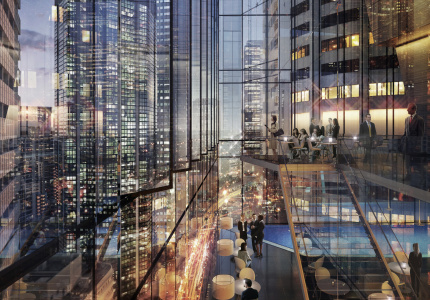