JD’s Burgers Lands in Sydney, and It’s Got a Penchant for Asian Fusion and Anime

This isn’t the place to go to if you want a standard cheeseburger. 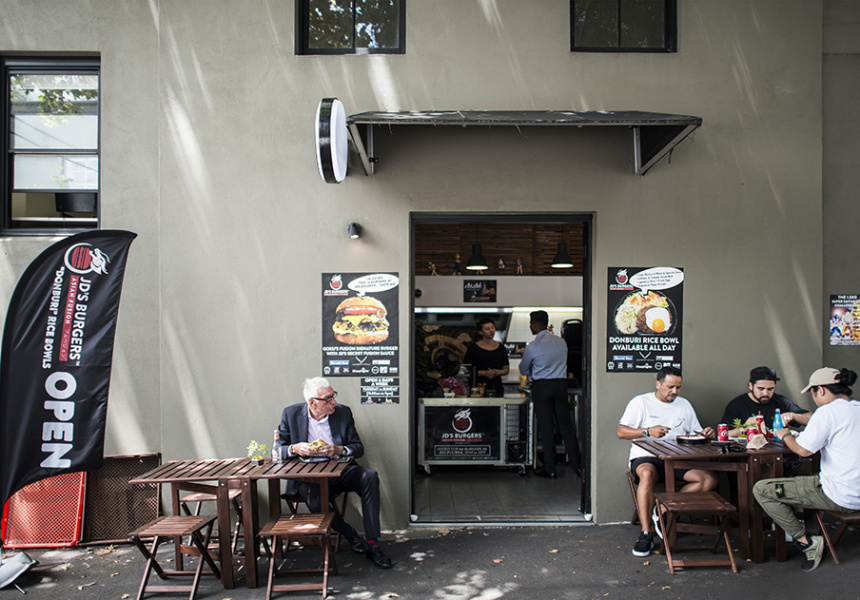 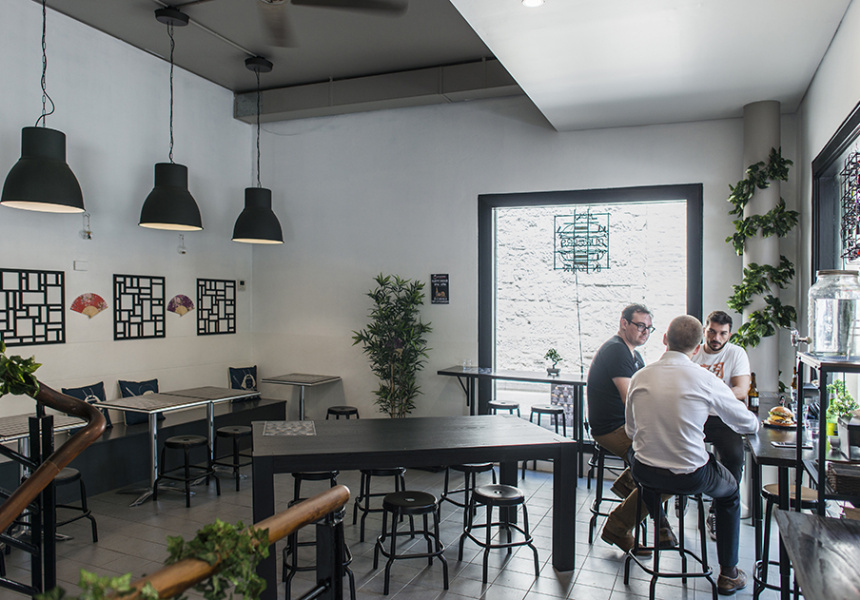 Over the past year we’ve seen a couple of Melbourne burger chains make their way to Sydney, including 8bit and Huxtaburger. We can now add to that list JD’s Burgers, an Asian-fusion burger joint launched in 2014. It’s on Crown Street in Darlinghurst.

“I’ve been concentrating on Melbourne for the past three years,” says owner Daniel Tuong, “… but I thought it was about time to bring it to Sydney.”

You don’t go to JD’s for a standard cheeseburger. JD stands for “Japan” and “Daniel” and everything has an Asian bent. That means there’s a chicken burger with teriyaki sauce, and another that includes a Korean bulgogi hot sauce. The bestseller, the Goku’s Fusion, comes with a 100 per cent black Angus grass-fed beef patty, American cheese, bacon smoked with hardwood, onion, lettuce, tomato and a secret Asian-herbs-and-spices sauce that’s simultaneously sweet, savoury, creamy and tangy.

All burgers are served on a brioche bun unless you opt for the rice bowl. You could have the best of both worlds and add a rice set to your burger, meaning along with your bunned creation you get a side of rice, meat, fried egg and a mayo-drizzled salad.

The Asian-fusion theme is not only applied to the flavours – each burger is named after a character in the popular Japanese anime Dragon Ball Z, and the split-level space is decked out with figurines and posters from the series. Tuong says he’s a big fan of the action-adventure series.

To drink there’s a small selection of imported beers, including Asahi and Kirin. They may come in handy if you attempt the 1.5-kilogram Super Saiyan challenge. Contenders are given 15 minutes to eat the monster: a burger with eight patties, eight rashers of bacon, and cheese. If you’re successful you get it for free (perhaps with heartburn).

“In Melbourne we’ve had 25 people attempt it; only seven have been successful. One guy completed it in three minutes,” Tuong says.

This article first appeared on Broadsheet on February 18, 2019. Menu items may have changed since publication.