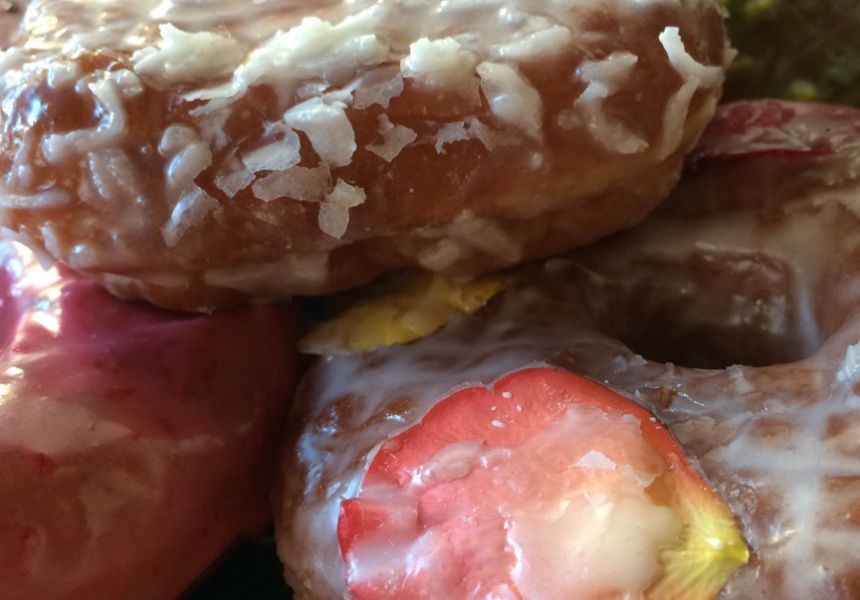 If there’s anyone in Sydney we’d trust to open a classic American doughnut shop, it’s Dan McGuirt. McGuirt has been cooking some of the best American food in town, previously as Jazz City Diner and Jazz City Milk Bar in Darlinghurst, and now as just Jazz City in Surry Hills. He’s also classically trained (ex-Vue de Monde), and just as importantly: really into doughnuts.

“I really, really like doughnuts,” he says. “As a child I grew up eating some of the best.” Not the kind we get here in Sydney, though. McGuirt was eating classic, yeast-raised, glazed doughnuts in Michigan. “Now you see these doughnuts going around and they have all these funky toppings on them like Oreo cookies and tributes to all this stuff. The doughnuts I grew up with are really simple. The most complex was chocolate with nuts on top.” These are exactly the kind of doughnuts he’s wanted to make since he started Jazz City. The problem was having enough space, so he’s solved that by opening a new venue devoted entirely to them.

He’s calling the upcoming shop Joe and Dough because coffee and doughnuts will be the focus, and pretty much all it will sell. McGuirt says the doughnuts will have only simple seasonal glazes made with all-natural ingredients. “We'll be using organic ingredients. There'll be no machines,” he says. Coffee will be also nod to the United States, with filter brews on offer.

The only other thing available will be McGuirt’s range of flavoured milks. Not milkshakes, flavoured milks, re-imagined by a gun chef. “We're going to have chocolate, hazelnut, cashew, fig, vanilla, almond and cinnamon,” he says.

Whether patriotic or coincidental, the new doughnut shop is due to open on July 4, the day of American Independence. The fitout will be nothing like Sydney’s other doughnut shops. “If you can imagine Willy Wonka's chocolate factory, that's how it's going to look, but at a smaller scale,” says McGuirt. It's going to look like a doughnut. Everything in it will be round.”