Ascend the stairs to find Merviale's newest destination – six years in the making. It has a cocktail bar, a tapas-and-wine bar, and a grand dining room with expansive beach views. 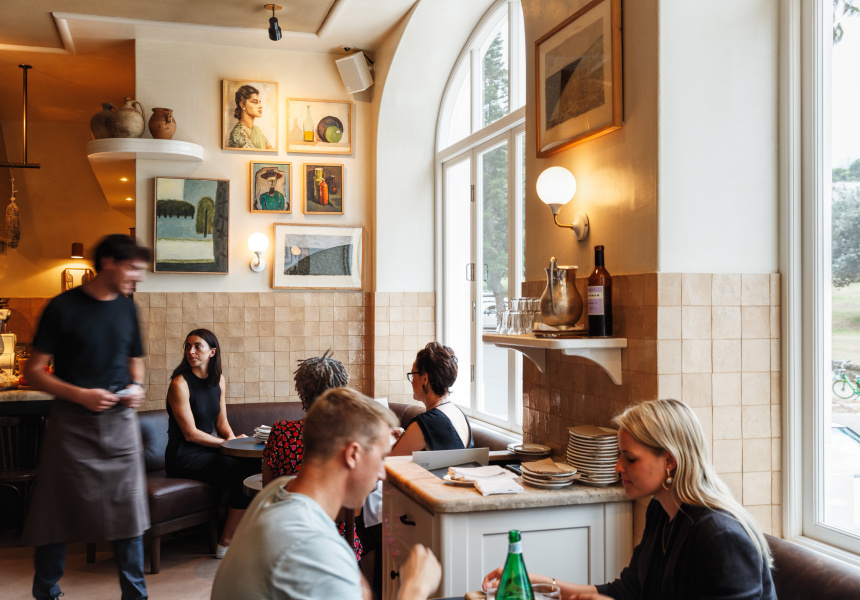 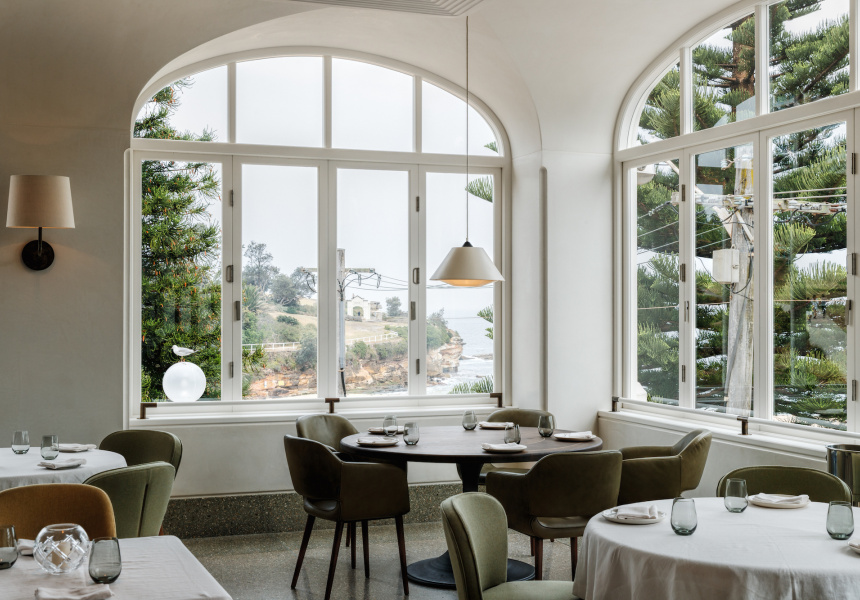 Slotting in between the venue’s other hugely successful offerings – the ground-floor pub and casual eatery, and the top-floor over-18s rooftop bar – the mid-level is home to three distinct venues: a restaurant called Mimi’s, cocktail bar Will’s and a wine-and-tapas bar named Una Más.

Hemmes tells Broadsheet the first area you’ll encounter when you walk up to level two is Una Más, which features recognisable dishes and drinks with both Spanish and Australian influences. Overlooking a park, the bar fits 50 people or so and is designed to be a place you can have a quick drink or settle in for a meal.

“Think a chilled chablis or vermouth, with a just-shucked oyster, seafood off the plancha [grill] and anchovies on fresh bread,” say Toft.

The middle floor’s magnum opus, though, is the elegant Mimi’s, which is a love letter to Coogee Beach, Sydney’s coastal lifestyle and long lunches. It’s a calm space amid the boisterous atmosphere above and below, with arched windows framing views of the ocean.

As at the Sydney hospitality group’s Paddington restaurant Fred’s, the kitchen is completely open so you’ll feel like you’re dining in someone’s home. “But it’s even more like you’re part of it here, because you almost walk through the kitchen to get to Mimi’s dining room,” says Hemmes. “At Fred’s, because [the kitchen’s in the corner], you don’t get that interaction.”

You’ll see bespoke Josper grills being used to make dishes based on Toft’s cooking philosophy. He’s all about uncomplicated food inspired by the Mediterranean but drawing strongly on his Australian context.

Dishes include barbequed greenlip abalone skewers; grilled pork collar with wild honey, rosemary and roasting juices; salt-baked butternut squash with fig-leaf oil, yoghurt, cumin and pepitas; and grilled Wagyu with bullhorn pepper, kampot and horseradish. You can have a nip from the roaming vodka cart paired with bumps of caviar, which is spooned onto the back of your hand instead of your plate.

“We’re not producing a story restaurant – ‘This is our eight courses and this is who we are,’” says Toft, who also oversees (Bert’s and Bar Topa). “We really want it to seem personable to everyone who comes in – give them whatever experience they’re looking for, but still curate it.”

The accompanying cocktail bar, Will’s – “It’s named after my dad,” says Hemmes, “who was actually called William but changed his name to John because he didn’t like it”– has a European-inspired drinks list, with an emphasis on the Italian coastline. Luke Ashton from now-closed spritz bar This Must Be the Place is behind the bar, along with Ben Wainwright (Bert’s, The Newport).

Merivale group sommelier Adrian Filiuta has stocked Mimi’s cellar with more than 600 bottles. There is a focus on chablis (chardonnay grown in France’s Burgundy region; it’s great with food, especially seafood) but also a selection of wines by new guns and iconic Australia producers.

This article first appeared on Broadsheet on January 17, 2020. Menu items may have changed since publication. 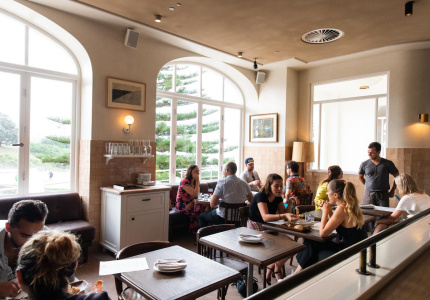