Plus your next caffeine addiction: Vietnamese iced-coffee from a tap. 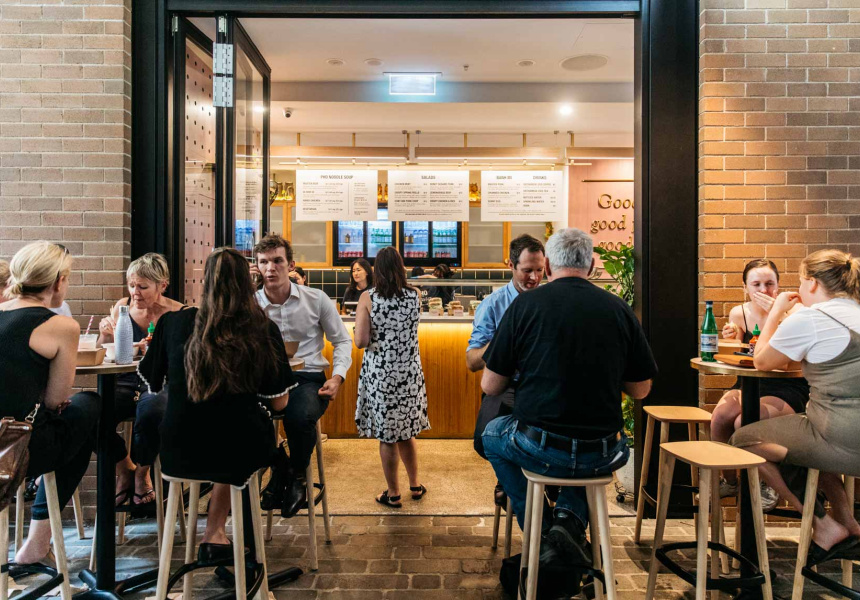 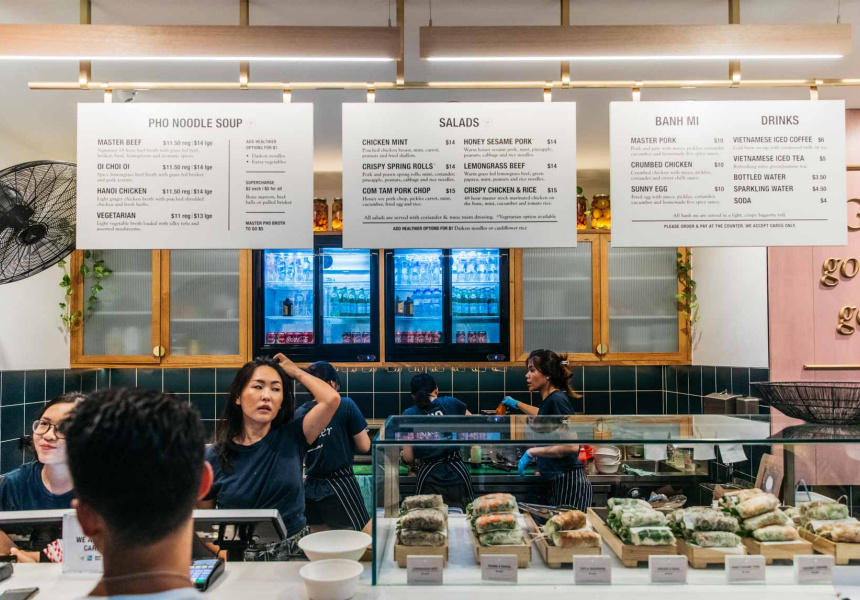 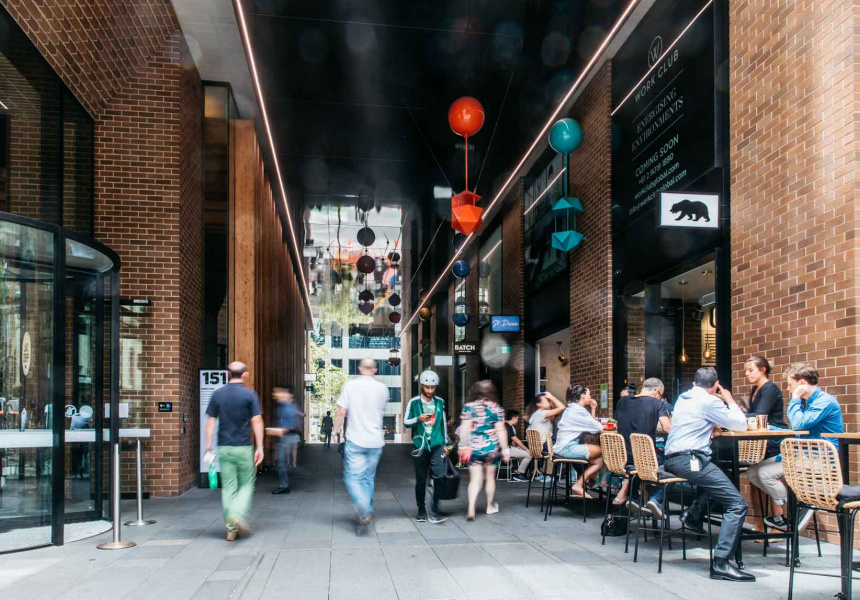 From humble beginnings at Bondi and Carriageworks Farmers Markets, Bar Pho has expanded into two eateries, one at Wintergarden in the CBD, and now an outlet at Barrack Place – a new food precinct at 151 Clarence Street in the city.

Tina Do was born in Vietnam but came to Australia when she was one. Before making pho her career she developed a modern, playful aesthetic while working in the fashion world, which she brings to her food venues. At her new Barrack Place outpost, produce is celebrated in the form of still life photographs that line the pastel-coloured walls. The space centres on a slick bamboo bar that runs down the centre of the room.

She takes a similar approach with the menu. Take the Vietnamese iced coffee: for a modern spin on this traditional drink, Do collaborated with local coffee legends Pablo & Rusty’s to create a coffee concentrate blended with condensed milk and served over ice. It comes out of a tap and could easily become an addiction.

Everything has been designed to enable the lunchtime crowd to get in and out quickly, and Bar Pho runs an efficient service, pumping out up to 500 orders an hour on busy days. “We’re surrounded by businesspeople who love fresh, healthy food, and that’s what we’re about,” she says. “They can actually eat our food and go back to work and not feel heavy.”

Menu highlights include the coconut-crusted chicken rice paper rolls; delicious and textural Hanoi pork and prawn spring rolls; and the dish Do built her reputation on: master beef pho. It’s a hybrid of north and south Vietnamese regional recipes with a nuanced broth that isn’t too sweet. You can substitute daikon noodles if you want to keep it light.

But if you want to be a little indulgent, consider topping your pho with the bone marrow that slow cooks with the stock – an homage to food Do grew up eating.

“We want to be somewhere you’re not going to get the typical pho that’s watered down or made with a lot of MSG. We make ours with a lot of care and treatment,” she says.

Do builds her master stock with cinnamon, cloves and star-anise, leaving it to cook for 18 hours in what she’s dubbed “The Mother”, a specialised cauldron worth $45,000 that draws flavour from the bones more effectively than a standard pot.

Aside from the bread and rice noodles, everything is made in house. Their Oi Choi Oi (“oh my god” in Vietnamese) chilli sauce has garnered a cult following. Do has big plans for their signature sauce, she wants to make it “the next Sriracha”.

In July Bar Pho will extend its trading hours into the evening to offer a licensed menu that will feature dishes that take longer to plate; a concept Do is excited about. For now she’s busy evolving the lunch menu and her catering business, and working on new spice interpretations for her pho.

The Vietnamese poke bowl with lightly cured salmon will soon launch, followed by pork crackling made with a dry rub of pho spices. Oi choi oi, we can’t wait.

This article first appeared on Broadsheet on February 20, 2019. Menu items may have changed since publication.This article was updated on April 17, 2019.