The International Shift at Parliament on King

Meet the couple who turned their house in to a cafe, changing the lives of refugees who now call Sydney home. 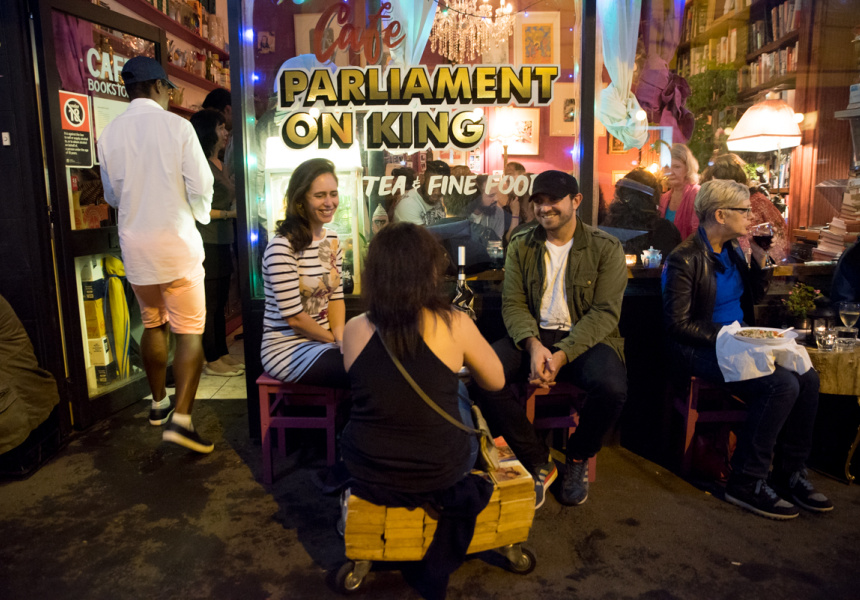 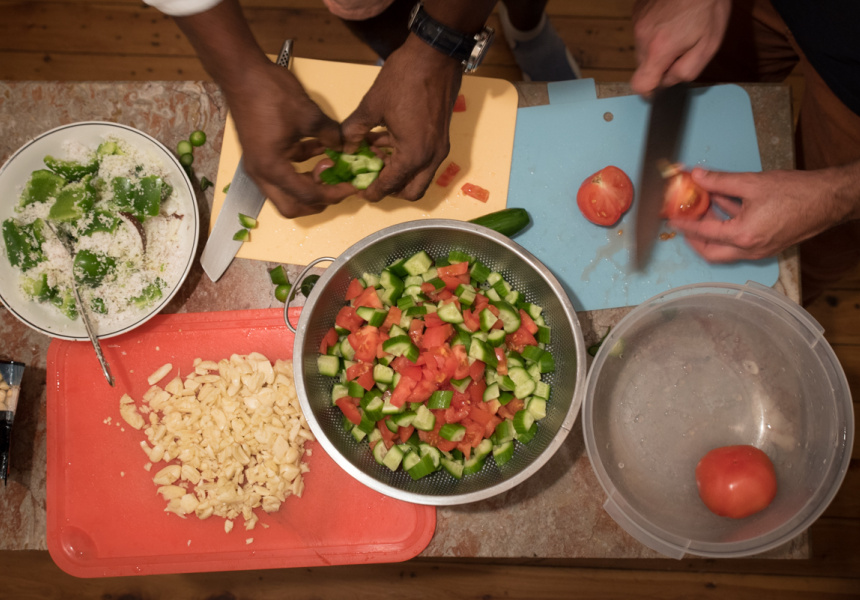 In a charmingly cluttered cafe on the south end of King Street, a small celebration is about to take place. A worn record player beats out the steady rhythm of Louis Armstrong, setting the tone for what’s been the wettest Anzac Day in memory. Amidst the books and bohemian air, a loyal group of customers is gathering.

When Ravi Parsad and his wife, Della, converted their living room into a cafe just over two years ago, they didn’t realise quite how much their lives would change.

“Parliament on King is my way of creating a bohemian centre, a salon for artists to gather in,” says Ravi as he brews another coffee for a customer.

But turning their house into a cafe was just the beginning. Confounded by the Australian government’s policy on asylum seekers and refugees, the pair decided to set up the International Shift.

“I come from a migrant background,” says Ravi. “My father came to Australia at the end of the White Australia Policy from India, so I know first hand what Australia can be like.”

“When you’re a refugee or asylum seeker, and you arrive to Australia, you are someone’s client, whether it’s the Department of Immigration, Centrelink … you are a number, you have no money, no power, you are at someone’s beck and call.”

Empowering people is the whole aim of the International Shift. Over the past year, those who have completed the training program have been invited to become a chef for a night at the cafe. Every Saturday a different person cooks the food of their country for paying guests.

“We have people from all around the world as part of the initiative. I would say 95 per cent of them come from asylum-seeker backgrounds.”

With two courses for less than $20, customers are lining up.

“Each Saturday we run the shift, we have on average 30 to 40 customers,” says Ravi. “That’s two sittings, given the very small size of our cafe!” he says, gesturing to the book-lined former living room.

The International Shift is run entirely by Ravi and Della’s enterprise; they receive no grant support or funding.

“We would love to have it be a regular thing and have some support. The cafe for me is a hobby, I freelance to support it, to make it all happen.”

The International Shift is not political, Ravi says. He just wants to provide these people with a chance to feel a part of something, to feel normal.

On the night we visit, Della is busy helping – in the couple’s own kitchen. The event on this particular night features two chefs, both former asylum seekers, who are preparing dishes from their home nations. The chefs, sadly, have both spent time in Australia’s detention centre system.

Harry (not his real name) fled the Sri Lankan civil war and is preparing a banana curry.

“This is a traditional meal I would make at home. The International Shift has been a way for me to make friends, build a community here in Australia,” he says.

Regular waitress and International Shift member Natasha came to Australia a year ago and began working at the cafe.

“We are human beings, we have a dream. We don’t want to occupy the land, we are simply running in the same direction as everyone else; freedom,” she says.

The International Shift is on every Saturday night at Parliament on King, 632 King Street, Erskineville.