The developers promise it’s going to be very “Marrickville”. 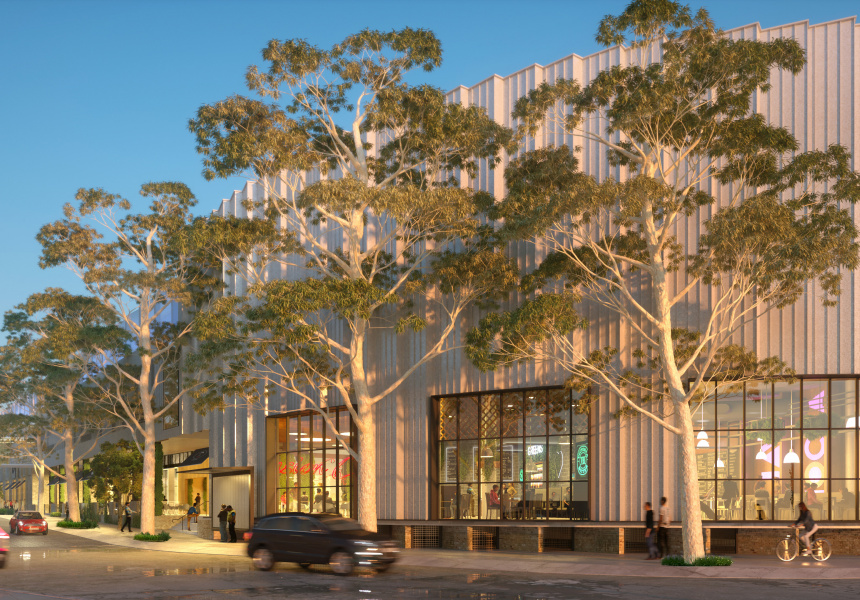 The inner west is due to receive a new food hub as part of a redevelopment of the Marrickville Metro shopping centre. The group that manages the property, AMP Capital, is taking over a disused warehouse across the road from the centre, which it will transform into a fresh food space with al fresco and indoor dining. Around 44 new retail outlets will be added to the centre, as well as a new “black label” Coles. Up to 600 jobs will be created.

While the original facade of the Smidmore Street warehouse will be maintained, the building will be expanded to pack in as much edible goodness as possible. A pedestrian bridge and street-level walkway will connect the old and new developments, and a pedestrian safe zone will have wheelchair access. There will also be “laneway” access for local residents. The work is being undertaken by AMP Capital (which has overseen facelifts of the Macquarie Centre and the CBD’s Angel Place) on behalf of Metro owner Uni Super.

The words “up-and-coming” have been bandied around about Marrickville for a few years now, but one holdout has been the Metro, which, despite a superficial makeover a couple of years ago, hasn’t changed a whole lot since it opened in 1987. (There’s both a Donut King and a Michel’s Patisserie.)

“We undertook research over several years to listen to our customers and better understand the trends of the local area,” a spokesperson for AMP Capital told Broadsheet. “While our customers enjoy the existing strong supermarket and services offering, they have asked for an expanded offering that included more quality restaurants and small bars that better reflected the local area.”

Architecture company Hames Sharley has been commissioned to create the design; it was also responsible for Broadway shopping centre’s refreshed food court and a revamp of the University of Technology’s Broadway campus.

“The creation of dining precincts is being done all over Sydney and around the country,” said the spokesperson. “However, we are working hard to create a precinct that celebrates the unique industrial and creative history of Sydney’s inner west rather than trying to replicate something from outside the area.”

Construction started on January 21 and is expected to take 20 months and cost more than $142 million. The development will add 11,000 square metres of space to the centre’s existing 22,000 square metres, and 455 more parking spaces.

The redevelopment is a response to increasing growth in the area – 27,000 dwelling redevelopments are currently underway, and the number of people shopping in the area is forecast to reach 440,000 by 2021.