16 little terraces on Kensington Street will be converted into dining and retail spaces. 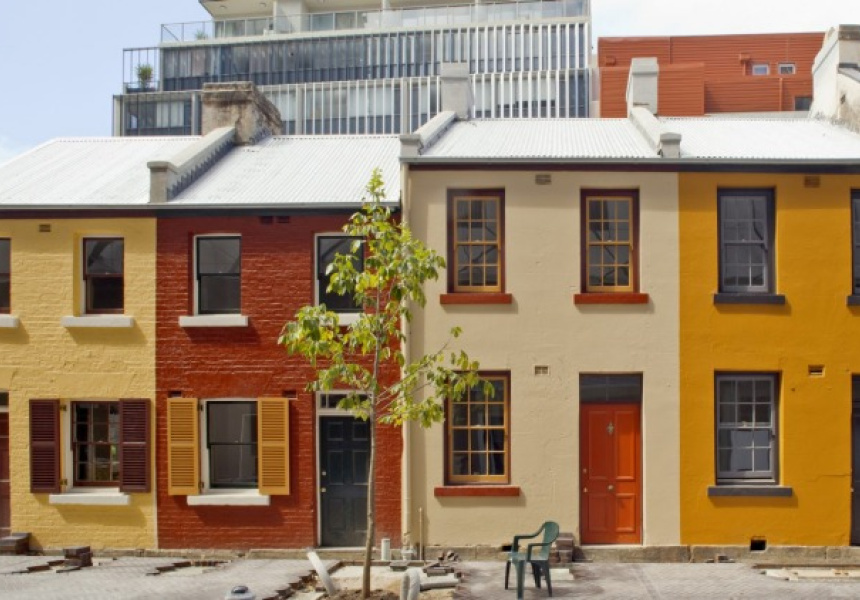 Chippendale's star is rising. From art galleries and cafes, to small bars, the formerly grimy suburb is now a destination. As part of the $2 billion development at Central Park – a precinct of terrace houses and warehouses containing shops, galleries and restaurants – Kensington Street will now also be transformed.

Developers Greencliff is behind Kensington Street (the company purchased the entire eastern side of the street in 2012). “Our director, Dr Stanley Quek, wanted to create a lifestyle precinct,” says Greencliff's executive director, Marcus Chang.

Originally used to house brewery workers and managers, the 16 pretty little terrace houses on Kensington Street date back to the 1840s. “We've got tiny little houses for tiny little businesses. We don't want chain stores,” says Chang. Several historic warehouses have also been refurbished and will house a mixture of retail and dining.

One of the highlights of Kensington Street will be Kopi-Tiam on Spice Alley, a hawker-style food market. Set in a series of connected courtyards, it will have stalls offering Thai, Singaporean, Malaysian, Hong Kong, Vietnamese, and Japanese street food.

Kensington Street will also be home to chef Frederic Colin's first Sydney restaurant, Bistrot Gavroche. It will be housed in the Old Rum Store warehouse. It’s Colin's first foray into Sydney and it will offer classic French fare in a similar vein to Brasserie Gavroche, Colin's noted Singapore eatery.

The new eateries will join the three big-name restaurants slated to open in the Old Clare Hotel on the western side of Kensington Street. “Chippendale's got a very arty community, it's got small bars. It's got great places already, places like LP's Quality Meats, which are already putting Chippendale on the map,” says Chang. “We just hope to add to that.” 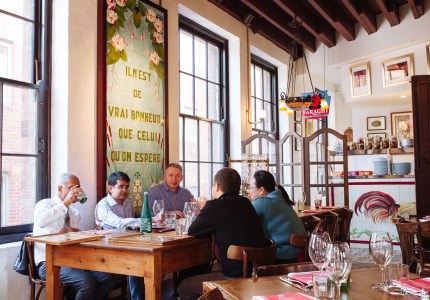