The Marlborough Hotel has long been an institution of Sydney’s inner west. In partnership with City of Sydney, we find out how it's spearheading an innovation designed to foster a more inclusive culture right across the industry. 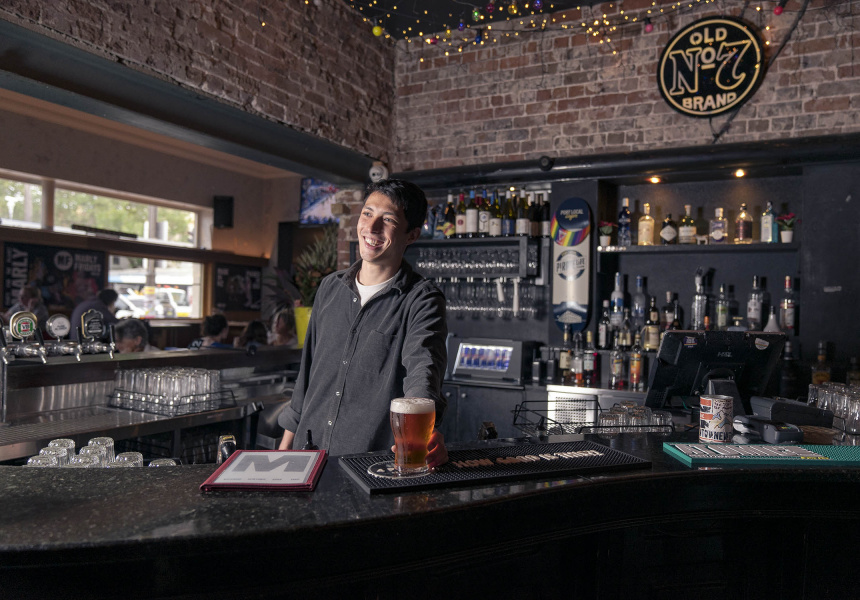 The Marlborough Hotel’s mission is simple. “We want everyone who comes to the Marly to feel included and safe, and have fun,” says Tara O’Connell, the Marly’s venue manager.

This isn’t lip-service. The historic Newtown pub is one of Sydney’s most popular late-night venues. It’s also one of the city’s most inclusive spaces, thanks to a partnership with the Social Networking Group, an initiative run by the Centre for Disability Studies (CDS) that provides opportunities for people with and without disabilities to come together to socialise.

Formalised in 2018, the alliance expanded on the existing relationship between the social networkers and the Marly, which has long been a popular location for the group’s monthly meetups. Together they founded Creating Inclusive Spaces, a groundbreaking resource that outlines how hospitality venues can better serve people with disabilities.

According to the document, one in three people with disability who have experienced discrimination did so from service, hospitality or teaching staff – a statistic the team at the Marly hopes to change. As well as partnering with the social networkers, the Marly also works with organisations like Let’s Talk Disability and Get Skilled Access, to provide staff with ongoing training in diversity and inclusion. “We recognise the importance of diversity and inclusion and strive for every guest to feel at home,” says O’Connell.

The Creating Inclusive Spaces guide offers advice for managers, bartenders and waitstaff on how to promote inclusivity and address social inequity in the hospitality industry. Amanda Duell-Ferguson, coordinator for the Social Networking Group, says small changes to everyday practices can have a dramatic effect on how welcoming a venue feels to someone with a disability.

Physical accessibility is essential – “You’ve got to get people in the door,” she says – but it’s not the only issue. “We have some social networkers who can’t sit on high bar stools. Some aren’t able to go up the flight of stairs to the main restaurant area.” Some, particularly those with autism, are deterred by loud music, while others love it. A diverse menu that caters for a range of dietary requirements and budgets helps too. Some people are happy to shell out for a premium steak, but for others, it’s prohibitively expensive. Making sure a menu includes cheaper pub classics and specials ensures “that anyone walking in feels like they’re welcome, no matter what their economic situation might be,” says Duell-Ferguson. “We’re hoping now to share the guide around Sydney through the City of Sydney.”

But the most effective strategy to improve inclusion is also the simplest: making sure staff engage with all customers, whether they have a noticeable disability or not. “A lot of people are unsure about how to speak to someone with a disability, and a lot of times they’ll avoid that conversation,” says Duell-Ferguson. That means that someone with a visible disability might find staff address others in the group instead of talking directly to them.

It’s something that Ben, a 27-year-old bartender who joined the Social Networking Group six years ago, has personally experienced on numerous occasions. “Sometimes I feel the people serving us completely ignore … us. [They] really don’t realise that we’re there to have dinner and be with our friends and socialise,” he says. “We are customers as much as anyone else.”

Ben loves catching up with his fellow social networkers at the Marly. The staff “provide what I want, which is good customer service,” he says. For O’Connell, it’s vital Ben and his friends feel at home at the Marly. “Everyone in the community should feel welcome in their local pub,” she says. “We pride ourselves on being able to offer all guests a diverse spectrum of experiences.” 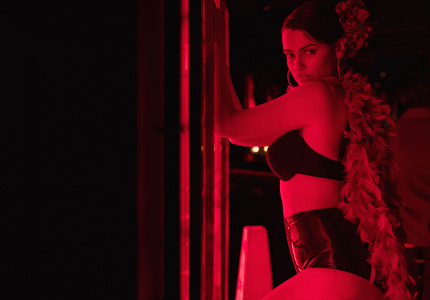