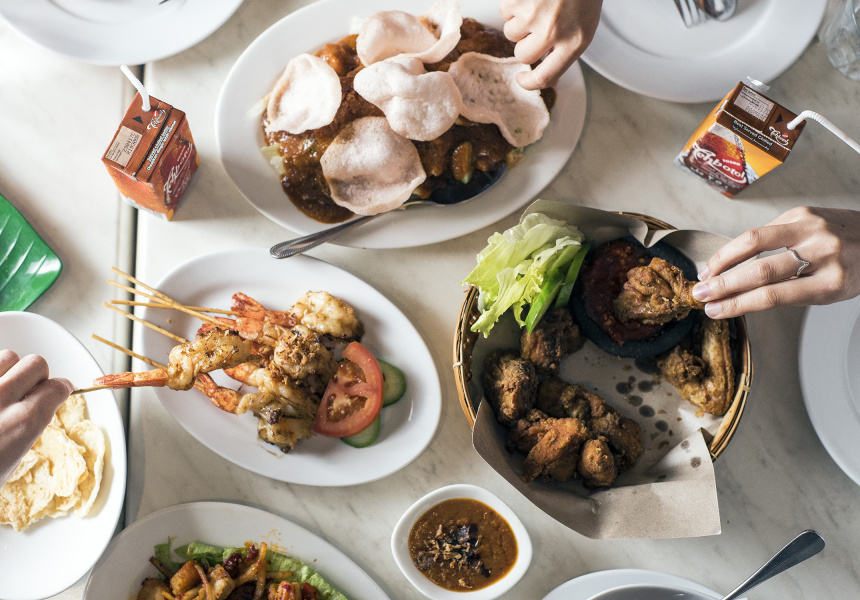 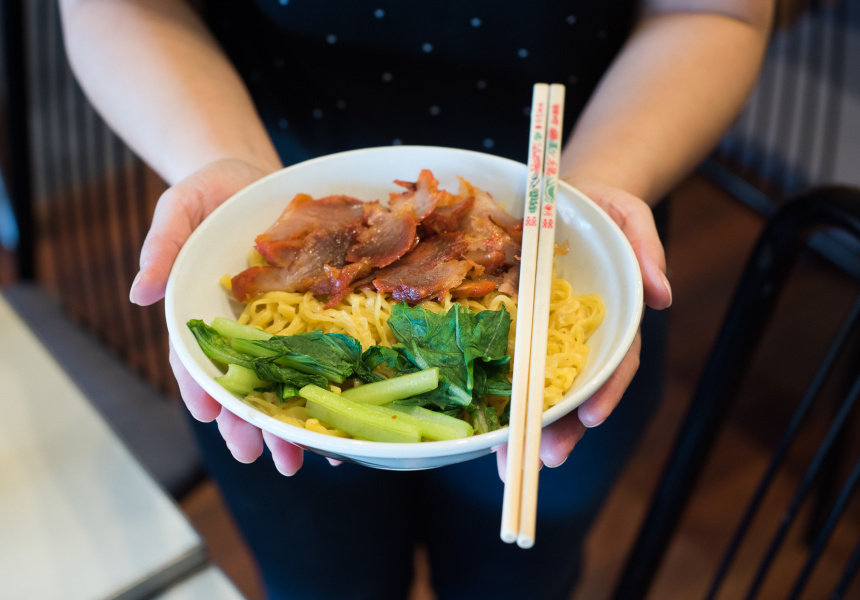 Less than two decades ago the market for Indonesian food in Sydney was small. The queues outside local restaurants were made up mainly of international students and Indonesian migrants. Now the cuisine is thriving. The following places, covered in Broadsheet’s “Local Knowledge” series, are now frequented by people from different backgrounds and are well worth a visit for their authenticity across both the menu and atmosphere.

Ayam Goreng 99
There are two reasons Ayam Goreng 99 has become a cult favourite among the sea of Indonesian restaurants on Anzac Parade: chicken and sambal.

There are three styles of chicken here – charcoal-grilled, deep-fried and a sweeter Javanese-style deep-fried chicken. While each is different in taste and texture, they all rely on the same four-to six-hour slow cooking to keep the chicken juicy, tender and rich in flavour.

But despite this place being named after the Indonesian word for fried chicken, it’s the grilled chicken the owners are most proud of. The most traditional style is grilled with tempeh, deep-fried liver and giblets (offal). It also comes with a plate of coconut-and-lemongrass rice and sayur assam (a sour vegetable soup). Everything is eaten with kecap manis and sambal. All the Indonesians we talked to swear it’s the best sambal in Sydney.

Willis Canteen
Most of the order dockets that fly around Willis Canteen have gado gado written on them. The Indonesian salad has 1000 variations, and what you get depends on where you eat it and how you order it. It’s like fried rice with peanut sauce.

Each day Willis Utama makes it fresh to order in a mortar and pestle. She spends most of the day crushing deep-fried peanuts with coconut sugar, tamarind juice, chillies and water, which becomes a thick gravy. It’s served with tofu, bean sprouts, water spinach and whatever else the customer has asked for. All the regulars know to call in advance to order it (some call five hours before opening time) because it’s so popular. If you’re in a hurry, Utama suggests trying a bowl of sop buntut (ox-tail stock) with a side of iga penyet (beef ribs and sambal).

Medan Ciak
On the weekend, from the outside, Medan Ciak looks like an exclusive nightclub. Owner Harjo serves a different style of Indonesian food to the Javanese-style most Sydneysiders are familiar with. It’s spicier, less sweet and noticeably Malay-influenced. Harjo emigrated from Medan, 270 kilometres from Penang, Malaysia, so this type of cuisine is a blend of various Indigenous Malay and Chinese influences. The nasi lemak komplit (like the Malaysian dish of the same name) is coconut rice surrounded by separate piles of crisp shredded coconut; sweet-sambal-smothered egg; fried chicken; chilli-coated potato crisps; and rendang curry.

Enjoy Mie
Come here to satisfy cravings for classic home-style Indonesian food. For Chinese-Indonesians in Sydney, the dish from home they’ve been missing is bakmi, which is usually made up of egg noodles, minced meat and steamed bok choy with a side of chicken broth. Like in Indonesia, here the customer can design the dish – choosing the noodle, meat and toppings they want.

A popular choice is the pulled-wheat noodles, which are delivered fresh. They’re thin, extremely soft and (most importantly) pick up sauce well. There are two choices of meat: a sweet minced pork, heavily marinated in kecap manis and red shallots, or salty shredded chicken, which is slow-cooked with Chinese sherry and soy. Owner Benny Chang usually opts for just meat with steamed bok choy. Other regulars will go all out adding garlic-fried mushrooms, squid balls, a soy egg, wontons, barbequed pork, crackling-like fried wonton skins and dense beef balls.

Java
Regulars have been coming here for more than 30 years. Java in Randwick does Javanese-style fried chicken called ayam sereh (street name “JFC”). While it looks like KFC, it tastes distinctly Indonesian. The chicken is left overnight to marinate in a lemongrass-heavy spice mix, which is then coated in a cornflour batter (for extra thickness), fried and served with balado (a tomato-based Indonesian chilli paste).

Since opening Java has blown up with customers coming back for the JFC, the star-anise-rich rendang and Balinese-style grilled chicken. The latter is covered in a paste-like sauce made with tamarind; shallots; garlic; a mixture of spices and candlenut (a species native to South East Asia that has the texture of a macadamia with a hint of bitterness).