Most 19 year olds would baulk at the idea of picking fruit in the scorching Australian sun. But for Alasdair Smithson, the backpacking gig became his life’s passion. 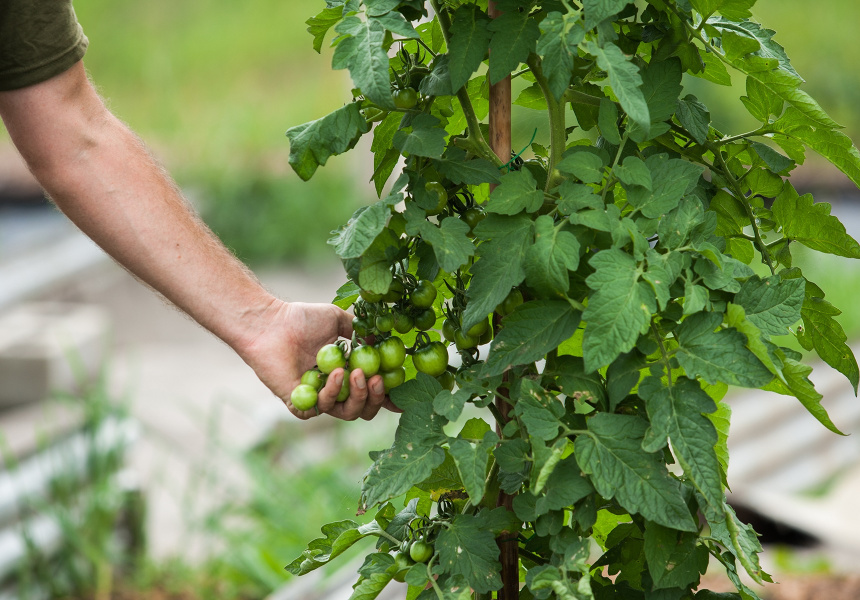 We’ve become used to the “Australian made” and “Organic” stickers and signage on our produce and in our stores, but how often do we think about the people behind these words? While exploring the origins of 100 per cent natural, real fruit flavours with Vodka O, we met with one of Australia's foremost organic farmers.

Alasdair Smithson is emblematic of the passion for purity that grounds Australia’s organic farming community. Growing up on a small UK farm, a healthy and organic diet was all Smithson knew. “The importance of eating clean, sustainably farmed produce was ingrained in me from a young age,” says the farmer. But instead of staying home on the family farm, at 19 he decided to see what else was out there, and packed his bags for Australia.

While most backpackers were pouring beers, Smithson's roots, plus the lure of free food and board, saw him head down the fruit-picking route. It was in Australia’s orchards that he realised just how strong his passion for purity was. “There really is nothing better than breathing clean air and eating fresh food,” he says.

Having found his natural spirit between the apples and the apricots, Smithson returned to the UK to study organic agriculture. But having spent so much time on Australian farms, the antipodean pull proved too strong. “I came back to Australia in 2005, and managed an organic farm in far north Queenland, but it was just too hot. So I headed south to Byron Bay,” he says. After falling in love with the coastal town while backpacking, Smithson built a farm, where he established Munch Crunch Organics. While his background and studies gave him a solid grounding in farming techniques that are free from impurities, he knew that unless he had a direct relationship with a community of local customers and other farmers, he could not sustain the health of his farm.

Through a combination of his farming experience and savvy use of the internet, Smithson has created a direct connection between reliable and supportive consumers and passionate organic farmers, forming a new model of community supported agriculture that helps farmers give their customers fairer, more consistent prices for fresher, healthier and more sustainable food.

Smithson is committed to his community, delivering produce and giving talks at local schools, and this season, his farm has gifted him with an array of produce including fresh green cucumbers, refreshing mint and citrus fruits that are bursting with flavour. Next year, there’ll be strawberries and the beginnings of pineapples – which needs two solid years of love and attention to produce a single harvest.

Smithson is a true craftsman, passionate about purity and committed to every single crop. He talks of microclimates and bioregions, microbes and mycorrhiza (a symbiotic relationship between fungus in the soil and the roots of a plant).

Conscious of sounding like a Byron Bay hippy, he shares the secret to his natural craft. “I believe in the law of return - the more love you give, the more you get back. You have to put in more than you take away.”

It’s a belief that Smithson takes seriously, sharing knowledge, labour and machinery with fellow farmers. “It’s about collaboration, not competition,” he says. “Together we can provide our community with locally grown produce that’s healthier for them, us and the environment.”

While he’s no longer a backpacker, it seems that some things are still the same. “If you take into account the expenses, time and labour, I probably get paid about $7 an hour.” But for him, that’s okay. It’s not about money.

“I was given the opportunity to make a difference, so that’s what I’m trying to do.”

Vodka O are celebrating their new range of 100 per cent natural fruit flavours by giving away a relaxing weekend in Byron Bay. Enter the competition here.