If You Need to Ask What an Arepa Is, You’re Not Alone 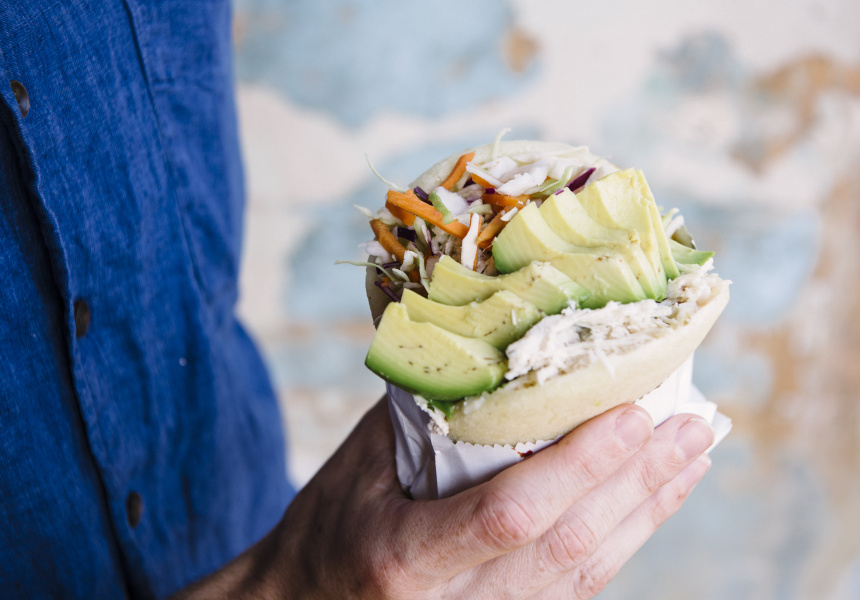 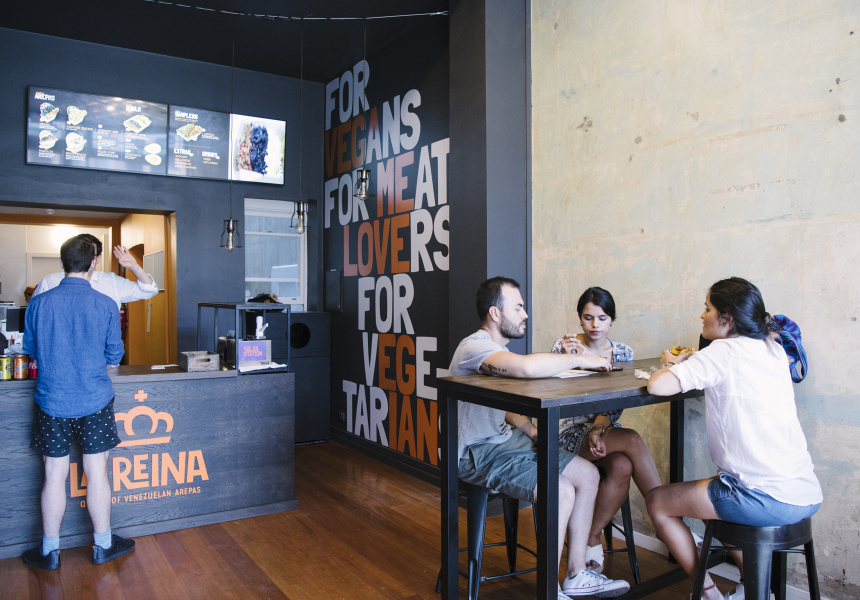 If there’s one question Ybrahim Camero is sick of hearing it’s, “What’s an arepa?” The Venezuelan-Colombian maize pancakes don’t have much of a reputation in Sydney, but Camero and his partner (both in business and life) Gilda Rivas are hoping one day they’ll be as popular as kebabs, banh mi or even burgers.

The couple’s plan is to educate people with La Reina, an arepas fast-food chain that launched its first store in Newtown last year. “It’s been an epic task because no one knows what an arepa is, but we gained a lot of confidence from our market stall [the Venezuelan duo used to run a travelling market stall called Arepas Australia]. I made a lot of speeches starting with, ‘Have you ever tried an arepa before?’” says Camero.

For their first brick-and-mortar venue, Camero and Rivas have kept things simple. The restaurant is narrow with a few benches (Camero describes a decorative throne that’s still to be installed), a takeaway counter and few posters with slogans. “These sorts of shops are known in Venezuela as areperas, and normally they are a total mess. We wanted to take our arepera to another level, to give it personality,” says Camero.

The menu is simple: arepas in different styles. The classic option is pabellon (a mix of sweet plantain, shredded pork, black beans and a milky cheese) and then there’s reina pepiada, Venezuela’s answer to the chicken and avocado sandwich. “The reina pepiada is probably the most popular arepa around the world. It was created by an areperas in honour of Susana Duijm [South America’s first Miss World winner].”

Camero says Rivas’s recipes (she does most of the menu design) are traditional, the big difference being the arepas themselves. “In Venezuela all arepas are white. We said, ‘No, we have to make something unique’. So, we mix arepas flour with carrot juice, beetroot juice and coriander to make different colours,” says Camero.

In the future Camero says he’d like to add empanadas and tequeños (fried cheese sticks) to the menu, but whether that’s just at the Newtown site or at another new restaurant Camero doesn’t know. “We’re so proud of this, we just hope Australians like it.” 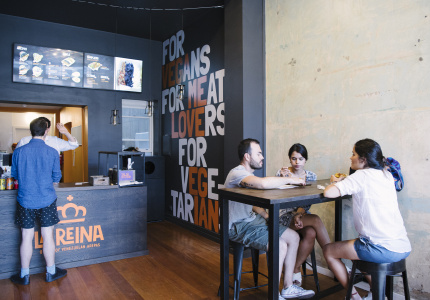