I decided it was time to break my silence on the fond relationship I’ve formed with a cafe-made Vegemite spread because in these crappy Covid times, it’s an inexpensive, easy-to-obtain comfort food people need to know about – and you don’t even need to leave the house to get it. 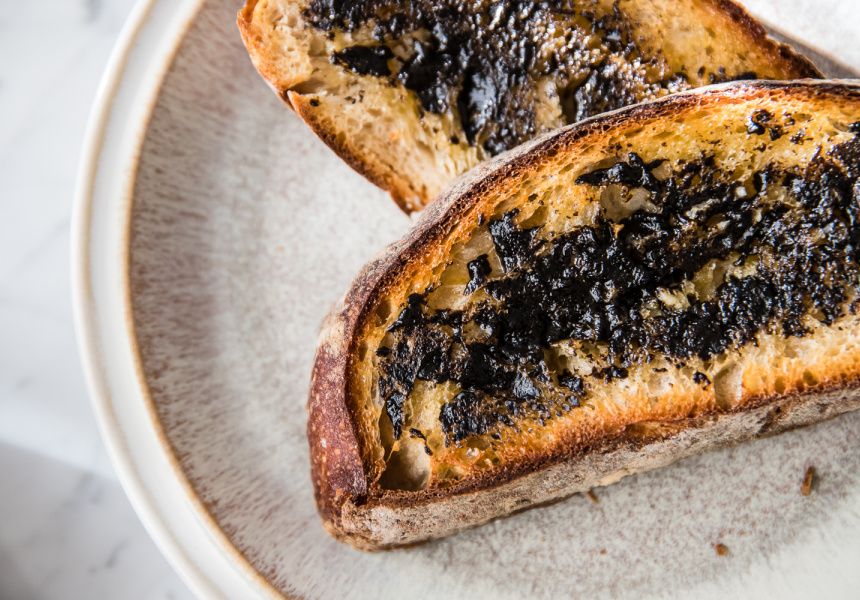 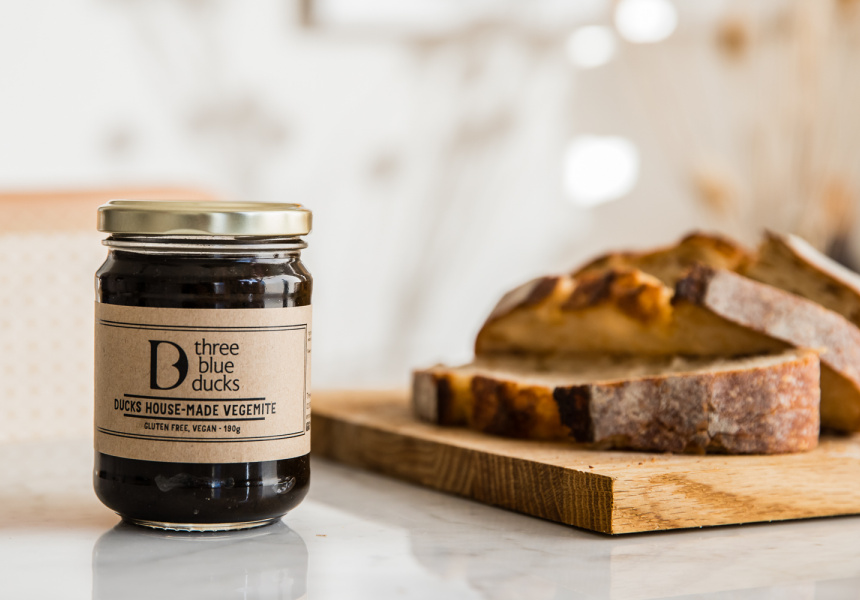 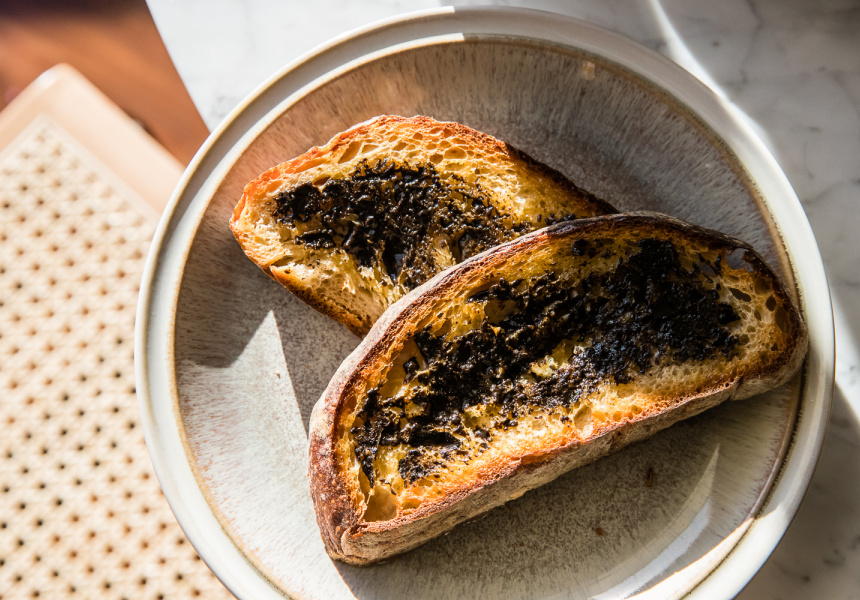 I’ll just get this right out of the way: I don’t understand people who don’t like Vegemite. It’s unfathomable to me. The delightfully salty, savoury spread is not only the perfect breakfast or snack when smeared over warm toast (preferably Sydney’s best: Iggy’s) and butter, it’s the ultimate comfort food.

Sure, some people reckon it’s too insert-whatever-adjective here – aggressive, acrid, salty, bitter, festy. My advice? Ease into it. Start by going Vegemite-lite and dial back the spread depth (it isn’t peanut butter), and you’ll be good to go.

In fact, I didn’t know I could love another spread as much as commercial Vegemite until I tasted the umami-tastic House-Made Vegemite made by the Three Blue Ducks cafe team.

The Darth Vader-black spread is not as pungent as the original, and doesn’t thwack your tastebuds sideways as much. It’s not as thick (some might even say it’s moist, but using the word “moist” in food writing is akin to wearing Ugg boots outside of the house – it just shouldn’t be done) and it’s gluten-free and vegan.

In addition to eating it for breakfast, I like to conquer my afternoon hunger pangs with a couple of Salada or Vita-Weat crackers topped with this gentle spread, paired with a cup of tea. I’ve tried it with cheese – I’m only a recent convert to the Vegemite-fromage combination – and that’s pretty good, too. You might think this is odd, but I also endorse adding another player to the mix – jam (preferably Davidson’s plum). The sweet-salty marriage is excellent – and until you try it, I won’t hear a bad word said about it.

Mark LaBrooy, one of the co-owners of the Three Blue Ducks group (which has two cafes in Sydney, one in Brisbane and another at The Farm in Byron Bay), says the team came up with the spread about four years ago made with only three ingredients: tamari (gluten-free soy sauce); nutritional yeast; and black tahini.

“It was a collaboration with a few current and ex-employees,” he tells Broadsheet. “[We created it] because Vegemite is not Australian-owned anymore [it now is but it wasn't four years ago] and we have a policy of making everything we serve in-house.”

Like me, LaBrooy reckons it’s successful because it’s perfectly balanced. “It’s not too salty but still has a nutty undertone.” He’s right.

But also – and this is why I think about it fondly, and often – it’s an inexpensive and easy-to-obtain comfort in these crappy Covid times. And I don’t even need to change out of my comfy pants to get it.

Three Blue Ducks’ House-Made Vegemite is $12 and available at its Bronte store and online for in-store pick up. More info here.

Update: Three Blue Ducks is currently takeaway only due to Sydney's lockdown.

Sydney is currently in lockdown. Masks are mandated in public indoor spaces. Public gatherings are banned and minimal social contact is recommended. If you have concerns about visiting businesses or public spaces, or questions about self-isolation or coronavirus testing, check out the latest updates from the NSW Government.