This isn’t a focaccia for sandwiches or one with fancy toppings. To paraphrase Bridget Jones’s Mark Darcy: I like it very much. Just as it is. 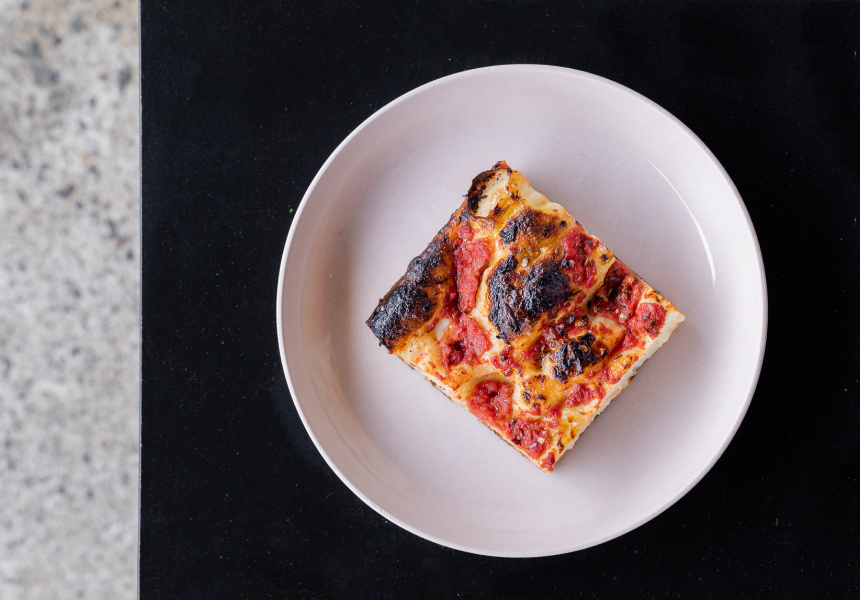 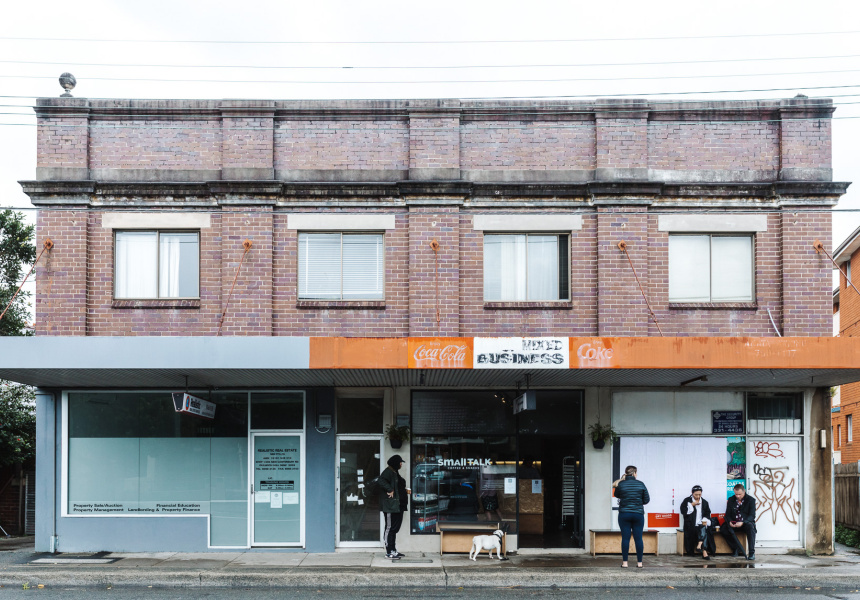 I’m not sure what my earliest experience of focaccia was, but I can definitely tell you what formed my opinion of it. It was the mid-2000s – a full decade after the Washington Post wrote a fawning tribute to the next-big-bread-thing – and I was a teenager working in the cafe at a well-known fast-food franchise. There, we sold pre-made sandwiches with fillings such as pesto and roasted vegetables – and chicken with a paste that was allegedly avocado – wedged between slices of herby focaccia. They weren’t horrible, but considering their calorie count was the same as the burgers coming out of the kitchen next door – sans the greasy, cheesy goodness you want from fast food – their appeal mystified me.

I’ve dabbled in focaccia since – a slice in Italy here, a half-arsed attempt to make my own there – but, despite it being a respectable member of the Italian-menu gang, part of me was still sceptical that it was anything more than a fad from the ’90s and early 2000s, like sundried tomatoes and balsamic-glazed everything. Yet since meeting Dulwich Hill cafe Small Talk’s focaccia earlier this year, I’m a convert.

I’ll admit, I’m a bit late to both the Small Talk and focaccia parties. Samuel Terrey opened the diminutive cafe on New Canterbury Road back in 2017 and has been selling his focaccia there since day dot.

“When I started doing them three years ago, a whole bunch of my hospo mates were like, ‘Why are you doing focaccia?’” he tells me. But despite the pushback he’s kept it on the menu – and since Covid hit, its popularity has grown fivefold.

Part of the charm of Terrey’s focaccia – which is big and fluffy, just like his grandma used to make it – lies in its simplicity. While the menu occasionally flirts with different toppings (the potato, rosemary, olive and ricotta number is also ripper) the standard focaccia is topped with just tomato, garlic, chilli and a sprinkling of carraway seeds, which give a little aniseed hit if you crunch them between your teeth just so.

It’s a meal in and of itself – a good-sized breakfast or a light lunch. The flavours balance each other out – a little thwack of chilli to liven up the tastebuds, a hit of garlic to offset the tomatoes. It doesn’t need butter. It sure as hell doesn’t need pesto or chicken. I feel the same about this focaccia as Mark Darcy feels about Bridget Jones: “I like you very much. Just as you are.”

One of the great things about Small Talk in general – and this king of focaccias in particular – is that you don’t need to dine in to enjoy it. This place has gone pretty much full takeaway since lockdown, and everything is transportable. The focaccia is the perfect size for eating à la paper bag or for shoving into my handbag to enjoy with a bit more civility on the good china when I get home. And you don’t need to eat it warm, so I urge you to get a couple of slices for later. (But if you visit before 10am on a Saturday, please leave some for me.)