Mortadella, folded within a hunk of woodfired bread and splashed with olive oil. Whoomph. 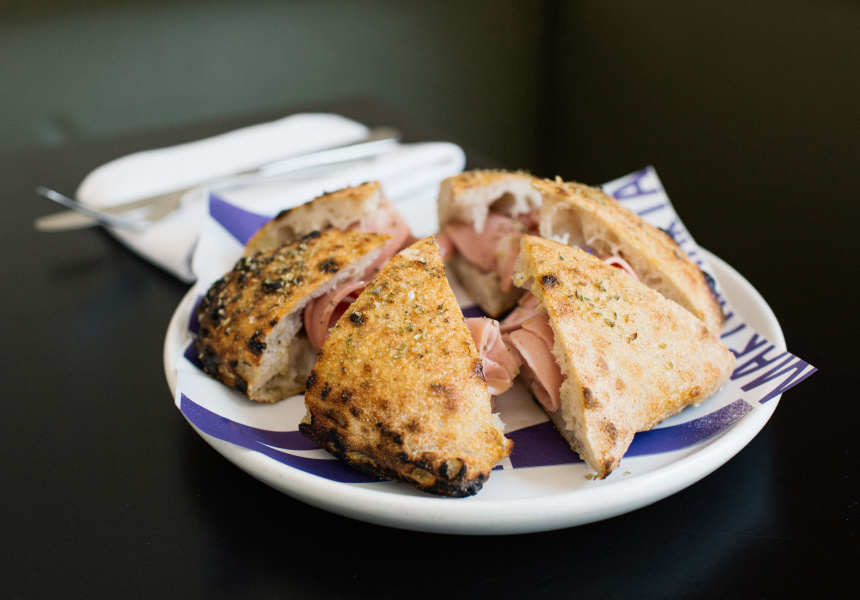 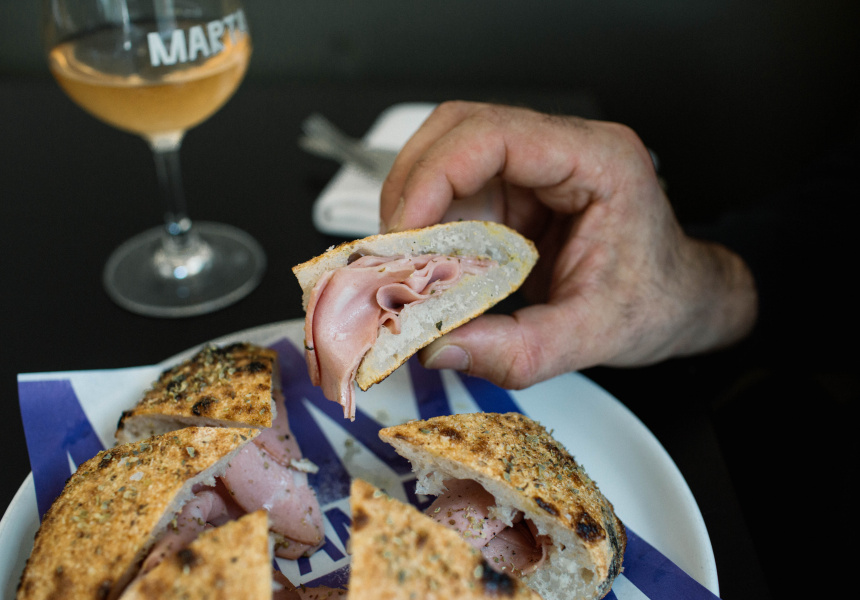 Mortadella is the king of luncheon meats. Fact. And when it’s folded between a hunk of warm woodfired schiacciata (a bread somewhere between a focaccia and a thin pizza) and then splashed with olive oil and scattered with small shards of sea salt and flakes of dried oregano – whoomph.

Like many of life’s greatest things, bianca e mortadella comes from Italy. It’s a Roman dish sold in pizza al taglio joints (casual pizza-by-the-slice eateries). But, the good news is, you don’t really need to schlep to Europe for a kick-arse rendition.

Marta, in Rushcutters Bay, serves its version as a cute oval-shaped bread bundle with delicious charred bits. It’s baked in a 300-degrees woodfire oven then, while it’s still hot, is sliced in half and immediately stuffed with mortadella so the heat warms the meat and the beautiful flavours and enticing aromas are released.

The crusty-on-the-outside and soft-on-the-inside consistency is achieved with what the kitchen calls, “our unique Roman-style dough” (it has a higher water content which makes it lighter). Marta owner Flavio Carnevale says the light dough means it puffs up in the oven to create an internal air bubble – a cave-like space for the luncheon meat to live. It’s then cut into wedges and served to excited punters like me.

I last had this joyous dish for my birthday lunch and when a couple of these beauties were placed on the table, a hush spread through the group. Since then I’ve often thought about that moment, when I picked up the bready slab and took a bite. Birthdays are fabulous, and so is Marta’s bianca e mortadella.

“I Can't Stop Thinking About” is a series about Sydney dishes Broadsheet Sydney editors are obsessed with. Sarah Norris is the editor.