This Sri Lankan melted-cheese roti is sticking it to boring Sydney brunches. 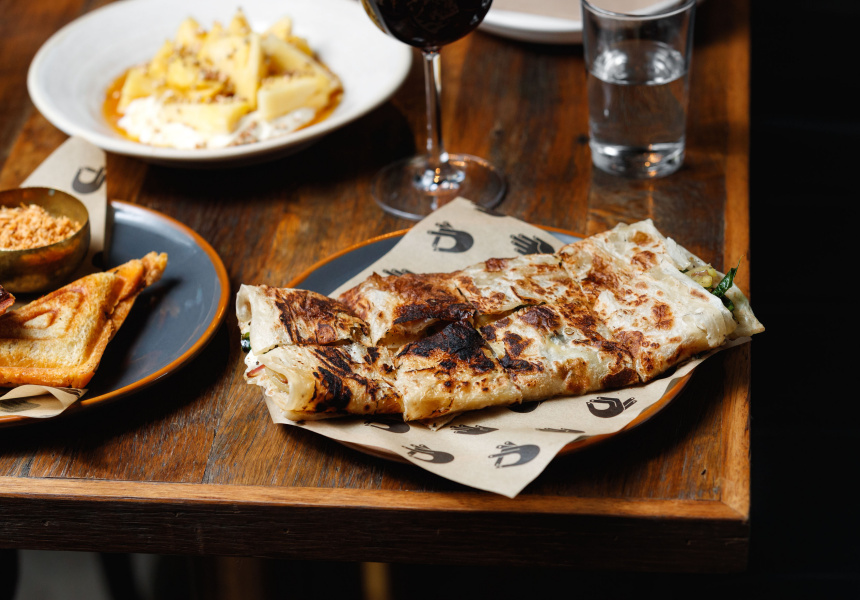 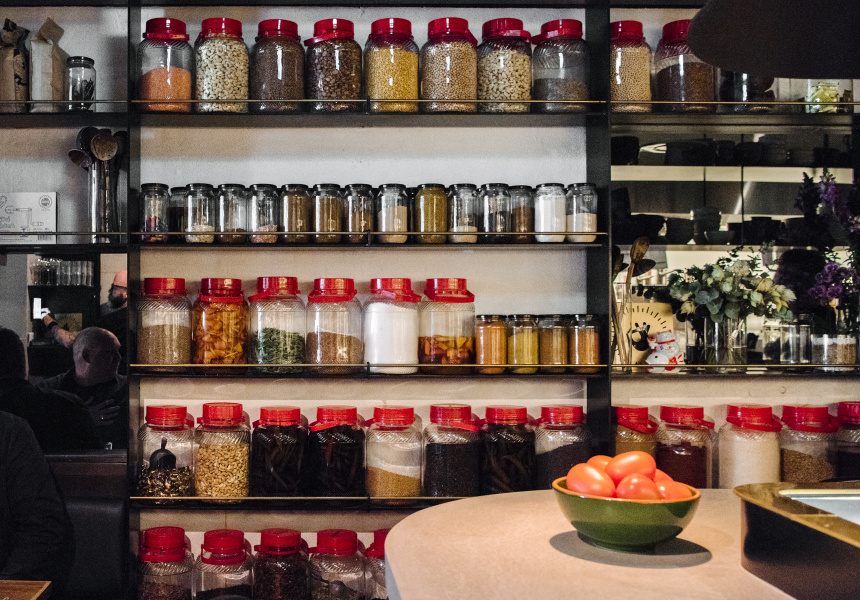 Flaky, buttery roti enveloping melted cheddar cheese, and bacon if you want. Green chilli and red onion give it a little kick, and aromatic curry leaves are like flavour bombs exploding with every bite. There’s even an option to add a second cheese: mozzarella. I mean come on – how can you not fall in love?

The Toasted Godamba Roti is one of the killer dishes on Lankan Filling Station’s recently launched brunch menu. And while the curry toastie – a spicy curried chicken and pol sambol number done in an old-school sandwich press – could have been the dish we’re talking about here (it’s as worthy), it’s gotta be the roti because there’s no other brunch dish in Sydney like it.

“We fry off a mixture of green chilli, red onion and curry leaves and then add in green tomatoes,” says O Tama Carey, who owns and cooks at the bustling Sri Lankan restaurant. “When we get an order we put the roti directly onto the hot plate and fill it with this mixture, adding cheddar cheese and either mozzarella or bacon. It’s then folded, flipped and cooked until crispy.”

Crisp, golden and with flecks of char; an audible crunch when you bite down on the tiny squares of goodness.

You can find versions of filled roti in Sri Lanka, but this dish is the restaurant’s creation. It’s surprisingly light and not greasy, even the one served with two types of cheese.

The restaurant gets its roti from Aum Spice Centre in Croydon, a spice shop run by Kumar Nathan. “The roti is made by Nira, his wife. They used to have a Sri Lankan restaurant and Nira makes delicious food. We don’t have the space and time to make them ourselves and hers are so good,” says Carey.

Pair it with a thick, icy-cold mango lassi – it’s so good – and the deep-fried eggs with kiri hodi (a traditional gentle coconut-milk gravy), white chilli crumb and hot sambol. Carey says it’s made the same way as the Billy Kwong fried egg dish, one of her all-time favourites. “The eggs are cracked into a bowl then poured into a wok of hot oil and cooked until the whites are lacy and crispy and the yolks still runny.”

Brunch is served from 12pm to 4pm on weekends.

“I Can't Stop Thinking About” is a series on Sydney dishes Broadsheet Sydney editor Sarah Norris has an unnatural obsession with.