We mightn’t always recognise it, but the streets around us are full of food. Diego Bonetto provides a short guide to what’s growing in your suburb. 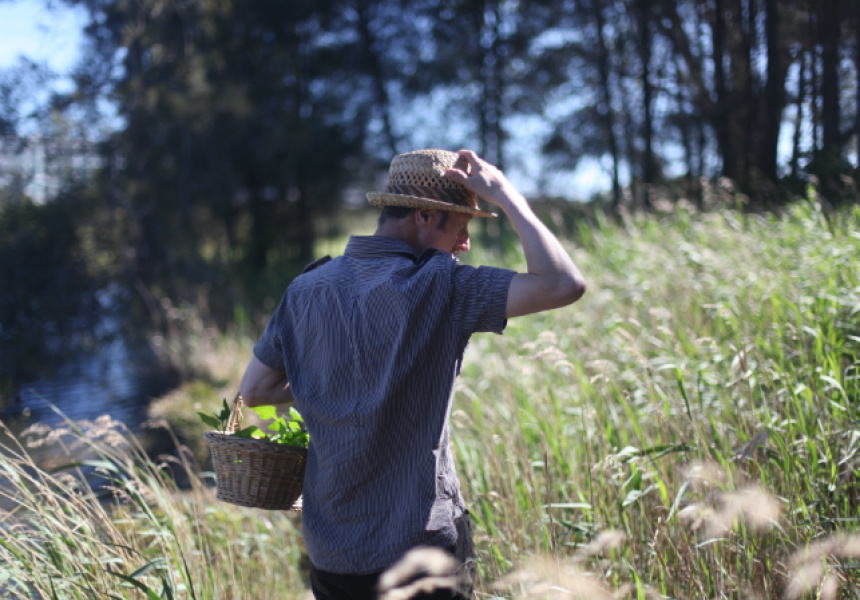 Diego Bonetto believes that foraging for wild foods is a useful skill for the zombie apocalypse. The wild food fanatic sounds almost disappointed that 2012 didn’t turn out to the way the Mayans planned. “Last year, people were readying themselves for the zombies to come,” sighs Bonetto. “The zombies didn’t come.”

Zombie or no, Bonetto still believes there’s a compelling reason for harvesting food from our surrounding streets. Bonetto grew up in Turin, picking mushrooms in autumn, wild asparagus in spring and blackberries in summer as a child. “It’s something that’s an unbroken cultural practice, to collect wild plants, where I’m from,” recalls Bonetto. “It’s quite normal. People will get up at five in the morning so no-one will follow them.”

Although the practice is less common in urban Australia, there’s a long tradition of foraging in this country, from Indigenous Australians to early European migrants. But Bonetto believes there’s a wild food resurgence, partly due to a renewed concern for the environment and partly due to an interest in novel cuisine he describes as “gastroentertainment”.

“There is a new awakening to the value of knowing your neighbourhood, knowing the plants growing around you and taking advantage of seasons,” Bonetto explains. “Our lifestyle takes an enormous toll on the environment, through industrial agriculture and so forth. Taking advantage of resources that are free and available is kind of a way that we just ease our guilt, not relying on produced shipped across from Argentina or Israel or India.”

But it’s not as simple as walking out your door and eating the first berry you see. Bonetto insists that if you don’t know exactly what you’re looking at, you shouldn’t put it in your mouth. “Opportunistic foraging is not something intelligent people do. It’s something you do when the zombies are behind you,” he advises.

To that end, Bonetto has used crowd-funding to develop an online map of wild plants around Sydney. Users can simply take a shot with Instagram, add the hashtag #wildsydney and a team of experts will identify exactly what the plant is (and whether it’s edible). The plan is to have an interactive map that tracks the lifecycle of plants throughout the seasons. “There’s lots of wild food out there, but how do I know that it’s clean, how do I know it’s not going to poison me, how do I know to eat the right thing?” he posits. “Slowly, we’re creating a map that’s all around town.”

Bonetto is set to host a series of wild food workshops as part of this year’s Good Food Month, but for those who can’t wait to start harvesting, here’s what’s on the menu around five Sydney suburbs.

Diego explains that, if you know where to look, there is an enormous quantity of Lilly Pilly in domestic gardens and on the streets, whose sweet, pink, cherry-sized fruits are ripening now. “Some are sweeter than others – you need to learn that. The purple ones, the magenta-looking ones, are sweeter and juicier. The smaller ones are fantastic in jams,” Bonetto advises. “Go and pick them.”

Few people know it, but the flowers on this large street tree are entirely edible. Their creamy-white flowers can be found all over Redfern. “In France, they cover them with flour and water, they butter them, fry them and eat them hot,” says Bonetto. “I’m proposing a drink – they’d be fantastic as a drink. Like a cordial.”

Marrickville
Rambling Dock and Warrigal Greens
Marrickville is one of Bonetto’s favourite foraging destinations. He regularly heads down to Wolli Creek to pick greens like Rambling Dock and Warrigal Greens, which are amazing garnishes. He also loves the area for its overhanging fruit trees, like lemon. And, don’t worry: if they’re over the street, they’re free for the picking. “If it’s hanging into the street, it’s not a matter of politics. You can cut it,” he says. “No climbing over fences, though. No, no, no, no, no.”

Out west is Mecca for foragers, chiefly because its parklands (once farmland) are filled with clean soil that’s never been polluted. Bonetto says there’s an amazing array of food on offer, including native bullrushes. “Bullrushes are delicious. The roots this time of the year, the young shoots are fantastic. They come out with these cigar-looking fruiting bodies. When they’re green they taste like sweetcorn,” Bonetto enthuses. “It’s an extremely important plant for food and craft.”

For some weird reason, fennel loves train lines. “If you find railways, you’ll find fennel,” says Bonetto. “They live in a symbiotic relationship, because fennel likes trains. I don’t know why.” If you need some, head down to Glebe and follow the light rail. “There’s plenty of fennel over there, absolutely stacks of it,” he says.

Help Bonetto fund his foraging map project by contributing to his Pozible account at wildfood.in