How Much is Too Much For Vegemite On Toast?

Breakfast continues to be the most controversial meal of the day in Australia. How much is too much to pay for one of our national dishes? #spreadgate On Monday Australia’s national toast-topper made headlines when a cafe-goer in Newcastle, on the NSW Central Coast, was served two pieces of toasted bread with a quenelle of butter and a dollop of Vegemite smeared across the wooden board it was all served on. The price? Seven bucks.

Gourmet vegemite on toast. This is just ridiculous! Tasty but ridiculous.

Huon Oliver, a regular customer at Core Espresso said: “Gourmet Vegemite on toast. This is just ridiculous! Tasty but ridiculous.”

His commentary was noticed by pop-culture blog Brown Cardigan, which shared the photo with its 39,000 Instagram followers saying: “Alright, which one of you fuckwit cafes did this?” (It’s since received more than 19,600 likes.)

But is $7 actually above the national average price for Vegemite, a bit of butter and two pieces of browned bread at a cafe? Unfortunately, there’s no Bureau of Statistics data to give us an exact answer, but Broadsheet did some anecdotal digging around, and first we crunched some numbers.

Made from leftover yeast extract, a 280-gram jar of Vegemite – containing 56 servings – generally costs $5 at the supermarket. That’s about nine cents worth of spread for each piece of toast.

Things get a little more complicated with the bread and butter: how thick are the slices? Is the loaf made in-house? Has the cafe hand-churned the butter? And was it made using organic products?

For example, a loaf of Tip Top Sunblest White Sandwich Bread from Woolworths will set you back $2.80. There are 20 pieces (plus two pieces of crust) so each slice is roughly 12 cents.

On the other end of the scale, at one of Sydney’s best bakeries, Iggy’s Bread, a white sourdough loaf costs either $5.50 or $8, depending on its size. Angelina Kane, the finance and wholesale manager at the Bronte bakery, says she can’t break down the business’s flour and labour costs to pin-point the exact price of an individual slice, but adds: “We haven’t raised our prices since we started, although the prices of organic flours and organic ingredients have increased.”

In Sydney you’ll crunch down on two slices of Vegemite toast for $7 at The Grounds of Alexandria and at Bread & Circus, also in Alexandria. It’s the same price at Bondi’s beachside cafe Porch and Parlour.

Bills, Bambini and Bondi Wholefoods will charge you $7.50.

$8 will see your Vegemite paired with white, brown or grain toast at The Boathouse at Palm Beach; with seeded, grain or sourdough toast with King Valley Dairy butter at The Grounds of the City; or house-made Vegemite at Three Blue Ducks.

Perhaps Woollhara has the most expensive Vegemite toast. Cafe Parterre serves it on organic sourdough for a whopping $9.

For the Avenue cafe group – with outlets across Sydney’s CBD – two slices of Vegemite toast costs $3 takeaway or $5.50 to dine in. Similarly, Clarence Street’s Nook Urban Fresh Bar in the CBD sells one piece of Vegemite sourdough for $2.50 to dine in and $2 to take it away.

In Melbourne, the Higher Ground and Rudimentary both charge $8.50 for their versions.)

And what happens when the two most controversial toast-toppers collide: avocado and Vegemite? At least at the Avenue, it’s not the mortgage disrupter you might expect it to be: there, Turkish bread is the most popular base for a mix of the two spreads, and it costs $5.50.

So is a $7 serving of vegemite toast so unusual? Compared to the cafes of inner Sydney, it’s not. 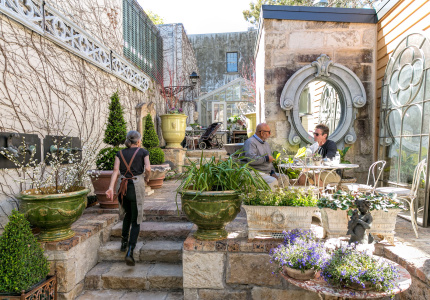 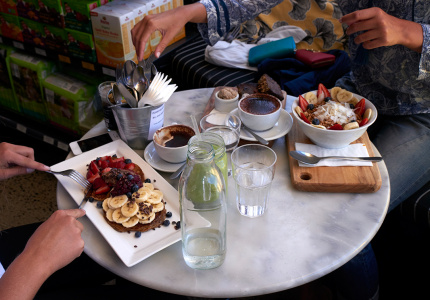