How to Match Wines with Chinese Food

Western food-and-wine-pairing rules do not apply. 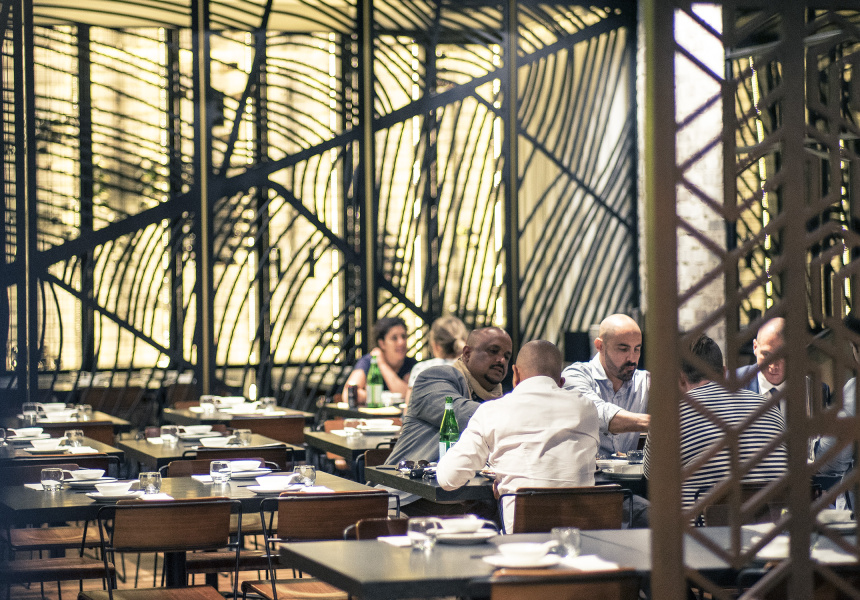 Generally speaking, when organising a dinner party you’re probably guided by the standard “red wine with red meat and white wine with white meat” rule. But what about xiao long bao, peking duck or steamed fish in ginger and soy? Can you count on these rules holding?

According to Genna Gradwell, bar manager at Luyu & Yumyum, wine’s interaction with Chinese flavours is quite often different to its interaction with Western dishes. That’s not to say they don’t pair well. They do. Gradwell gives us some general tips to get the most out of your matches when serving Chinese food at home.

Ignore the old-school rules
Though wine is just as suited to Chinese food as any European cuisine, Gradwell says a different frame of mind is needed. “A lot of people try to stick to the general pairing of wine,” she says. “They assume white meat with white wine will still work with Asian foods. But because of the different flavours, it's much harder.” Gradwell suggests slightly sweeter wines in order to balance the increased saltiness in Chinese food. “People are surprised that we have a lot of sweet wines at Luyu & Yumyum,” she says. “But it's to balance out the palate.” Pay particular attention to roast meats, saucy soy-based dishes and strong flavours, which all benefit from pairings with a sweeter wine.

Pair according to spices and sauces rather than the main ingredient
Gradwell says the most important thing to consider with Chinese dishes is not the protein in the dish, but its preparation and sauce. “The fish may not be the main flavour,” says Gradwell. “With Asian foods the sauces, dips and spices may overpower the protein. So choose your wine according to the flavours that are being incorporated into the dish.”

Flexibility with spices
There’s a few ways to approach matching wine with spicy dishes, depending on how hot they are, and how strong the overall flavour profile is. For rich and savoury spicy dishes, Gradwell recommends a full-bodied red to match the strong flavours, such as a malbec. For dishes where the chilli is dominant, something crisp and slightly sweet, like a German riesling, works well. “German riesling has a crisp finish, and balances out your palate,” says Gradwell. “So you can go from something with lots of chilli to something subtle.”

Be bold, be simple
Gradwell reminds us that the most important part of any dinner party, regardless of what’s being served, is your guests. While considering her advice, remember to cater to their tastes. If you’re serving to a big group, pour a variety of wines, or both a medium strength and something relatively subtle. “Not all of your guests are going to like the same things,” says Gradwell. “I wouldn't necessarily try pairing a really rich and sweet riesling. Instead, try a dry white, a blend, a medium range rosé, or a pinot gris, which is still sweet but crisp at the end.”

Her final advice? Be brave. If you’re inexperienced with pairing food and wine, don’t only pick what you know: “Don't be shallow with wine. Let it take you on an adventure. You're never going to know unless you try.” Order Chinese food from Luyu & Yumyum via Deliveroo and test Gradwell’s wine-pairing tips for yourself.

This article is presented in partnership with Deliveroo.