How to Infuse Your Own Spirits

Taking your cocktails to the next level is easier than you might think. We show you how. 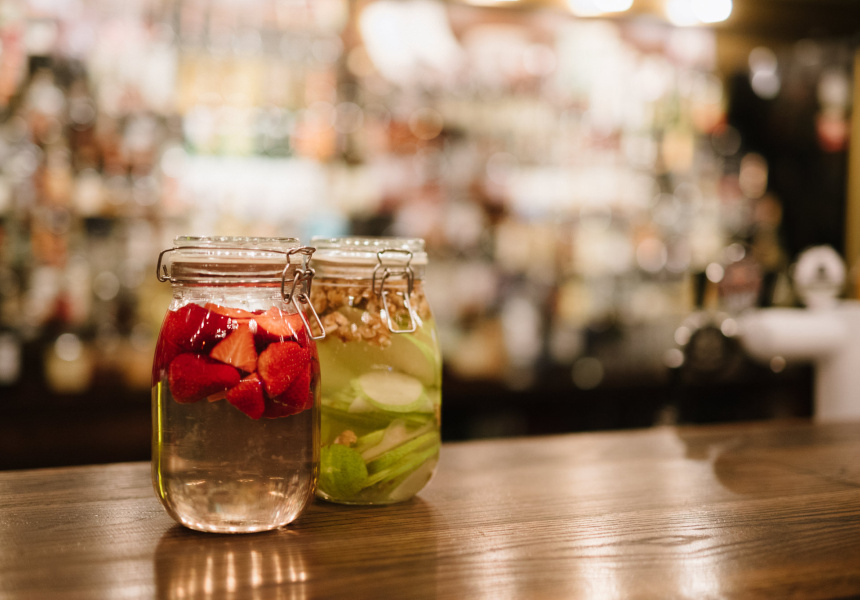 Infusing your own spirits sounds complex and daunting. It might also bring back memories of funnelling Skittles and Redskins down the neck of a bottle of vodka. But often all it involves is chopping up some quality ingredients and putting them into a jar with your favourite spirit.

Joe Chisholm, of Brisbane bar Cobbler, says bartenders often use infused spirits to primp the base of their cocktails. “It brings a cool, additional layer to the drink,” he says. Here are Chisholm’s tips for getting started yourself.

Chisolm says the general rule of infusions is to keep flavours similar and complementary. Lighter spirits such as Ketel One vodka have a fresh, clean slate to begin with. “You can add literally anything you like to it,” Chisholm says. Popular options are cucumber, raspberry, pear, peach, chilli or chocolate.

Cucumber is a classic vodka infusion to begin with, and can be mixed with homemade lemonade or a simple soda for a quick cocktail. If you prefer gin, the floral notes in Tanqueray work particularly well with a citrus infusion, such as grapefruit rind. Bourbon’s vanilla characteristics go well with flavours such as apple and cinnamon.

To begin the process, simply chop up your ingredients, pop them into a sealed jar with your spirit of choice, and refrigerate. The flavours will infuse naturally over time. The ingredient you choose will dictate how long that should be.

“The stronger the flavour, the shorter the time it needs to infuse,” says Chisholm. “If you’re using a light, floral flavour like a berry, you need a bit more time and a higher sugar content for it to infuse properly.”

Berries will take three days to infuse (add a teaspoon of sugar before popping into the fridge), and fruits such as apple, pineapple and pear will take two to three days. Stronger herbs or spices (rosemary, for instance) only need a day.

Chisholm recommends playing around with simple flavours to start with. Once you’ve mastered the basics, you can experiment with more-complex infusions, such as his coconut-buttered rum, which you can use to make a spin on an Old Fashioned.

Here are recipes for both simple and complex infusions.

Method:
Add the infused Ketel One vodka, lemon juice, sherry and honey to a mixing glass with ice and stir to combine. Strain into a tall glass and garnish with candied walnuts.

Method:
Slice the pear very thinly and add it to a sealable jar with the walnuts. Top with Ketel One vodka and sugar and allow to infuse in the fridge for two days. Strain before using.

Method:
Add the coconut-buttered rum, sugar syrup and chocolate bitters to a mixing glass and stir to combine. Strain into a chilled rocks glass over ice and garnish with fresh coconut shavings.

Method:
Melt the butter and coconut oil down to a liquid. Remove from the heat and stir through the Ron Zacapa rum; stir gently for five minutes. Leave to set in the fridge for one hour, or until the butter has separated from the rum and firmed. Scrape the butter off and discard, and pass the infused rum through a muslin or clean Chux cloth. Set aside until required. 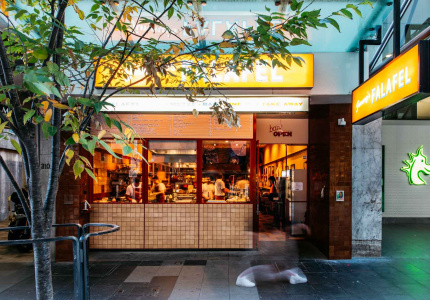