How to Host a Vegan (or Vegetarian) at Christmas

And on the flipside – how to be a good guest. 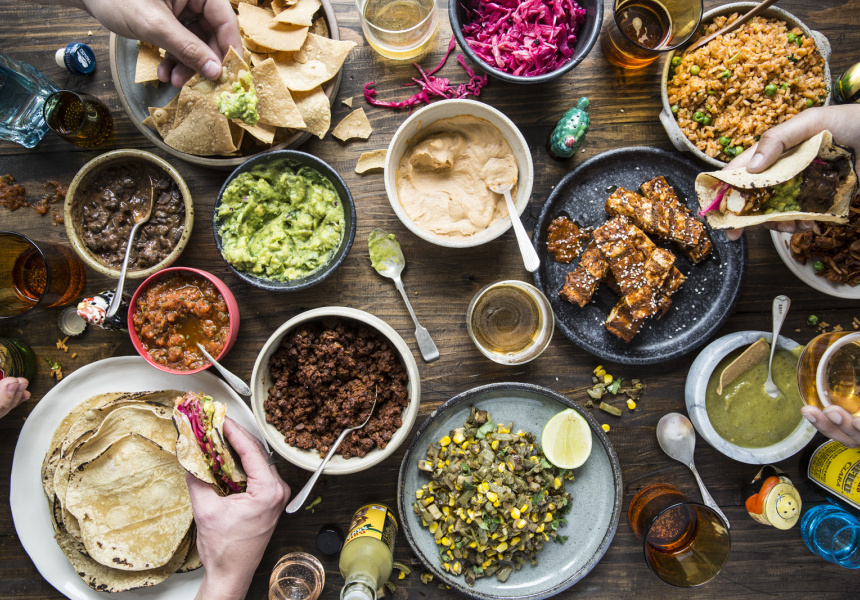 Image via Smith & Daughters: A Cookbook (That Happens to be Vegan) 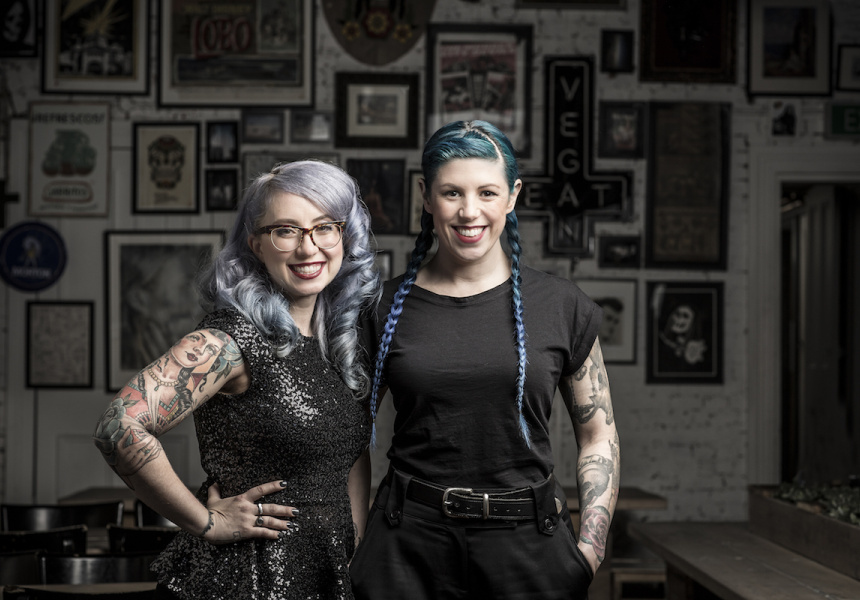 Most Christmas dinners have a vegan (or at least a vegetarian) in attendance, and it’s usually a pretty average experience for everyone. The host either doesn't remember, or feels awkward and apologetic (which makes the guest feel awkward). Or often the veg option is essentially a side, or something not super fun and festive.

I’ve been vegan for 16 years, which means a lot of Christmases cooking for myself, but I got smart. I started to make the food look really appealing. And making larger serves and putting the dishes on the table with the rest. The I’d watch my family comment on my candied sweet potatoes, stuffed squash and pumpkin cheesecake like it wasn't just the vegan (said in a sarcastic tone) food. As long as they didn't think it was vegan, they laid off the comments. Then, year after year, they requested my dishes.

If you’re a host:

First things first – don't think of it as a challenge. Cooking vegetarian or vegan food is pretty much the same as cooking non-vegan food. You’d be surprised at the amount of stuff you're making that is either animal-free already, or one step away from being so.

If you're doing a salad, leave off the meat and cheese, perhaps put it to the side so people can self serve those additions. Make dressings with oil, vinegars, citrus – there are ways to make anything vegan.

If you're doing stuffing, make it vegan. Start with a basic recipe: bread crumbs, fresh herbs, vegetables, margarine, vegan “chicken” stock, and make it in a pan. Use one of the stocks that are beautifully, accidentally vegan – many beef and chicken stocks don't contain animal products. Instead of butter, use margarine. The less of a big deal you make of the vegan food, the better. Treat it as food everyone can eat.

If you are making mashed potatoes, use soy milk and margarine rather than milk, cream or butter. Easy. Or roast potatoes with olive oil, salt, garlic and rosemary.

If you’re making a roast there are a zillion recipes out there for nut-based roasts and loaves. There are also heaps of alternatives, such as Tofurky and Field Roast, which you can buy in specialty stores (like ours, Smith & Deli). To mix it up, go to a specialty shop and get some vegan prawns to put on the barbeque, or any variety of veggie sausages.

Even at your most basic grocery store there’s always a pre-mix gravy sans beef and milk on the shelf.

Etiquette-wise, don’t isolate your vegan guest. They already feel they’ve put you out. Put the vegan dishes with the rest of the meal, encouraging everyone to share. At a convenient moment, pull your guest aside and point out the dishes. It’s better than embarrassing them by shouting it across the table, and telling everyone else to stay away so there’s enough. In saying that, I’ve often gone to parties where the vegan food was tastier than the meaty food and it was almost all gone before I got to it.. Perhaps make even more of the vegan dishes than you think you’ll need!

If you’re a guest:

If you're vegan or vegetarian, make sure to let the host of the dinner know. Offer to bring a dish, or to search recipes online. Make this experience as painless as possible for the host. We know one bad experience with vegan food is probably the reason most people are put off by the idea. We don't just eat twigs and grass clippings and lentils, honest.

This is one of my personal philosophies on being vegan: if you’re served a dish the host 100 per cent guarantees is vegan, but you can see the hunks of feta in it, don’t refuse it. You’re not not vegan because there’s a trace amount of feta. They’ve made the effort to make you a dish. Push the cheese to the side and eat around it.

No one likes a ranty, preachy person, ever. A point is more powerfully communicated with delicious food and great conversation.

If someone starts ragging on you, or talking about how great their roast is and how much you’re missing out, now’s not the time to get on a soap box. You’re not going to change their mind by arguing back. Later you can pull out that dessert you brought and let them eat it without telling them it’s vegan. Chances are, they’ll love it and not think twice about it.

Not to shamelessly self promote, but this year at Smith & Deli (which is entirely vegan), we’ll have beef wellingtons, prawns for the barbeque, plum puddings, brandy custard, gravy, pâté, cheeses, mince tarts, frozen roasts and heaps of treats.

Mo Wyse is the co-owner of Smith & Deli in Fitzroy and co-author of Smith & Daughters, A Cookbook (That Happens to be Vegan) with Shannon Martinez. The book is in stores now.