How Hard Can It Be to Run a Food Stall at Carriageworks Farmers Market? 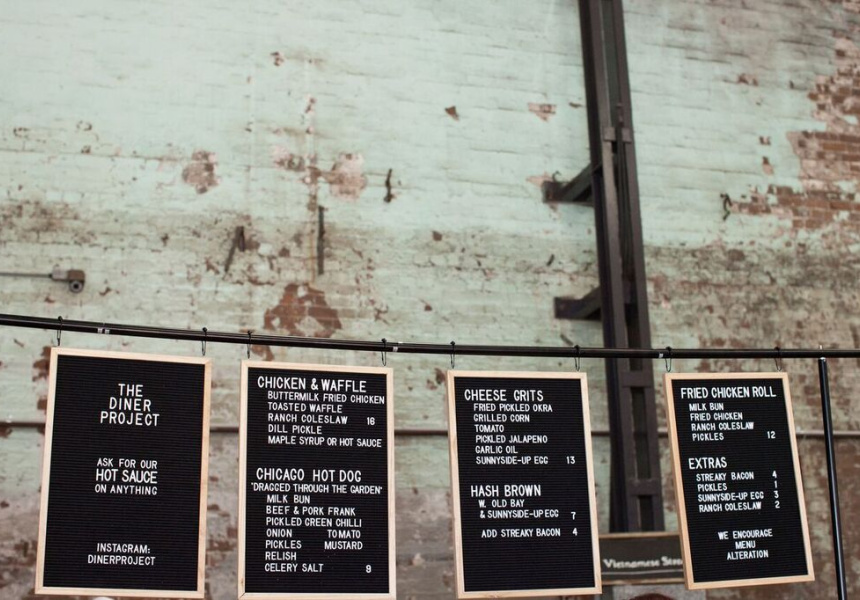 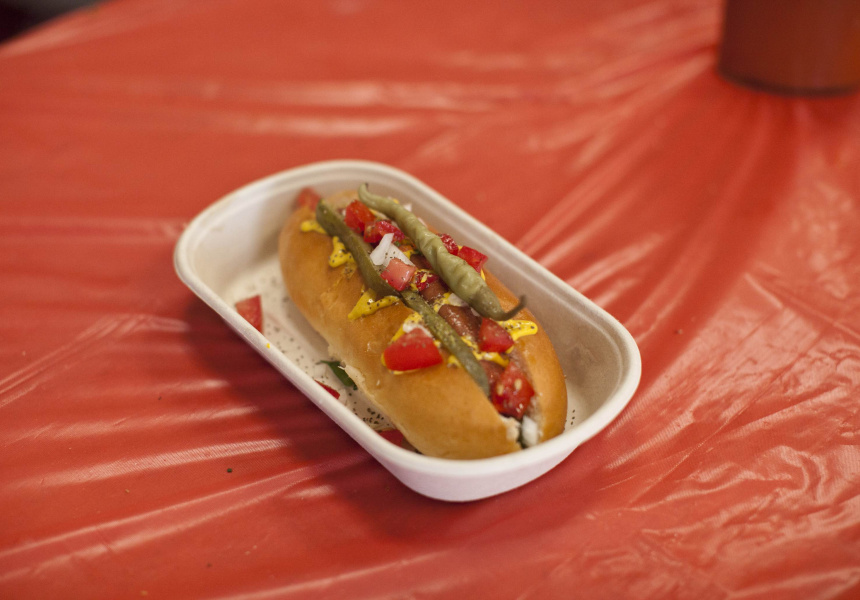 It’s just after 8am and a small crowd is starting to gather, scanning the menu boards I’ve spent hours attaching small plastic letters to (why are there never enough Ks?). It says fried chicken, waffles, pickles, bacon and eggs.

My food stall at Carriageworks Farmers Market – The Diner Project – has been open for 10 minutes and, after months of living under the despotic rule of endless to-do lists while leaking thousands of dollars, everything now rests in the hands of the people strolling past.

When Carriageworks put a call out last September for “unique food-stall concepts” for its weekly market, I jumped at the chance with a dangerous level of naive enthusiasm. Despite a vast absence of experience I wondered: “How hard could it be to cook 200 plates of food in five hours?”

I wanted, I told Carriageworks, to create a diner. Not a Buddy Holly-filled, jukebox-fuelled burger-and-fries novelty jive joint, but a place that made the proper diner food I’d fallen in love with on my drive from Chicago to LA on Route 66 a couple of years ago.

Fried chicken and waffles with pickles and maple syrup. Cheesy grits topped with a fried egg. The salad-and-pickle-covered hot dogs found only in Chicago (known locally as “dragged through the garden”).

My deep craving for these comforting treasures had been left unsatisfied in Sydney, and I wanted to fix it. Carriageworks said yes and sent me on my eager way.

The Diner Project was born.

During my US road trip, seasoned diner chefs had shared their recipes with me under the agreement I would never recreate them completely. That meant I began tweaking and combining recipes and techniques, and making nightly batches of fried chicken and endless piles of waffles on the weekends.

By December, my menu locked down, it was time to start sourcing ingredients and equipment. Restaurants have established sources for ingredients. They have a place for meat, a place for bread, and a place for eggs. I had Coles.

I chose a random ingredient to hunt down first – the beef frankfurts so ubiquitous in Chicago – assuming I’d find dozens of competing wholesalers keen to supply me.

Of the dozens of places I contacted, none had the sausages I needed. Meat wholesalers told me to contact delis, who referred me to butchers, who suggested halal butchers. After eight weeks of hunting I was sure there wasn’t a smoked-beef frankfurt in all of Sydney.

At the same time, my cooking gear had started to arrive. The centrepiece was a new deep-fryer, which I eagerly filled with oil and plugged into the wall. I turned it on and, moments after a small puff of dark smoke emanated from the back of the power unit, the whole apartment went dark.

Maxing out my credit cards and driving myself to the edge of fried-chicken-related heart failure had left me sausage-less and powerless.

So now it’s February, and I’ve found a small Marrickville-based smokehouse (Burgomaster) that makes beef frankfurts; my short-circuiting deep-fryer has been replaced; and the trucker caps have arrived. I’ve been working 20-hour days for weeks but I’m surrounded by prepped food, and the crowd looking at my menu boards is growing.

A woman steps up and says: “Can I have a fried chicken and waffle, please?” And just like that, we’re away.

After she’s finished she comes back to the stall and says, “That was great.”

She has no idea how long I’ve been waiting to hear that.

Since publication, The Diner Project has finished up its residency at Carriageworks.