Produced by Broadsheet in partnership
with Moët & Chandon.

How to Embrace Warm Weather Evenings in Sydney

Although now technically autumn, there’s still plenty of ways to extend Sydney’s summer spirit into the evening. In partnership with Moët & Chandon Ice Imperial, the first Champagne designed to be served exclusively over ice, here’s seven ideas to try before the weather wanes. 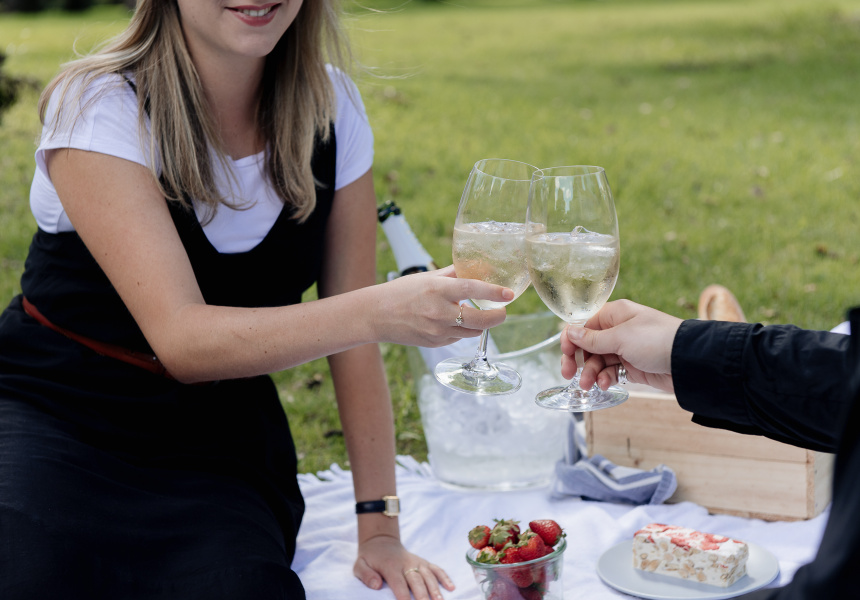 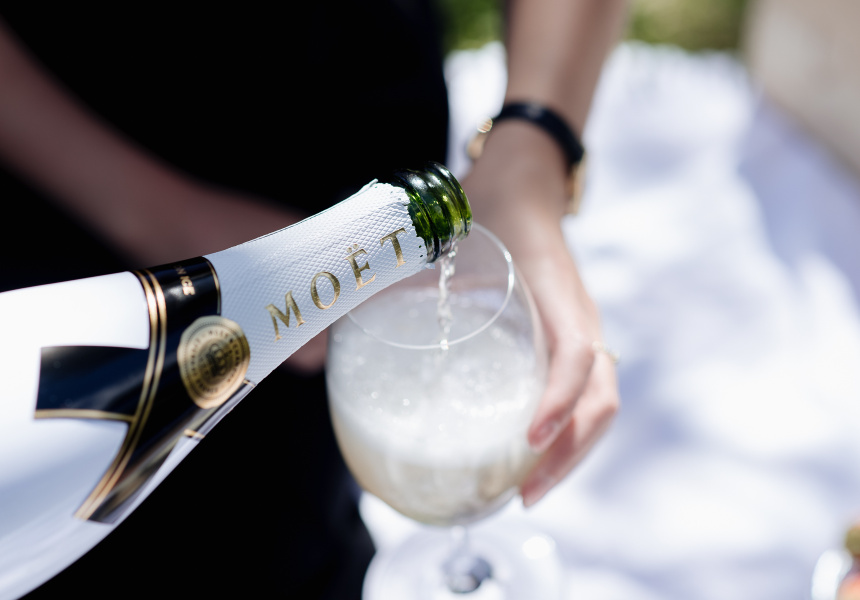 There’s a bittersweet tinge to the turn of seasons. But sometimes it’s all in a name. Autumn still offers plenty to do in Sydney, especially as a city built to embrace and chase the heat. From galleries, to picnic spots and ocean pools open late, here’s our guide to after-dark activities around town.

Get cultured at Art After Hours

Skip the daytime crowds and explore the Art Gallery of NSW at Art After Hours. Every Wednesday the gallery stays open until 10pm, offering an ever-changing roster of lectures, tours, film, live music, and talk by curators and celebrities such as Katie Noonan, Jack Thompson and TV gardener Costa Georgiadis.

Current exhibitions include John Olsen: the you beaut country, ARTEXPRESS 2017, Adman: Warhol before Pop and The National 2017. Drinks and snacks are available at the pop-up bar in the entrance court, or make a night of it with dinner at produce-driven CHISWICK at the Gallery.

Hovering over the water on Manly Cove Esplanade, Manly Pavilion occupies one of the best spots on Sydney Harbour. Built in the 1930s as a dressing shed for beachgoers – and once home to a Michelin-starred restaurant – the building lay empty for three years before new owners reopened the refurbished space in 2016. Its proximity to the ferry offers easy access for locals and tourists alike. Order a Moët & Chandon Ice Imperial, add ice, sit on the balcony and toast the glittering water view.

Meet up at the city’s newest harbourside park for a sunset picnic before the evenings get fresh. Barangaroo Reserve is a quick walk from Wynyard, and the six-hectare space features terraced paths and gardens as well as a brand new view of the Harbour Bridge.

After dinner wander along the park’s promenade, Wulugul Walk, and keep an eye out for the public artworks that make up Aurora Eora, an exhibition featuring the work of prominent contemporary artists including Tony Albert, Karen Black, Reko Rennie, Joan Ross and Gemma Smith. The pieces are on display at the park from March until June.

Autumn in Sydney is glorious for runners. While the evenings stay light and the heat and humidity of the summer subsides, it’s a perfect time to explore new running tracks in different parts of the city.

The Manly to North Head track passes Q Station, the historic quarantine station-turned-tourist attraction, and offers an incredible vista of the harbour unfolding to the south. Running trails traverse Lane Cove National Park, a bush oasis in the middle of the city, while the iconic seven-kilometre Bay Run circumnavigates Iron Cove.

Dance at No Lights No Lycra

Shake off the nine-to-five shackles at No Lights No Lycra, a weekly celebration of life and daggy dancing at three locations across Sydney – Newtown, Bondi and Parramatta. It’s all about self-expression, so get ready to embrace your inner dag and revel in the glory of dancing in the dark. Just $7 at the door.

Catch a flick under the stars from the comfort of bed. Mov'In Bed Cinema at The Crescent in Parramatta Park has 150 queen-size inflatable beds complete with blankets. April highlights include Lion, La La Land, and Logan. Pack a picnic or pick up dinner from on-site food trucks. PJs optional.

A late dip in an ocean pool

Discover the joys of swimming in Sydney’s spectacular ocean baths long after the holidaymakers have packed up and gone home. In the eastern suburbs, bathers can choose from Mahon Pool at Maroubra, Wylie’s Baths at Coogee, Bronte Baths, iconic Bondi Icebergs or McIver’s Baths, the only women-only ocean pool in Australia. Down south, splash about in Cronulla Rock Pool. In the north, there’s Manly’s Fairy Bower Pool. And if you really want to extend the summer vibes, you can just stay in the water at Mahon Pool and Bronte Baths – both are open 24 hours.

This article is presented in partnership with Moët & Chandon Ice Imperial, the first Champagne designed to be served exclusively over ice. Please drink Moët & Chandon responsibly.

Produced by Broadsheet in partnership
with Moët & Chandon. Learn more about partner content on Broadsheet.