How Climate Change Will Affect What We Eat

We know it’s happening. But what is it doing to our food? 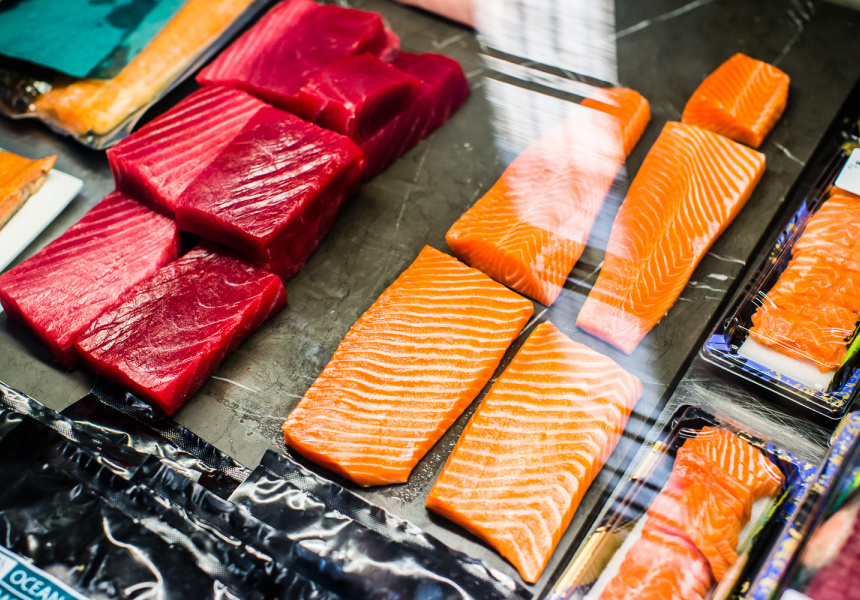 Remember when bananas were the most expensive thing in the supermarket? After Cyclone Larry decimated Queensland’s crops in 2006, prices rose 500 per cent across the country.

Perhaps it was a glimpse of our future. Late last year, The University of Melbourne released “Appetite for Change”, a report outlining the effects of climate change on Australian agriculture. It paints a sobering picture.

Climate change is already the cause of more frequent and more intense hot days and heatwaves in Australia. It is altering rainfall patterns, increasing the severity of droughts, and driving the likelihood of extreme-fire-danger weather. From the comfort of the city, it’s easy to put out of mind. But those on the land are facing the challenges of climate change every day, and while predictions around climate change have been made for decades, we’re now beginning to see them borne out.

“I think what’s turned farmers around is that politics have run dry,” says Professor Richard Eckard, director of the Primary Industries Climate Challenges Centre. “[But] plants and animals don’t lie.” Eckard’s statement is backed up by the real-world examples littering Melbourne University’s report. Farmers such as Lynne Strong tell of milk production dropping 40 per cent overnight during heatwaves, as cows struggle to cope with the temperature. It isn’t just the University of Melbourne reporting these findings: businesses are backing them up. Late last year, Huon Aquaculture reported that hot weather was slowing the growth of its farmed salmon. A heat-related fall in oxygen levels in water may not be dramatic enough to see farmed salmon disappear entirely, but the company warned it will make the fish more expensive.

Decreased productivity and big price hikes is a common climate-change story. Another report, this time from the Climate Council, shows that food prices during the 2005–2007 drought increased at twice the rate of the Consumer Price Index.

In coming years, meat – particularly beef – is one of the foods expected to become more expensive. Heightened demand (due to growing populations) and lowered productivity (due to drought, higher feed prices and heat stress) are likely to make our barbies a lot more pricey. It’s already happening in California, where an ongoing drought has caused beef prices to rise exorbitantly.

Some scientists have suggested that, in future, Australians will be ditching beef to eat kangaroo. Which isn’t a bad idea, since kangaroos are less emissions-intensive and better adapted to our landscape than cows. Not only do kangaroos generally require less food and water, on average, they have a faster metabolic rate than cows, which results in less methane emissions per food intake (it should be mentioned that as methods for methane reduction in cows continue to be developed, cows may not produce more than kangaroos in future).

As temperatures rise and weather conditions change, it’s likely some Australian industries will move south to escape the weather changes that will make farming in their traditional regions impossible. Australia is lucky in that we span a large geographical area, making such moves possible – to a point. In some countries, Professor Eckard says, “avocados might just go off the menu”. In Australia, avocado farming will have to move to escape the heightened temperatures that will affect its quality.

Another group to go further south will be the wine industry. The Climate Council predicts that by 2050, up to 70 per cent of Australia’s wine regions with "Mediterranean" climates (warm, wet winters and dry summers) will be affected, and will produce lower-quality grapes. Changes are already happening, and have led winemaker Brown Brothers to buy land in Tasmania in response to climate-change predictions.

But even Tasmania is not free from the impacts of climate change. This year’s bushfires were unprecedented in the state’s history. Far from “normal” summer fires, they destroyed ancient tree species that had survived unchanged for 150 million years in areas that had never burned before.

Setting aside the disruption to rural communities, moving southwards can’t solve all the problems for agriculture that climate change throws up. Professor Will Steffen, an advisor to the Australian Government on climate-change, says that while tropical cyclones (like the one that wiped out our bananas) might not become more common, they will become more intense. “It’s actually the extreme events that knock people out,” Professor Eckard added, “the economic impact of that is massive.”

Professor Eckard told the ABC late last year that farmers already operating in southern areas of Australia face the challenges of heatwaves, less rain and warmer temperatures. One crop used as an example in the Melbourne University report is blueberries. Currently a multi-million-dollar industry, Australia’s blueberries may need to be grown in more limited, cooler areas of Australia’s south.

It isn’t only the noticeable weather changes that may impact on our food. Late in 2015, a picture of a crumpled bread loaf did the news rounds. The bread hadn’t been accidentally left at the bottom of the trolley; it was the result of an experiment in agricultural forecasting. Researchers from the Victorian Government and Melbourne University found that increased atmospheric carbon dioxide (as predicted for 2050 by the Intergovernmental Panel on Climate Change) substantially affected wheat, and the bread made from it. It was found there was less protein in these grains. This made the loaf smaller compared with one made with grains unchanged by an increase in carbon dioxide in the atmosphere. Professor Steffen said that, “in general, it would affect most plants … [and] there is some evidence that it would reduce the nutritional content.” Though more research needs to be done, some studies have shown that increased levels of carbon dioxide can affect plants’ capacity to convert nitrate to protein.

So what can you do? Changing your diet will help reduce your personal footprint. If you want to reduce your greenhouse-gas emissions, eat less meat, suggests Professor Eckard. And of course, cutting down on travel, particularly air travel, is a huge step towards lowering your own emissions, as flying is the single-biggest contributor to our individual carbon footprints.

Some other culprits might surprise you. Chatham House's report on livestock's impact on the environment says that due to methane from cows, dairy is worse, emissions wise, than eating chicken. How bad exactly, though, depends on whether you're eating cheese or having a glass of milk. Professor Eckard also cautions that the changes made by privileged countries, such as Australia, cannot be expected across the world.

Professor Steffen adds that in Australia, “food waste is a big issue too … you’ve got to be concerned about a system that produces so much waste”. To quantify that waste for you, FoodWise reports that 30–40 per cent of all farmed vegetables are rejected before they even reach the shops.

The biggest difference, however, won’t be made when we decide not to order extra bacon with our brunch, or when we eat leftovers for lunch. “The bigger impact will come if we, as a community, say we’re worried about how our food is produced,” says Eckard. We’re currently living in what many scientists call the “Critical Decade” to act on climate change. Climate affects food production, but food production also affects the climate. The Consultative Group on International Agricultural Research found that in 2012, the global food system was responsible for one-third of human-created greenhouse-gas emissions. As admirable as it is that farmers are trying to adapt to changes in the climate, individual approaches are not enough.

To make politicians support the action necessary, consumers must use the power of their choices, and their votes. If the community doesn’t change its priorities, pricier salmon will be the least of our worries.

A breakdown of how different foods will be affected by climate change can be found here.