Produced by Broadsheet in partnership with The Star.

How to Accurately Cook an Oyster

Head chef of The Star Sydney’s Cucina Porto Martino Pulito knows his way around an oyster. In partnership with Cucina Porto we find out where to get them, how to cook them, and what they share in common with grapes. 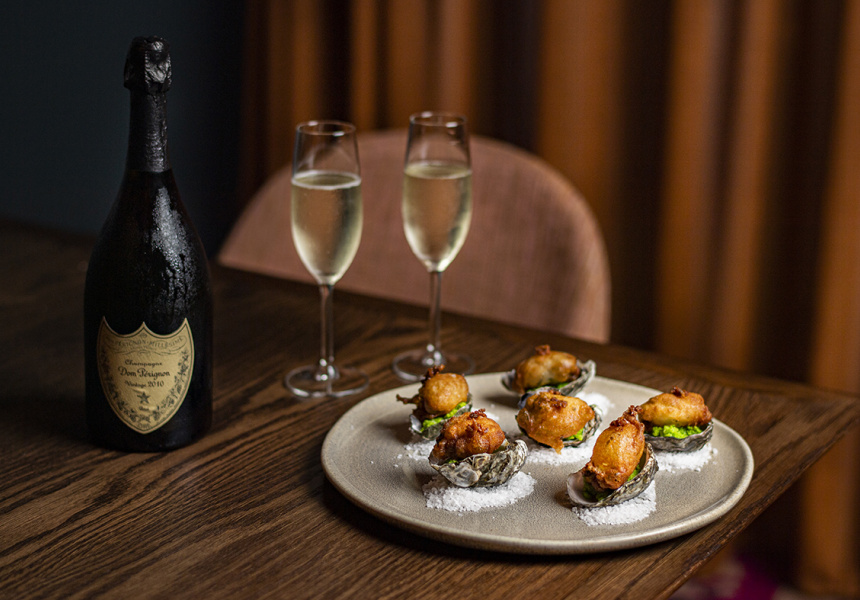 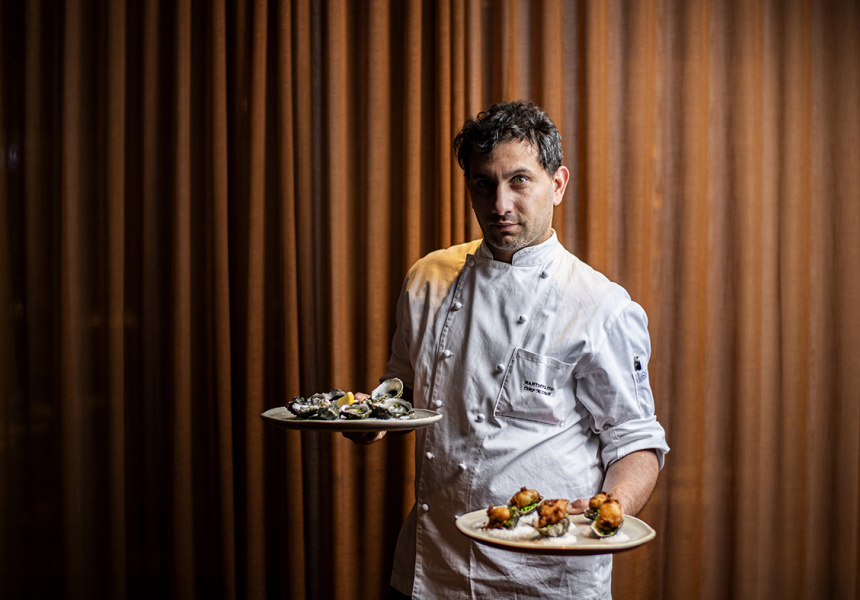 There’s a peaceful spot at the end of the Tilligerry Peninsula in Port Stephens where lemon trees line a gentle creek. Named Lemon Tree Passage, it’s chef Martino Pulito’s favourite haunt for finding oysters, but for a reason you might not expect.

“Oysters are living animals,” says Pulito, head chef of Cucina Porto, the Italian restaurant at The Star Sydney, “and they suck up around 40 litres of water a day, absorbing the flavour and character of the water.”

This is where the lemon trees work their magic, dropping leaves into the water and releasing minerals for the oysters to absorb. Like grapes on a vine, oysters will take on the characteristics of their environment. Oysters harvested from Lemon Tree Passage take on a subtle lemon flavour profile, something Pulito can’t get enough of.

“You’ll find the same thing if there are pine trees around, but with a pine flavour,” he says. “Once you start looking at oysters this way you can really start to understand them.”

Pulito is no rookie when it comes to understanding oysters, having spent four years heading up the kitchen at Sydney’s Morrison Bar & Oyster Room. He’s passionate about explaining how to best prepare and present oysters, and even has a few tips about how to cook them at home.

At Cucina Porto, market oysters are served in a simple mignonette made from cabernet vinegar mixed with shallots. “It’s super simple,” Pulito says. “But we also have a new version with a white balsamic dressing, so customers can mix and match, try them both, or just have them natural with a bit of lemon.”

The most important quality is always the oyster itself. Pulito spends a lot of time sourcing the best and freshest oysters from his supplier, knowing that an exceptional oyster will need very little enhancement.

“Freshness is the number one priority. If your oyster is really good then you don’t need to mess around with it,” he says. “Simple is best.”

Pulito looks for a little natural creaminess in the oyster, and a hint of salt. That distinctive “metallic” taste you sometimes get comes from minerals absorbed from the sea. There are two types of oysters that Pulito uses, both with quite different characteristics.

You would have heard of Sydney rock oysters, but you might not know that it’s a species rather than a geographic descriptor of provenance. You can find them along Australia’s east coast, from Wingan Inlet in Victoria all the way up to Hervey Bay in Queensland, and the flavour varies considerably within that catchment. The taste is generally light and creamy, with a flavour profile that’s appealing for most people.

Then you have the larger Pacific oysters, farmed in Tasmania and at Coffin Bay in South Australia.

“Pacific oysters tend to have a stronger, sharper flavour, and often with more salinity, salt and minerals (due to being farmed farther out in the ocean). I generally prefer Pacific oysters in the restaurant because they are a bit rarer, but the dressings we use match with both varieties.”

For those who like their oysters fried in batter, Pulito has some tips.

“Fried oysters are super simple to do at home. Get your oyster – I prefer the Pacific, because it’s got more muscle and body on it – and give it a good wash. Marinate it with some lemon juice and vinegar, but literally just for 30 seconds. It gives the flavour on the outside, like putting lemon juice on a steak. Then I put it straight away into flour just to dust them a bit.”

Next, the beer batter. “I use a mix of champagne and beer together, with organic flour, but you can use whatever beer you have in the fridge. Add a bit of salt and deep fry them for about 30–40 seconds so the coating is nice and crispy.”

The trick is to just cook the batter and avoid cooking the oyster as much as possible, or it will become rubbery and chewy. Pulito says he likes to serve the beer-battered oysters with fresh peas and a little lemon zest. “You want something sweet to balance out the saltiness of the beer batter.” For extra style points, plate up the oysters on their shells.

If you’d rather leave the delicate flavour balances to the experts, head to one of The Star’s four signature restaurants – Sokyo, Black Bar & Grill, Flying Fish or Cucina Porto – which will all be plating up succulent oyster dishes over summer. They’ll also be part of The Gift of the Pearl on NYE, where one lucky diner will win an Australian South Sea pearl valued at up to $10,000 (and everyone gets a complimentary glass of champagne and oyster).

This story was produced by Broadsheet in partnership with Cucina Porto.

Produced by Broadsheet in partnership with The Star. Learn more about partner content on Broadsheet.