Morgan McGlone is in the Kitchen at Hotel Harry

The Belle’s Hot Chicken chef is leaving fried chicken behind for this residency. 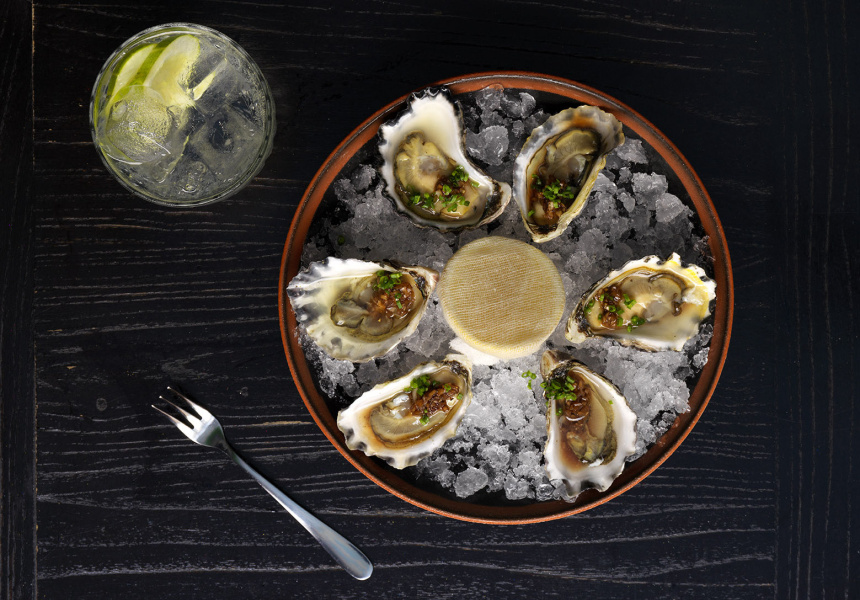 Chef Morgan McGlone of Belle’s Hot Chicken is officially on the pans at Hotel Harry in Surry Hills, starting today. McGlone has a long history in fine dining, and now he’s known for his fried chicken, first in Melbourne, and then at Barangaroo. Now he’s bringing his skills to two new menus for Hotel Harry’s Public Bar and Dining Room. Initially, he’ll be downstairs in the Public Bar kitchen, but from April 20 he’ll move upstairs into the Dining Room kitchen, where the custom Silver Creek smoker is. But don’t expect fried chicken.

“One of the great things is our one-tonne smoker. I got to work with them a lot in the South of the US, and not many people can use these. We call ours Harriette, and she’s one of the biggest in Australia,” says McGlone. “It’s very temperamental. One piece of wood will be super dry and won’t smoulder, but it’ll burn hot and spike the temperature. You have to keep an eye on it because every piece of wood is different.”

The new menus present classic pub food, but with obvious inspiration from McGlone’s time at Husk with Sean Brock, in Charleston and then in Nashville, where he ran the kitchen. “There’s Harry’s burger, an amazing minute steak and fresh oysters, and we’ll take care of vegetarian and gluten-free options, too.”

In the Public Bar, the focus is on Southern snacking – food that marries well with a drink, from crisp pork rinds to shrimp po' boys and smoked chicken wings.

“I like the lamb ribs,” says McGlone. “We brine them, smoke them for six hours in Harriette, then sous vide them at 75 degrees to keep them moist. They’re tender but still hold their consistency. We finish them in the oven brushed with our Harry’s barbeque sauce, crushed peanuts and scallion.” But McGlone points out that smoking can be overdone. "We’re using Harriette like a trump card ... when we do use it, we want it to be fucking great."

McGlone is adamant that salads and sides should be good enough to stand alone. His favourite is the salt-baked beetroot served with goat’s curd and puffed rice grains. His time in Nashville also taught him the value of pickles and ferments to give dishes a new dimension. The 150 house pickling jars aren’t just for show. The upstairs Dining Room menu will be a further extension of McGlone’s Southern influences, designed for table service as opposed to the bustle of the bar.