Is the only thing you know about chillis that there's red ones and green ones? Better read this. 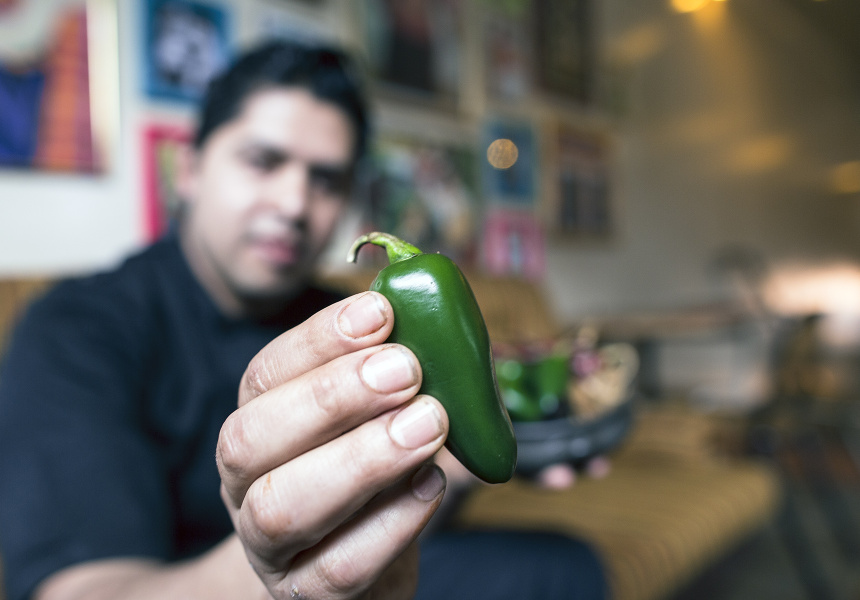 “There’re about 40-plus kinds of Mexican chilli pepper and they vary in heat from the very spicy habanero [one of the hottest naturally occurring chillies in the world] to milder varieties [including cascabel],” says Galindo Vargas. “Mexicans eat a lot of corn, beans and chilli, and those ingredients work together,” he says, adding that often it’s the subtle change in the chilli used that provides extra variety to the cuisine.

Given that chilli was first domesticated more than 6000 years ago in Mexico, there’s been plenty of time to cultivate a chilli for every occasion. From fresh to dried to pickled, there’s almost endless combinations of flavour and intensity.

“Fresh chilli is for salsas and salads, dried is for making sauces, and we mix them together, too,” says Vargas of selecting the right kind of Mexican chilli for your dish. “The ancho [dried poblano chilli pepper] is very good with chocolate, and an example of when you should use dried chilli with stronger flavour,” he says. It’s also good for the slow-cooked mole sauces, including the famous mole poblano. “The sauce is made of around six different dried chillies and chocolate.”

For Vargas, most of the chillies he uses are dried and imported. He recommends Fireworks Foods in North Rocks. “They usually have all the different varieties of dry Mexican chillies available and you can order online.” But given Australia’s climate, as well as increased interest in authentic Mexican flavours, he’s found that good quality varieties of fresh Mexican chillies are now becoming easier to get hold of. It’s something Vargas says has changed within the past few of years. “Greengrocers in Chinatown and Paddy’s market sometimes have different varieties of Mexican chilli,” he says, so don’t be afraid to ask what’s in season. He’s even been surprised to find good poblano and habanero occasionally available in the big supermarket chains.

“If you’re looking for great fresh chilli peppers, then they need to be crunchy,” he says. “Look for unblemished, shiny ones, and like any other vegetable, seal them in a container and use them very fast, within one week is best.”

Another tip is never to judge the heat of a chilli by its colour – red does not always equal hot. “Some greens are much hotter,” Vargas advises.

But heat is not always the goal – a subtle flush of warmth can bring out more richness, depth and nuance in your dish than the highest score on the Scoville (heat) scale. Get to know which chilli provides just the right amount of heat for you.

“Personally, I like chipotle, which is a smoked and dried jalapeno,” says Galindo Vargas. “It can also be brined. I like to do everything with it; tomato and garlic, cream, fish. It’s very popular now, you’ll see it on burgers and in creamy sauces everywhere.”

At Mr. Moustache where a full range of Mexican chilli can be found in everything from the mini esquites (a corn cob topped with pequin chilli powder), to the lamb meatballs in chipotle sauce.
67–71 Hall Street, Bondi
(02) 9300 8892