It’s pouring its own creations, as well as beers from independent brewers. And co-op members get discounts, homebrew classes and even a cut of the profits (if there’s enough to go around). 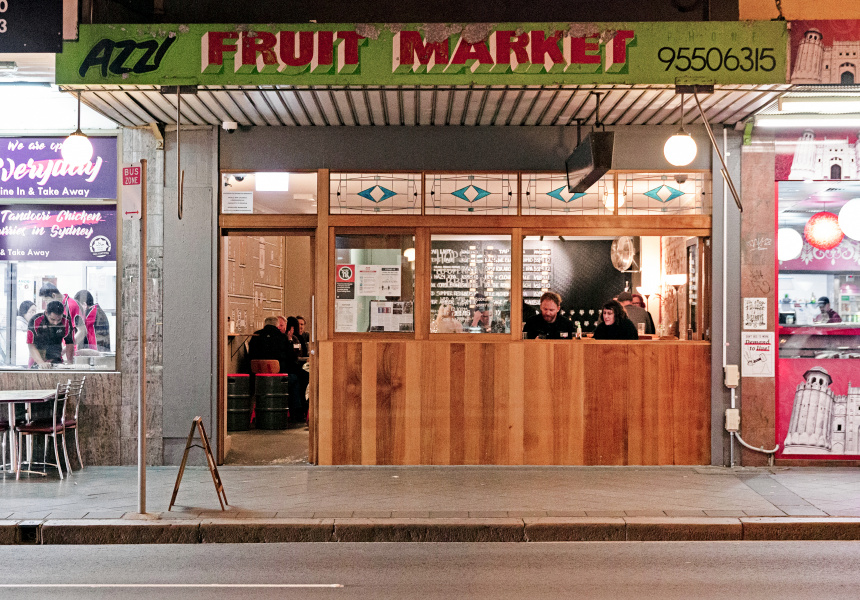 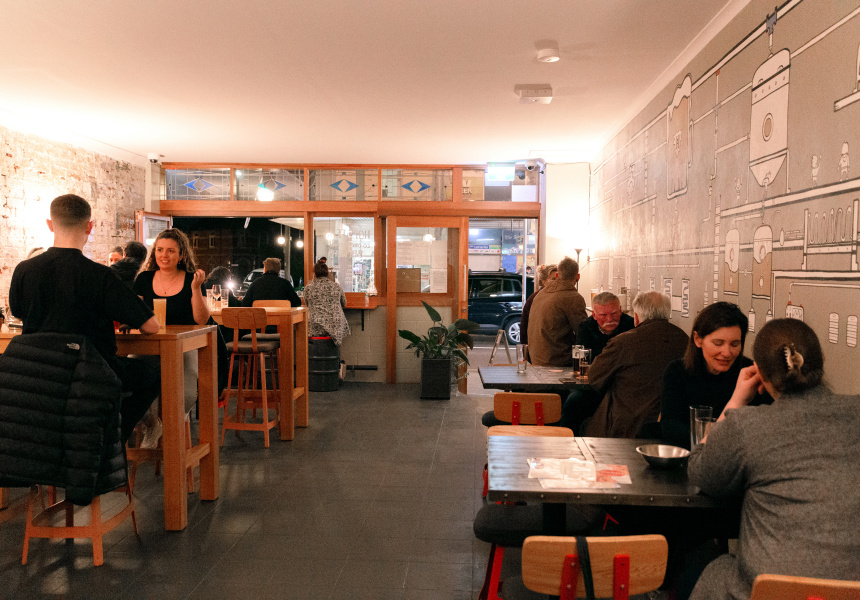 It’s nerve-racking to think of now, in the midst of a pandemic, but there was a line going out the door when Hopsters opened its taproom on Enmore Road back in March.

But it nearly didn’t happen. The venue’s licence came through at the eleventh hour on a Friday, and by Saturday night Byron Lotz and Carl Harriman (just two of more than 600 co-owners) were pouring beers for a packed house before the last lick of paint had dried.

“I had goosebumps pouring that first beer; it was loud as hell in here,” remembers Lotz, a veterinarian who had never worked behind a bar before, let alone co-owned one. Harriman, a dental technician who moonlights as Hopsters’ one-man marketing department, says that opening night ranks as one his greatest achievements. “When Byron and I weren’t curing sick cats or making teeth, we were trying to build this place” he tells Broadsheet. “And then we had to shut it down three weeks later.”

Thankfully the bar survived lockdown and has been trading steadily since June. But it was more than luck that saw it through. The Hopsters taproom is essentially a clubhouse for Australia’s first brewery co-operative of the same name. Founded by beer fan Marco Vargas in 2016, it currently has more than 600 member-owners, but the goal is to reach 300,000.

Anyone can walk into the taproom and buy a membership for $250, which includes benefits such as members-only tastings, homebrew classes, taproom discounts and a cut of the annual profits (if there’s enough to go around). In turn, the co-op enlists another comrade in its pandemic-proof army of beer aficionados. The operation is run by a board of directors who make all the decisions; those with a membership can nominate for open positions on the board.

Mitch Hobbs, Hopsters’ licensee, admits that it’s an unusual business model. But for him the perks are worth it. “The best thing about [the co-op] is it’s a community where lots of different people with all of their experiences pull together. Plumbers, electricians – you name it, we’ve got them,” he says of the members who have contributed to the taproom’s fit-out.

From the security cameras, to the mural along the left side of the space, nearly everything is installed (or illustrated) by a co-op member. The tables came from a member’s wine bar in Miranda and the long bierkeller-style benches were salvaged from Beer Deluxe on King Street Wharf.

“It isn’t just about slamming beers,” says Hobbs, who maintains the community aspect alone is enough to draw people into Hopsters’ ranks. “Some of our members aren’t even beer drinkers.”

Luckily, there’s a small Australian wine list for that contingent. But when the beers inevitably do slam, you can bet they’re brewed by small, independent producers which, in most cases, belong to the co-op. The long-term plan is to dedicate six taps to these up-and-comers, and the remaining six to Hopsters’ own range of brews.

Its flagship pale ale sits in pride of place at the top of the list; a crisp, hop-forward drop with balanced bitterness, and the only beer Harriman drinks. It’s a winning recipe from one of the co-op’s home-brew competitions, and is made in Wayward Brewing’s old 200-litre brewing system.

The system is temporarily plumbed-in at Rocks Brewing in Alexandria (“they’re just looking after it for us”, says Lotz). But it’ll soon make the journey to Hopsters, where there’s just enough space to squeeze it in out back. The co-op plans to brew all its beers on-site once the kit is installed in Enmore. An India pale ale, a saison and a stout are all on the cards.

You might guess from looking at the sign above the new red-cedar frontage that the site was formerly a fruit shop. It was owned and operated by the same family for 27 years (the patriarch is now retired and lives upstairs). The family still has a stall at Flemington Market, and Hobbs wants to use their produce in a fruited beer one day soon.

“It’s the middle of a pandemic, the middle of winter, we’re brand new and we just finished Dry July,” he says. “We survived all that. So, I think we’re going to be alright.”