It’s Sydney’s first pakora and chai bar and it sells only four things. 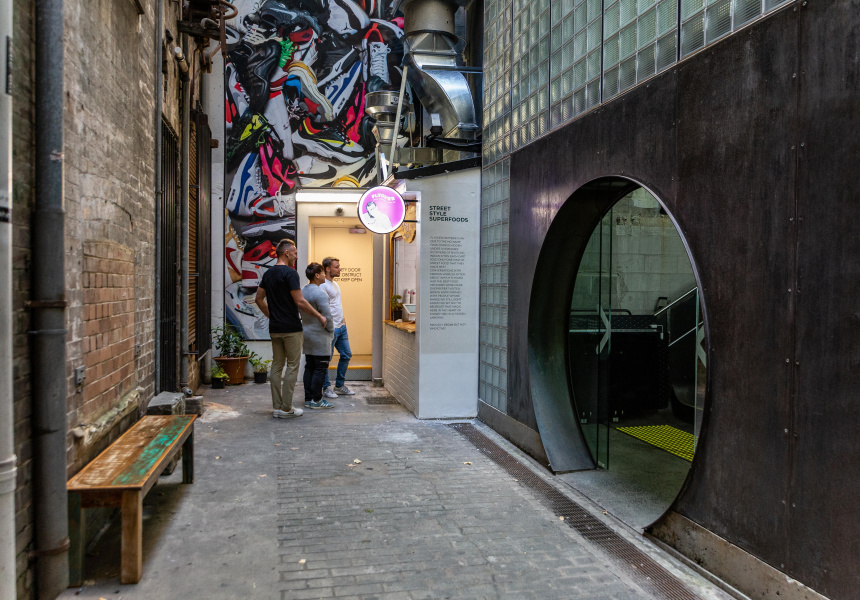 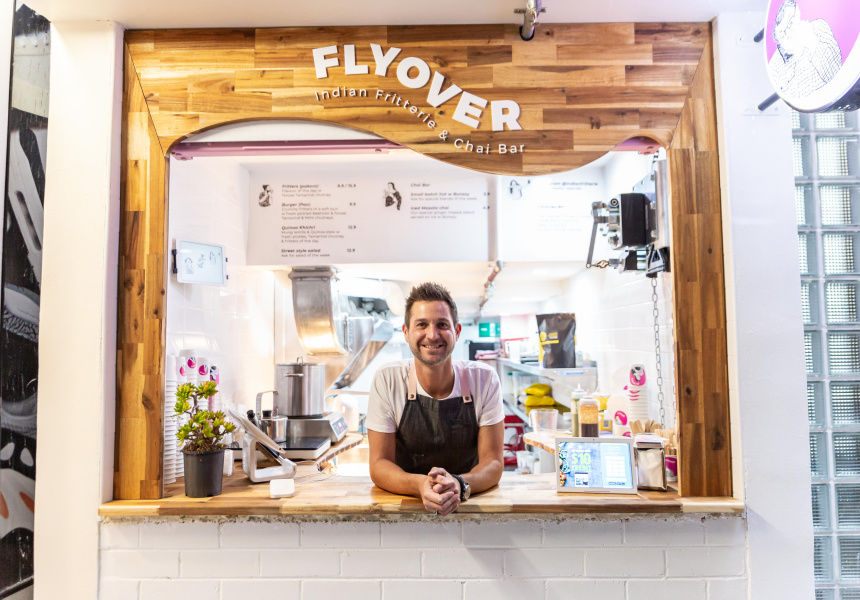 Gunjan Aylawadi is originally from Delhi but lived in the US and the UK before settling in Australia 10 years ago. Despite all the globetrotting she says nothing has ever come close to the snacks on the streets of India.

“Being a vegan, it’s really hard to find a snack over here,” she tells Broadsheet. “There’s nowhere I could find a hot snack like I would in India where it’s so common to be on the move and eating. For me, the only options I have are French fries. I’ve been looking for [others] and I couldn’t find it, so I had to make my own.”

That’s where Flyover Fritterie comes in. It’s a tiny laneway eatery specialising in Indian pakoras and chai, which Aylawadi runs with co-owner Patrick Frawley. It’s been three years in the making, starting as a stall at Kirribilli markets before popping up at larger Sydney events, such as the Finders Keepers Market and the Sydney Vegan Market.

The permanent shopfront is at the end of Temperance Lane in the CBD (off George Street) and sells only four items, all of which are vegan, three of which feature the signature crunchy, spicy deep-fried pakoras.

Keeping the menu short was intentional, says Aylawad, who is also an Indian paper artist. “Growing up in India we always associated one dish with one person who did it best, and so that’s what I wanted to do – one thing really well,”

Pakora is a generic word for deep-fried fritter and here the craggily shaped nuggets (also available gluten free) are made from chickpea flour, plenty of herbs and spices, and seasonal vegetables that are changed weekly. It could be peanut butter and celery one week, and sweet potato, zucchini and kale another.

There’s the option to have the pakoras served in a cone and drizzled with house-made chutney of either tamarind or mint and lime. Otherwise you can choose to have the hot parcels served in a khichri stew made with mung bean and quinoa (it’s traditionally made with rice); a salad of puffed rice, chickpea, avocado, spinach and chutney; or sandwiched between a soft bun with pickled beetroot and chutney.

But it wouldn’t be a pakora stand without freshly brewed chai (the two are commonly found together in India) served hot or iced and made here with soy milk (Bonsoy), single-estate Assam black tea and a masala blend. “There’s no better combination,” Aylawadi says.

She says that unlike a lot of chai, which tends to be overpowered by cinnamon and cloves, hers taste of black tea. “It’s meant to be proper black tea brewed until you get the whole body out of the leaves and you add a bit of milk.”

While the focus is now on the new store, Aylawadi says she’s eager to continue doing the rounds at markets. “We will go back for sure.”

This article first appeared on Broadsheet on June 7, 2019. Menu items may have changed since publication.