Brewing in the outskirts of Sydney’s industrial zone, The Grounds specialty coffee outfit finally exposes itself to the public, and it’s really something. 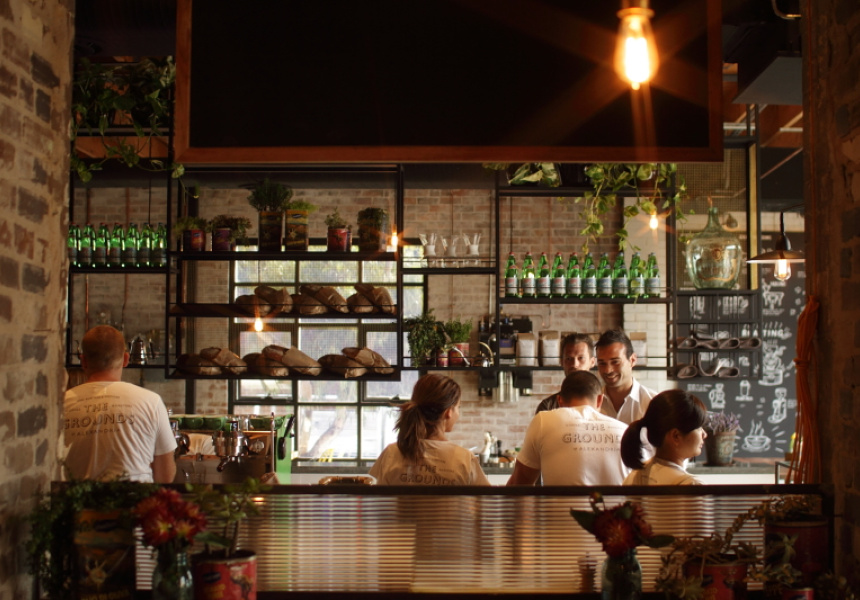 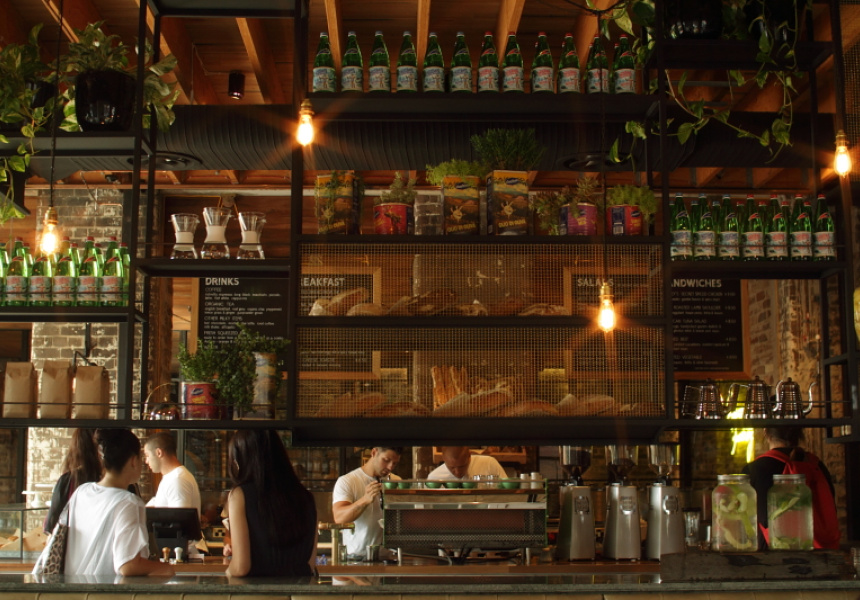 A sigh of relief echoed around The Grounds of Alexandria from the moment its doors swung open yesterday. After months of restlessly awaiting its arrival, people streamed through the door with bated breath and high expectations, finally permitted to peek behind the veil of Sydney’s most anticipated cafe in years.

Built into the remnants of a heritage-listed warehouse and spilling into an enormous courtyard and organic garden in Sydney’s west, The Grounds occupies an industrial suburb not known for its rich historical heritage, much less its lush micro-farms and handsome architecture. Contrarily, the heritage-listed factory housing The Grounds is both stunning and about as culturally indispensible as the harbour bridge, having once been the Four’N Twenty pie factory.

Retaining much of the building’s rustic charms, interior design agency The Artistry has pioneered an entirely new spin on post-industrial aesthetics. Accented by the tungsten glow of Edison light bulbs, high tech machinery and a network of exposed copper piping, the space permeates a sense of scientific discovery and turn of the century ambience that’s consistent with Hanna’s experimental coffee philosophy.

Beyond a canopy of ferns, the warm industrial atmosphere of the warehouse explodes into a fertile expanse of garden beds, olive trees, roaming poultry and rustic pergolas. Employing a full time horticulturalist, The Grounds operates a completely organic vegetable and herb garden that mimics larger scale farms in the Hunter Valley, both of which supply the kitchen.

Not to be overshadowed by the incredible standard of coffee, a tantalising food menu encompasses a wholesome, home-style selection of dishes, like the slow-roasted, pulled-pork sandwich with slaw and handmade pappardelle.

Separate to the kitchen, The Grounds bakery boasts an 800kg bread oven imported from Germany that churns out a huge selection of house breads and sweet pastries, including a signature potato and onion flatbread.

The words “research facility” burn in yellow neon across the back wall of the onsite roasting laboratory, an intimidating term for those of us without chemistry degrees. Still, The Grounds does a great job of demystifying specialty coffee to a more accessible level. Aside from running regular cupping and barista classes, the layout of The Grounds itself is designed to gently facilitate your transition into highbrow coffee culture. There’s a six-foot black board illustrating the life cycle of coffee production and a battalion of eloquent, well-informed baristas at your beckoned call. You’ll also notice that, like the kitchen, almost everything – from the space-age equipment to the entire wall of the research facility – is fitted with transparent panels, just one of many design elements aimed at creating an educational and immersive space for mocha drinkers and coffee geeks alike.

Coffee geek or not, The Grounds’ NASA standard of coffee toys puts everyone at serious risk of hyperventilating. There’s a new generation Syneso espresso machine (one of the first in Australia), a customised Clover brewer, Twin 7kg Probat roasters, volumetric milk taps (invented by The Grounds) and the crown jewel, a one of a kind, retrofitted GS2 espresso machine sitting atop a purpose-built brew bar made from a remoulded shipping container.

Like the Large Hadron Collider of specialty coffee, The Grounds represents a quantum leap in Sydney’s emerging coffee culture. Drop down for a brew before it becomes a rock concert of popularity.