The Historic Police Station in The Rocks Is Now Home to a Modern Asian Restaurant, Sergeant Lok

The prison cells have been converted into private rooms, where you can dine on salt-and-“gunpowder” squid and sausage rolls stuffed with lap cheong. 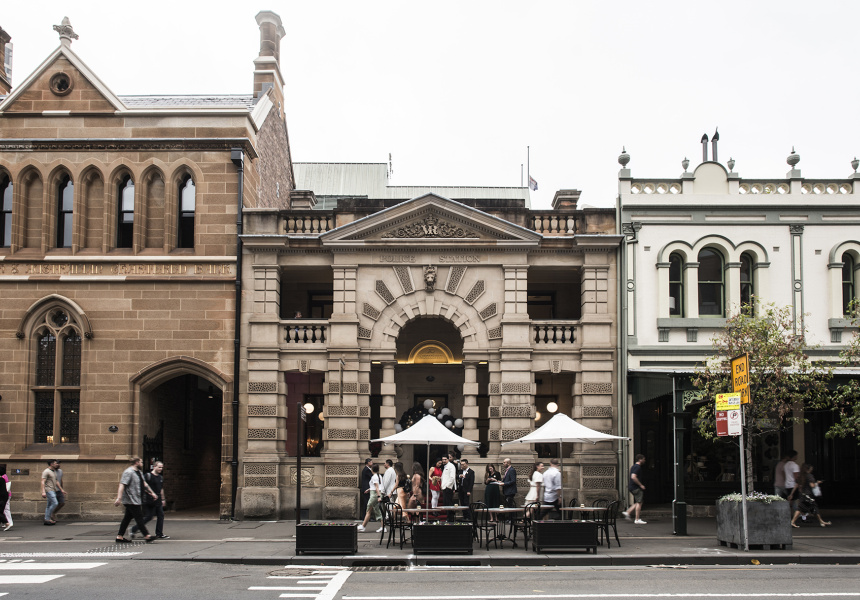 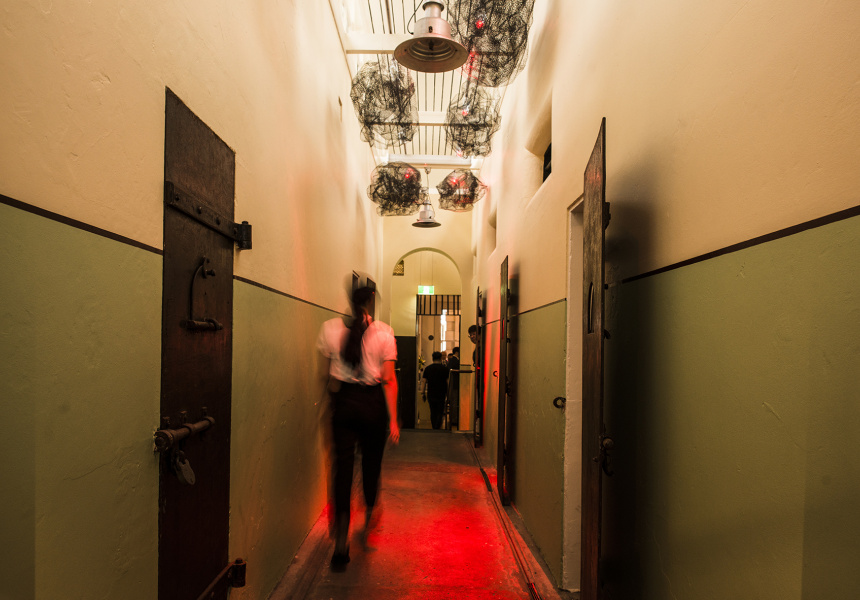 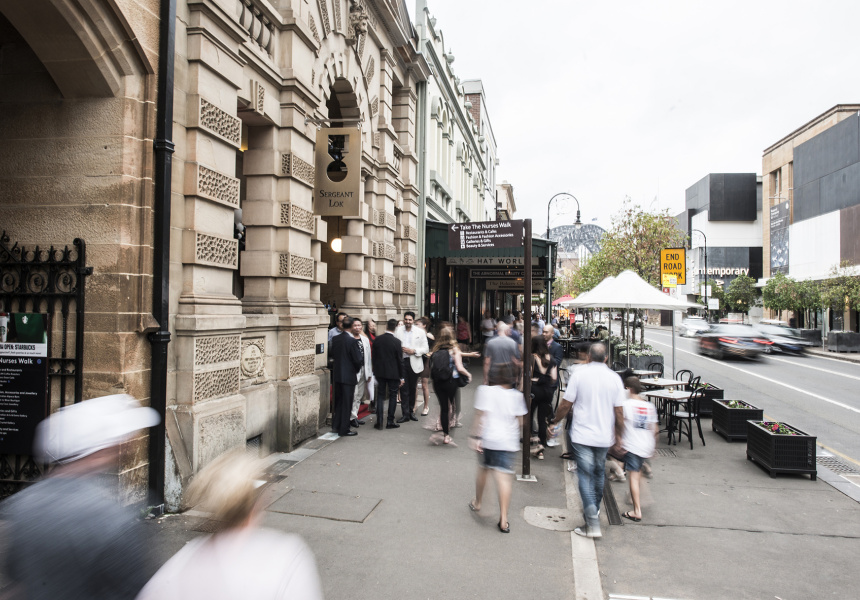 The Old Police Station on George Street in The Rocks, a grand sandstone building dating back to 1882, has been transformed into a modern Asian restaurant, Sergeant Lok. Edward Ng, operations manager, says the area’s history has been important in shaping the venue – in fact, unbeknownst to many, The Rocks was the location of Sydney’s first Chinatown.

“We wanted to commemorate the rich colonial history of early Chinese settlers in the area and the association they had with the police officers at this police station,” he tells Broadsheet. Chinese food had a significant impact on colonial settlers, says Ng, and the team at Sergeant Lok hopes to similarly influence contemporary Australian diners. “Chinese food opened them up to a new palette … and that’s the golden moment we’re trying to re-create.”

In that vein, executive chef Kay Hwang (Pony, Bennelong, Bentley) has borrowed flavours from familiar Asian recipes to build a menu that doesn’t abide by the rules. There’s a version of salt-and-pepper squid made with “gunpowder” (dried chilli and Sichuan peppers) instead of pepper, served with squid ink and a cheek of lime. A pork-ear terrine (made with master stock) comes with potato crisps, chilli and lime jelly. The vegan mapo tofu is made with house-made tofu, which Hwang says took weeks to perfect. A particular highlight from the bar menu is the Chinatown sausage roll – a small pastie filled with minced lap cheong sausage and Sichuan pepper, served with a smoked tomato sauce.

The drinks menu includes Australian and European wines, and a few signature and classic cocktails. The Barnet 1882 – whisky, absinthe, ginger, kaffir, lemon, thai basil oil and egg – honours the colonial architect James Barnet, who designed the original police station. The Electoral Room, made appropriately with rum (which was used as a commodity in early colonial days), is named after one of the jail cells that was used to hold drunk men.

But the history isn’t just present in the drinks here. The station’s original metal doors and locks have been beautifully preserved, and the prison cells have been converted into private dining rooms. Get a table in the back room, which has floor-to-ceiling glass windows and a view of the historic Nurses Walk, the site of Australia’s first hospital. Upstairs, the rooms look out onto George Street and the Museum of Contemporary Arts. Designed by Inspace Design, each room in the two-level venue has deep-blue velvet lounges, marble tabletops and splashes of gold.

And the name? Ng says it’s a nod to both the former cops stationed at the heritage-listed building and Lui Lok (AKA “the $500 million sergeant”) one of the most corrupt police officers in Hong Kong in the ’60s and ’70s.