Part of a new $94 million boutique hotel, Porter House will have three venues – a deli and wine bar, a brasserie headed up by Fish Butchery’s former head chef, and a cocktail bar – spread across five levels. 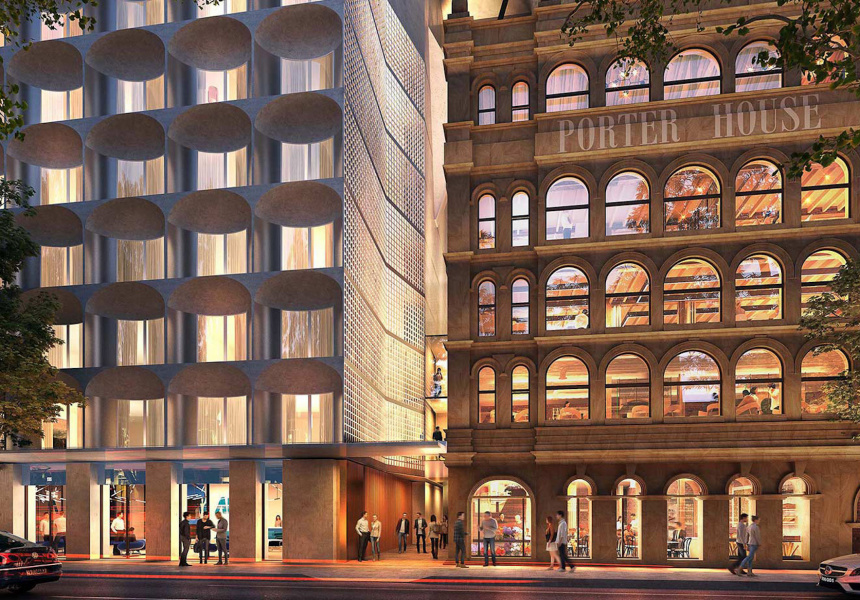 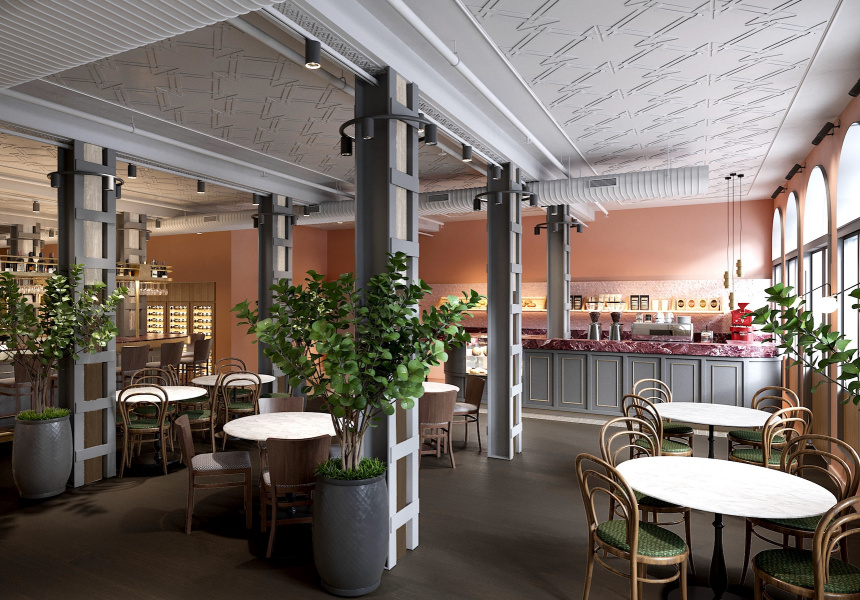 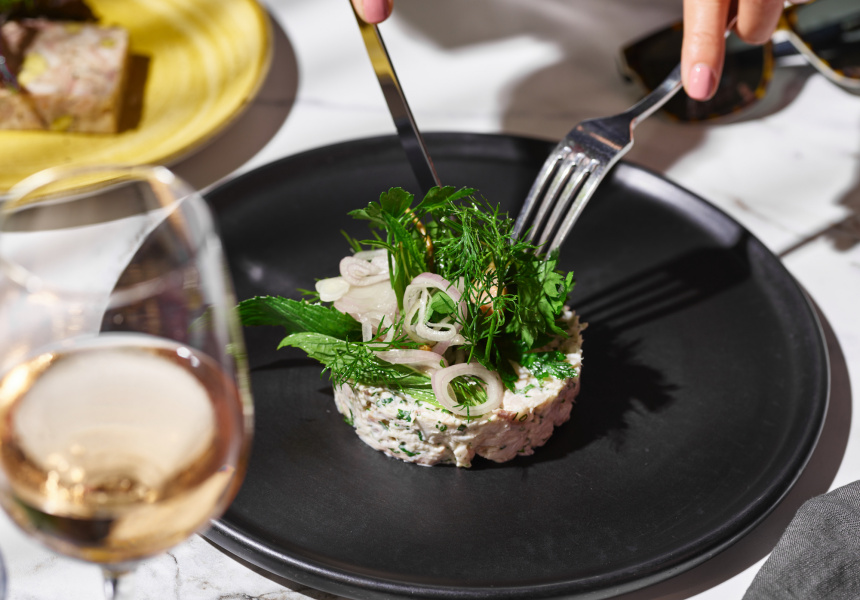 Porter House – a CBD building that began life in the 1870s as a tobacco factory and warehouse, later housing a furniture manufacturer and leather merchant – will soon become a multi-level drinking and dining destination. The venues are part of the new M Gallery hotel on Castlereagh Street, which will take up 10 levels of a new 36-storey tower (it will also feature 131 residential apartments) adjacent to the historic building; the two will be connected by glass walkways.

On the ground floor, Henry’s Bread & Wine will be a Euro-style deli and wine bar. An in-house florist will sit alongside baristas pumping out coffee, while the kitchen will offer takeaway breakfast and lunch, as well as dine-in options. While menus haven’t been finalised yet, you might expect Wagyu pastrami Reubens and bagels piled with smoked blue-eye trevalla and fennel. A four-metre wine wall will be stocked with mainly Australian drops, plus champagne. Pair the vino with snacks like pork and pistachio terrine, and a prawn roll with fermented-chilli cocktail sauce.

The brasserie, Dixson & Sons, is named for the family that built the original tobacco warehouse. It will be led by Emrys Jones (ex-Fish Butchery head chef). Rather than adhering to any one cuisine, it’ll instead be steered by NSW produce, with a focus on waste reduction. Seafood will be bought whole, and the various pieces used across dishes at Dixson & Sons and Henry’s Bread and Wine, while fruits and vegetables will also be used in their entirety – for example offcuts might be used to make a vinegar. Native ingredients such as bush tomato, native thyme, lemon myrtle and dessert lime will be in heavy rotation. Dishes may include salt-baked beets with labneh, leatherwood honey and buckwheat; roast lamb with eggplant and miso puree; and roast potatoes with bush tomato salt.

Up on Porter House’s top level will be Spice Trader, a room flooded with light thanks to a roof that’s half panelled in glass. The two floors between Spice Trader and Dixson & Sons will have meeting rooms and luxe dining spaces.

Next door, the $94 million Porter House Hotel by M Gallery will offer 122 rooms. But its team says the hospitality offering will play the starring role.

“The intention was always for the hotel to be a sophisticated supporting act to the three dining and drinking destinations of Porter House,” says Erin Proud, the hotel’s director of guest experience, in a statement. “The Porter House building hasn’t been used in its entirety for many decades, so we wanted to provide Sydneysiders and visitors to our city with an opportunity to explore and connect with this majestic, timeless building through these new food and beverage experiences.”

The hotel will offer a range of rooms and suites – some with views over Hyde Park – as well as a heated pool and rooftop garden, and a fitness centre. A huge, 11-storey-high mural by Colombian-Australian artist María Fernanda Cardoso has already been created on the exterior wall of the new tower.

Sydney's Most Anticipated Restaurant, Bar and Venue Openings For 2022 and Beyond