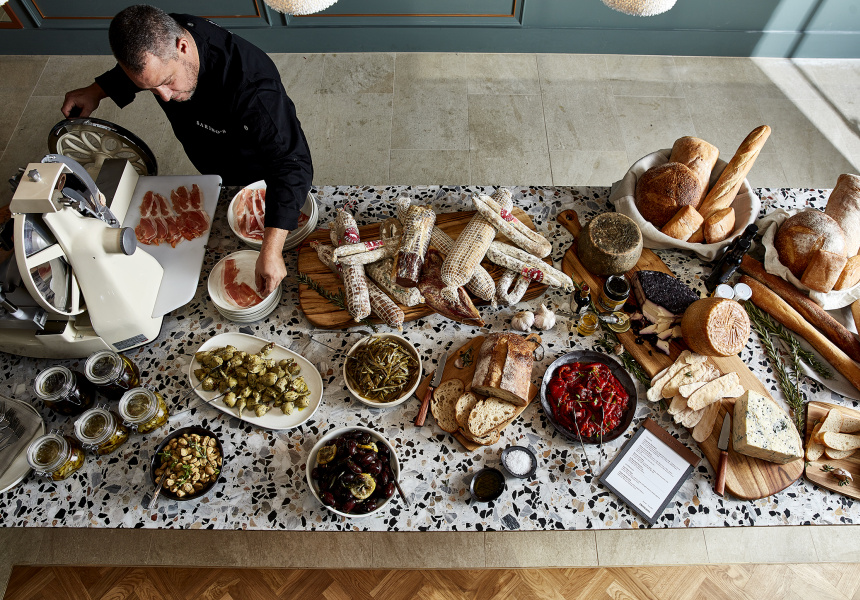 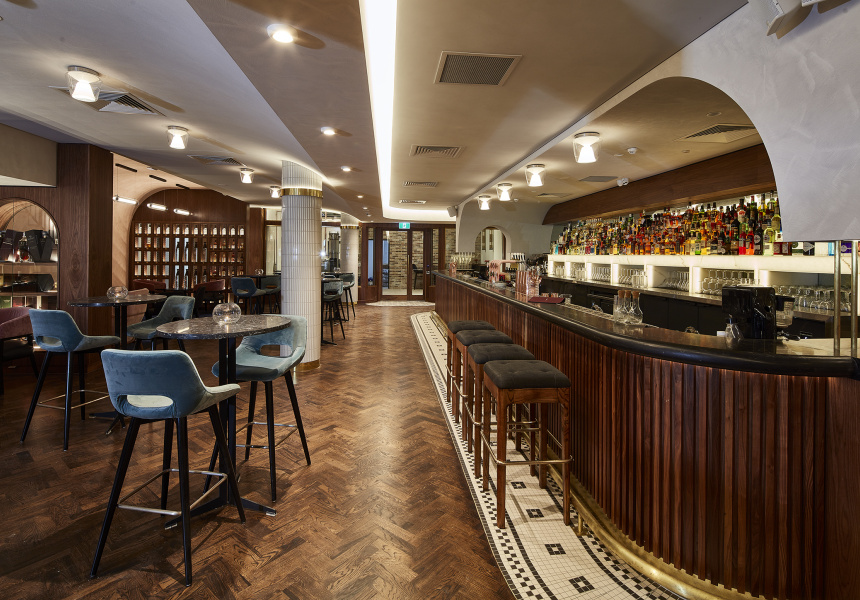 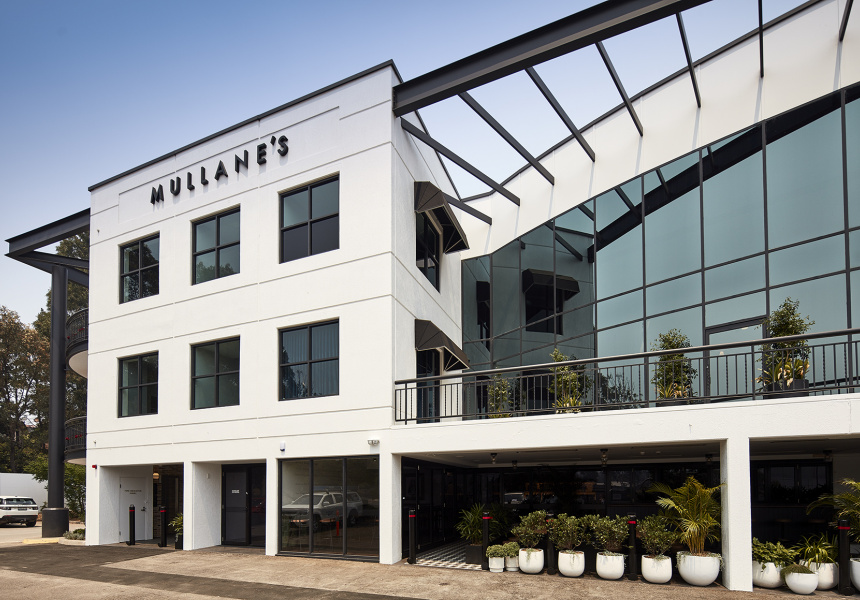 Sydney’s Hills district might be leafy and serene, but, as local Marcello Colosimo points out, it’s not exactly a hotbed of restaurants and bars. That’s one of the reasons why the Momento Hospitality CEO decided to open Sarino’s, an up-market modern-Italian restaurant, bar and craft liqueur distillery on the second floor of Mullane’s Hotel in Baulkham Hills.

“Our view was to build a very beautiful Italian restaurant and bar somewhere that the Hills crowd would be proud of, [that] they wouldn’t have to travel into town for,” says Colosimo, who’s also behind the Bella Vista Hotel, Australian Hotel Brewery in Rouse Hill, and The Governor Hotel in Macquarie Park.

Sarino’s – named after Colosimo’s father, Ross Colosimo, whose nickname was Sarino – has two distinct spaces: a restaurant with high ceilings, expansive skylights and leather booth seating, and a cocktail bar with an intimate lounge area. (There are also three private dining rooms.)

The open-plan kitchen is headed by executive chef Joe Cavallo, a former protégé of the late Darren Simpson, who has drawn on the family’s Calabrian heritage. Dishes include ravioli filled with buffalo ricotta, buffalo mozzarella and Parmigiano Reggiano, topped with a burnt-sage butter; spit-roasted porchetta with apple sauce; and a range of house-made antipasti.

The kitchen has a charcoal-fuelled josper grill, which it uses to turn out a 1.2-kilogram bistecca alla fiorentina (T-bone steak) and fillets of John Dory served with chestnut mushroom and macadamia. An Italian and Australian artisan cheese selection rounds out the food menu.

The drinks list is just as considered. There are more than 200 wines to choose from, plus an Italian-leaning cocktail list. The Arrosto Sunday Roast Negroni, made with smoked rosemary and butter-washed gin, is our pick. If you’re after a more zesty, summery option, try Il Fiore, with gin, Chambord, rosé and lime. When the in-house distillery opens adjacent to the bar – we’re told it should be early this year – you’ll also be able to buy house-made limoncello (made from lemons grown at the family’s orchard) and an almond liqueur that’ll be used to make affogatos.

The venue also has a bottle-keep program, where you can splash out and purchase more than two dozen top-shelf whiskies, including one that’s valued at over $10,000 (Macallan Reflexion by Bob Dalgarno). The bar will hold your bottle in one of 60 purpose-built liquor cabinets for safekeeping between visits.

And if you live within a five-kilometre radius, you can book a Mercedes-Benz chauffeur service that’ll drop you off at the front door and then later, home.