Australia's finest barkeeps converged on Sydney for the final of the World Class Cocktail Competition. 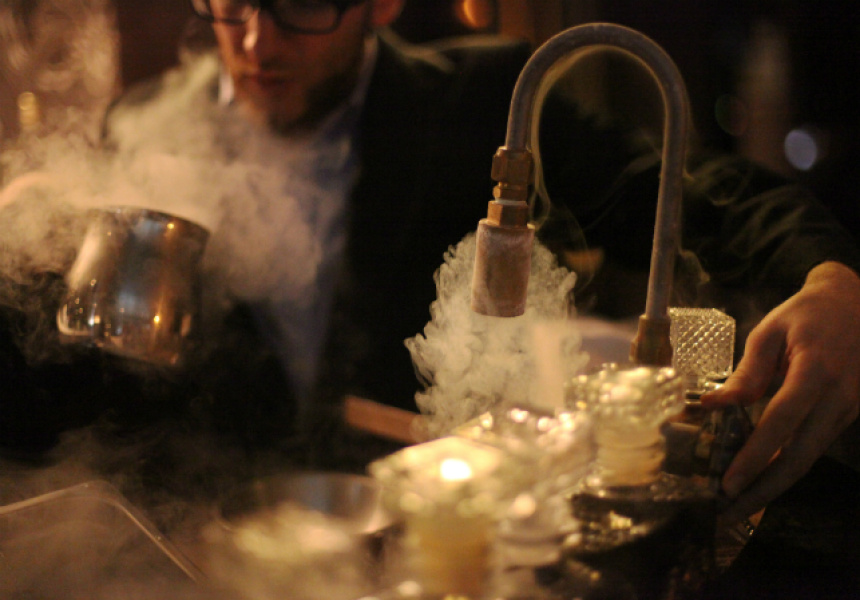 And after a dizzying three days of muddling, shaking and stirring, a winner has been crowned at the Australian round of the World Class Cocktail event. For the second year in a row, Tim Philips from Hemmesphere has taken out the Australia’s Best Bartender title, with the competition final held from June 11 to 13 in Sydney.

The victory came after an exhaustive three-day competition featuring 10 of Australia's top bartenders. Philip Gandevia from Eau de Vie and The Roosevelt and Angus Burton from Canvas in Brisbane, were runners up for the title.

The final saw 10 bartenders put through their paces in four categories: cocktail mastery, speed and taste, classics and a food matching round. Held at Sokyo at The Star, the food matching round saw the bartenders challenged to create an original cocktail to compliment the dishes of a five-course Japanese degustation menu designed by chef Chase Kojima.

Philips’ winning entry for the food matching round was his ‘Sesa-Who? Sesa-Me Sour’ creation, made from lime and celery bitters, baby beetroot-infused Ciroc vodka and sesame oil aromatics.

The Australian round of World Class Cocktail was one of 40 similar events held around the globe. Organised by the massive liquor conglomerate Diageo Reserve, the winning bartenders from each country will meet in Rio de Janeiro in July to fight it out for the title of World's Best Bartender.

And so we wish Tim Philips good luck as he jets off to sunny Rio to do battle with the world's finest mixologists.