At the second outpost of this contemporary Vietnamese restaurant, expect a more refined approach and a secret drinks menu you need a UV light to read. 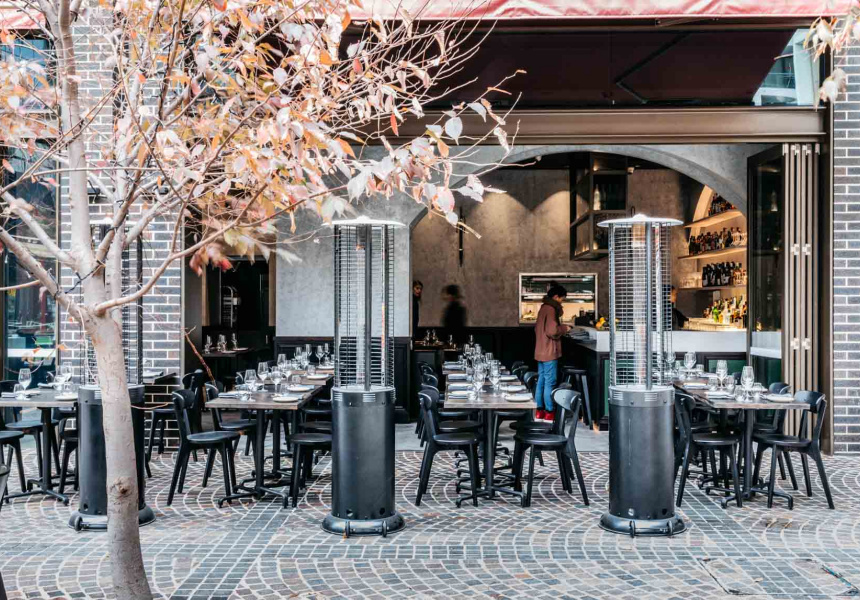 Cuong Nguyen reckons he’s less nervous now than he was when he opened Hello Auntie in Marrickville more than four years ago. Today service commences on his second contemporary Vietnamese restaurant of the same name – this time on the city edge, at Haymarket’s new Darling Square, a retail, dining and residential hub located where the Sydney Entertainment Centre once stood.

Nguyen tells us he’s been working on the concept for a while and is feeling focused and excited. “It took me a long time to perfect our Marrickville store, so I didn't want to rush into [this]. I wanted to be 100 per cent satisfied with everything, from food to service.”

The space is more refined this time round, with outdoor seating overlooking a square and, on the inside, dark timber with forest green accents, a floor crafted from two types of stone, custom lighting and a marble-top bar. Nguyen has also updated the menu, which now features more small plates and lots of drinks. “New venue, new menu for the new season,” he says, adding that the changes will eventually make it to Marrickville as well.

Signature dishes such as pho (made by Nguyen’s mum Linda Tran) and the banh xeo – a crispy coconut and turmeric crepe with onion, bean sprouts and jicama – can still be had, though they’ve been reworked slightly. Newbies include an arancini-style dish that plays on Hello Auntie’s banh khot. The saffron and turmeric rice ball is filled with spanner crab and topped with an oyster emulsion and scampi caviar – keeping with Nguyen’s goal of serving more seafood here than he could previously.

There’s also an experimental take on cá kho, a Vietnamese dish of braised fish. Here he uses cobia, a fish he says he doesn't see much around Sydney but which can hold its own alongside big, bold flavours. He serves it on a bed of risotto. The Wagyu beef entree comes with seared foie gras, Brussels sprouts puree, sun-dried capers and smoked shallots.

Hello Auntie 2.0 is also more drinks-forward, with a curated saké list that Nguyen is offering as an alternative to white wine – “something that’s nice to sip on and drink throughout the meal,” he says.

There’s a couple of shareable cocktails served in carafes – inspired by the system at Korean barbecue joints, where a bottle of soju is left at the table for diners to pour into their glasses as they please. For example, you can get a jug of Good Morning Vietnam, a mix of soju, gin, rose tea and fresh lemon juice.

Be on the lookout for the secret drinks list printed on the coasters. Ask the staff about it, and they’ll use UV light to reveal the hidden menu. If you sit at the bar, it has its own coaster list, too.

The space is a collaborative effort between Nguyen; his wife Michelle, who’s an interior designer; and Kathryn Ashley of hospitality design company Guru Projects. With this second outlet, Nguyen fully embraces the “fusion” label he shied away from in the past –though he reckons “new-school Vietnamese” is a more apt description of what he’s doing.

“My last trip to Vietnam, there are so many cultures there now,” he tells Broadsheet. “A lot of expats have gone back home and started businesses, infusing [the cuisine] with other cultures.”

His family moved to Sydney as refugees when he was a year old, and he grew up eating his mum’s home cooking. He trained as a chef in Italian cuisine, and Nguyen’s style of fusion is his own. “It’s my interpretation of Vietnamese cuisine, [created] through my experiences and memories.”

Hello Auntie will soon be surrounded by other eateries: a new outpost of modern Filipino diner Rey’s Place, Golden Century’s XOPP and Japanese pasta restaurant Pasta Wafu, which will be in the nearby Exchange Building, which houses the Maker's Dozen, a group of 12 food and drink retailers, among many others. 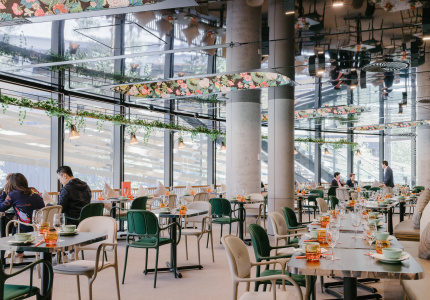