The Sydney eatery employs and trains refugees and asylum seekers – and it offers a rotating menu of curries, sambal and roti. 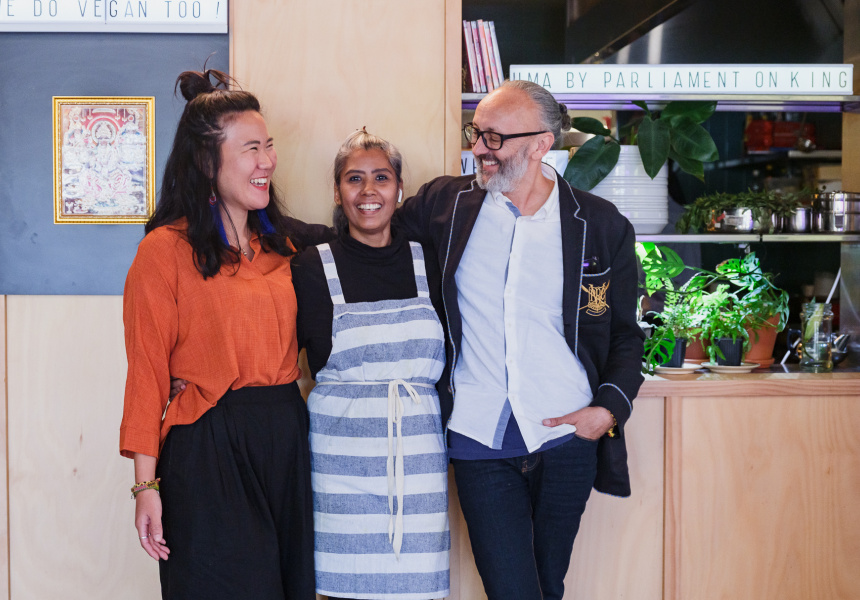 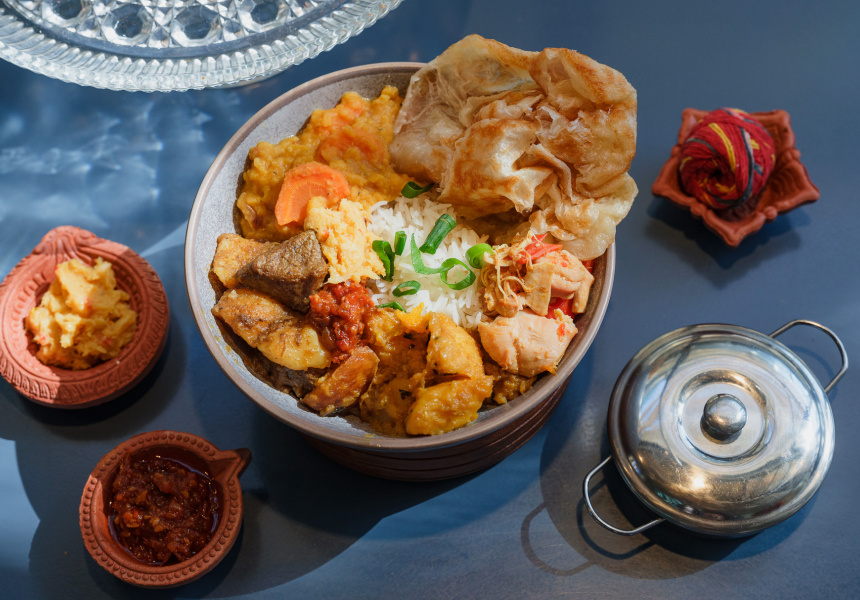 Found in The Exchange at Darling Square, new Haymarket curry house Uma Curry & Roti is the latest development for the social enterprise led by founders Ravi Prasad and Della Zhang.

Prasad says the “curry house” label reflects his Indian family’s culture. “This is what my aunties cook,” he says. As for the name, Uma is the Hindu goddess also known as Parvati or Durga. “Ummah” is the word for “community” in Arabic, while “Umama” is a girl’s name. “So it works for all our Arabic, Muslim and Indian friends,” says Prasad. “In a sense, I feel a bit closer to what we’re doing [at Uma]. I guess it’s rooted in family.”

Uma specialises in dishes from the chefs’ family homelands, including Myanmar and Sri Lanka. It’s a second location for the social enterprise, following Erskineville’s Parliament on King, which employs and trains refugees and asylum seekers. In addition to the two eateries, the team also runs a catering company that was temporarily put on hold during last year’s lockdown.

“Lendlease offered some incentives to get us in [to The Exchange], so we said yes,” says Prasad. “It’s a great opportunity to grow what we do, at a time when we really need to.”

“All my family talks about is food,” she says. “My sister makes food for special community events. My brother is a fine-dining chef in New York. When I mention the name of my grandfather’s business, Burmese people still know it. Burmese people really like my food, because it’s familiar but different [from what they know from home].”

The result is six or so curries that change on a weekly basis, alongside rice, flaky roti and sambal, many of which are vegetarian or vegan, and gluten-free. Depending on the week, you can find pumpkin and potato curry, dal, chicken and capsicum curry or beef and potato. And you can choose two options for just $12.50 to $14, including roti. Opening This Week: Avi’s Kantini, a Middle Eastern-Inspired Eatery Inside Newtown’s the Bank