Five handsome devils with a thing for hot sauce. 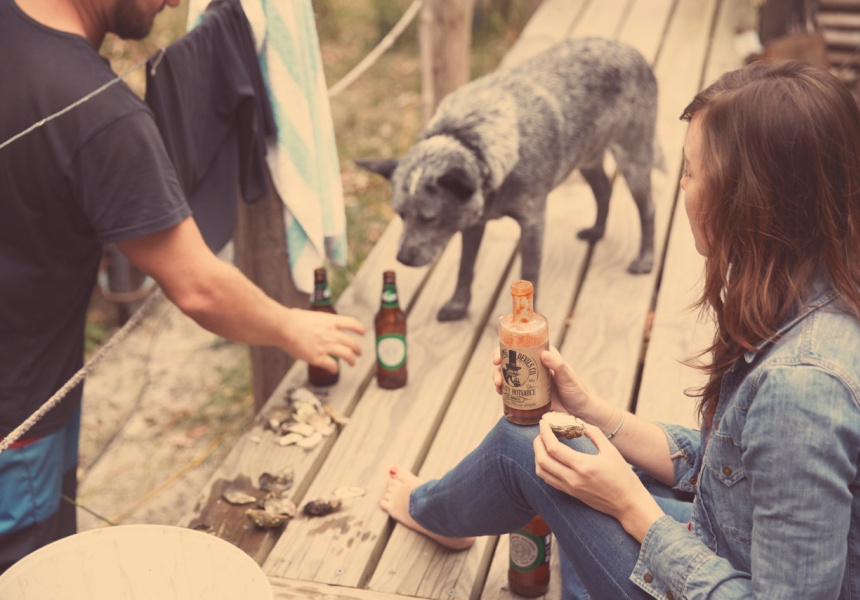 The company was formed in 2013, when a group of friends with a shared love of Mexican food began making hot sauce in their kitchen. “We had so much (bought) hot sauce coming through the house, that it was actually getting too expensive,” says co-founder and sauce creator, Ryan Brown. “So we thought we should just make it ourselves.”

Blending their favourite chillies with locally sourced ingredients, the hot sauces focus on flavour rather than heat, although they each have a fiery kick. First comes their signature Chipotle – a sweet and smoky sauce made from smoke-dried jalapenos that recently picked up a silver medal at the Royal Hobart Fine Food awards. De Arbol is a classic Mexican red sauce and the Savina is a blend of habanero chillis, coriander and mango. Their latest creation, Verde, will be released in mid-July via a Kickstarter campaign. The mildest of the four, Verde is a fresh and zesty vinegar-based product.

Then there are the beard oils, which were a last-minute addition to the range. For those not so up-to-date on male grooming habits, beard oil is used to reduce skin irritation underneath the hair. “The natural oils that we’ve got in there are basically just really good moisturisers that also treat and soften the hair,” says Brown. The guys all use and espouse the benefits of their own product. “I wanted something to stop that itch and make our beards a little softer and smell great. The scent isn’t super strong, but if you are lucky enough to get close to us you will be pleasantly surprised.”

The team thinks hot sauce should replace tomato sauce as a kitchen staple. In an effort to illustrate its wide application, they’ve also created raw Chipotle, Cacao and Goji Berry Balls and the Handsome Devils’ take on the Bloody Mary – the Bloody Handsome – which can be made using any of their hot sauces. “I'm trying to show people that our sauces aren't just for tacos,” says Brown. I’m using them as salad dressing, marinades and in things like the goji balls. They actually add to a meal – unlike really, really hot sauce.”

The sauces are now stocked at more than 45 retailers around Australia, including Sydney’s Feather and Bone, Hudson Meats and deli/warehouse Salt Meats Cheese.