I’ll have a trim and a negroni thanks. 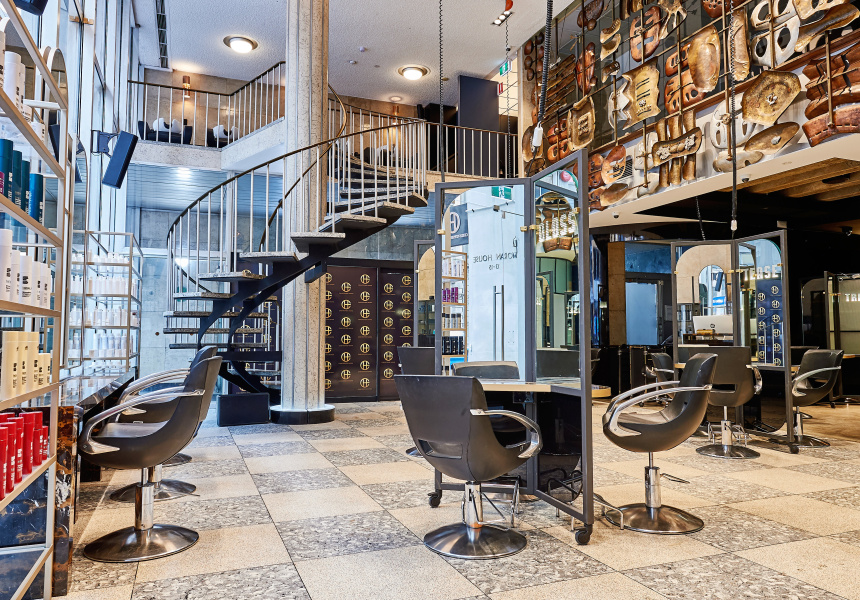 The idea of a cocktail and a haircut isn’t a crazy concept, especially in Sydney where we’re already accustomed to a tipple in a record store, a shirt shop and, well, a barbershop. The recently opened Christopher Hanna Salon on Bridge Street will soon be home to a 65-seat bar, opening later this month, and offering classic cocktails and snacks. Bar ambassador Mikee Collins acknowledges the idea isn’t new, but says it will be “the most sophisticated bar offering in an Australian salon in history”.

“There are similar ventures in Paris and New York but nothing at this scale has ever been done in Australia,” he explains.

Sweet and savoury pastries (some flown in from Italy) and granola bowls will feed the early birds, before a bar menu kicks in at noon. There will be nuts alongside local and imported cheeses, artisan charcuterie and snack-style dishes including Spanish sardines on toast and chicken liver parfait.

For those wanting to take it to another level, there will be selection of caviar priced between $150 and $350, or you can pre-order a platter of lobster.

As for drinks, there will be nitrogen espresso on tap, champagne and traditional cocktails mixed from a sensible 10am. Otherwise visitors wanting a non-alcoholic refreshment can opt for ice tea or cold-pressed juices. “It is very West Hollywood with black Italian marble, velvet seats, Versace wallpaper. It has that sexy lifestyle feel to it,” says Collins.

The bar – which backs onto the lane where you will also find Mr. Wong and Kid Kyoto – has been designed by Melissa Collinson, using the salon’s 1950s heritage building home as inspiration. Notable features include the copper and black marble horseshoe bar and a spiral staircase leading to the mezzanine.

While the bar will be open to the public, the salon will remain the primary focus of the business, although there are plans to take the salon-bar hybrid idea around Australia once the Sydney venue is off the ground. “We are starting to look at options interstate. We are hoping to have one flagship per state, then maybe if we’re lucky New York,” says Collins.

The Christopher Hanna Salon is set to open its bar in late January 2018.